This word chain will come back to me

I am a four-letter word.

What word am I?

Note: There are six separate words in this chain. Please list them all with explanation. I used popular sites like Thesaurus.com or Wordhippo.com. 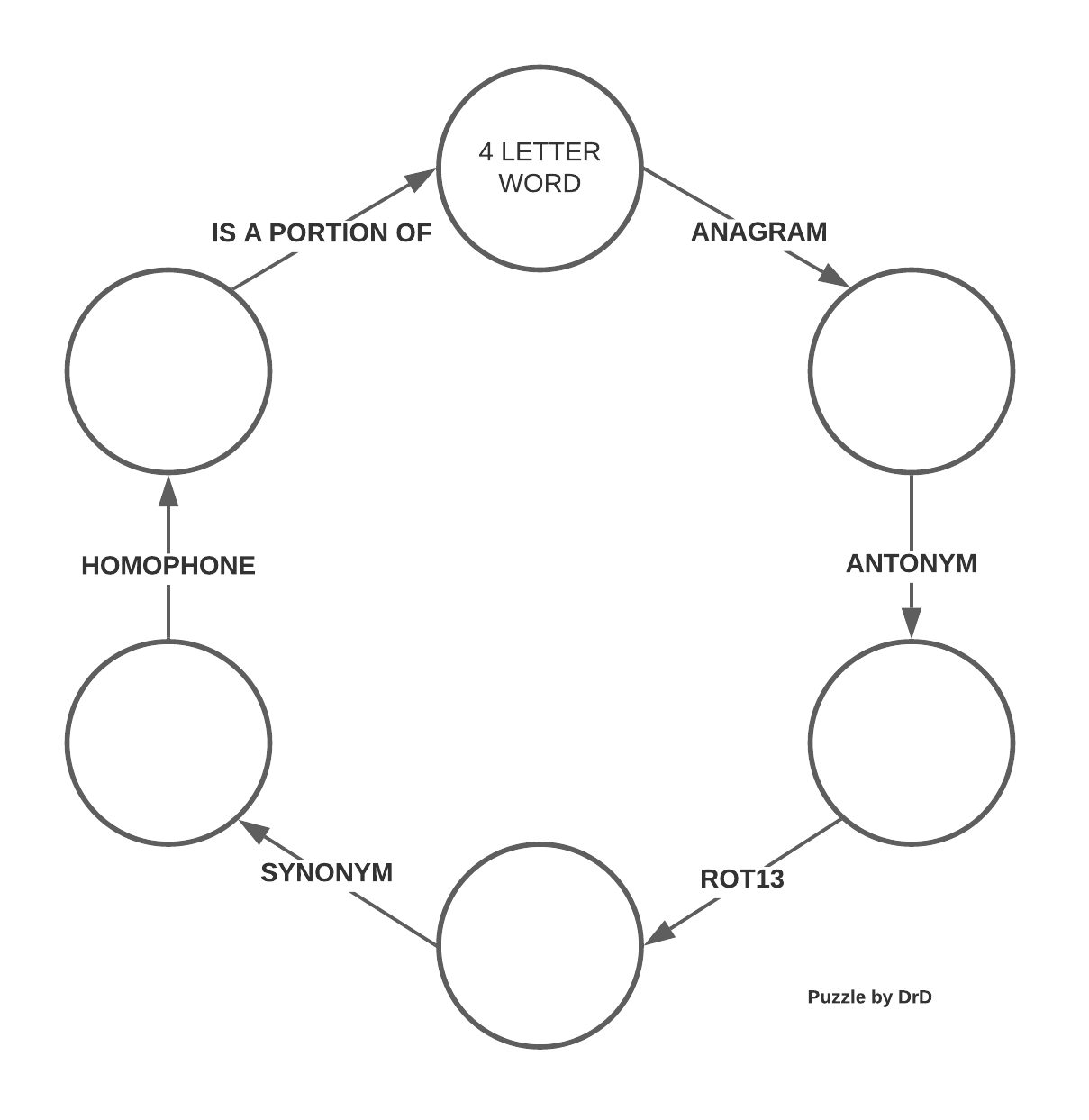 There are not many words that transform to another word after Rot13. The Rot13 word is a 3 letter word.

This word is typically described by two separate colors

One of the six words in my solution is Stake

With the third hint, it is now possible to see a cycle using:

Re an earlier comment of mine on another answer, this interpretation makes linguistic sense of the OP's use of the word 'portion' rather than 'substring'.

Re Hint 2, the 'two colours' referred to are:

I have a possible answer: 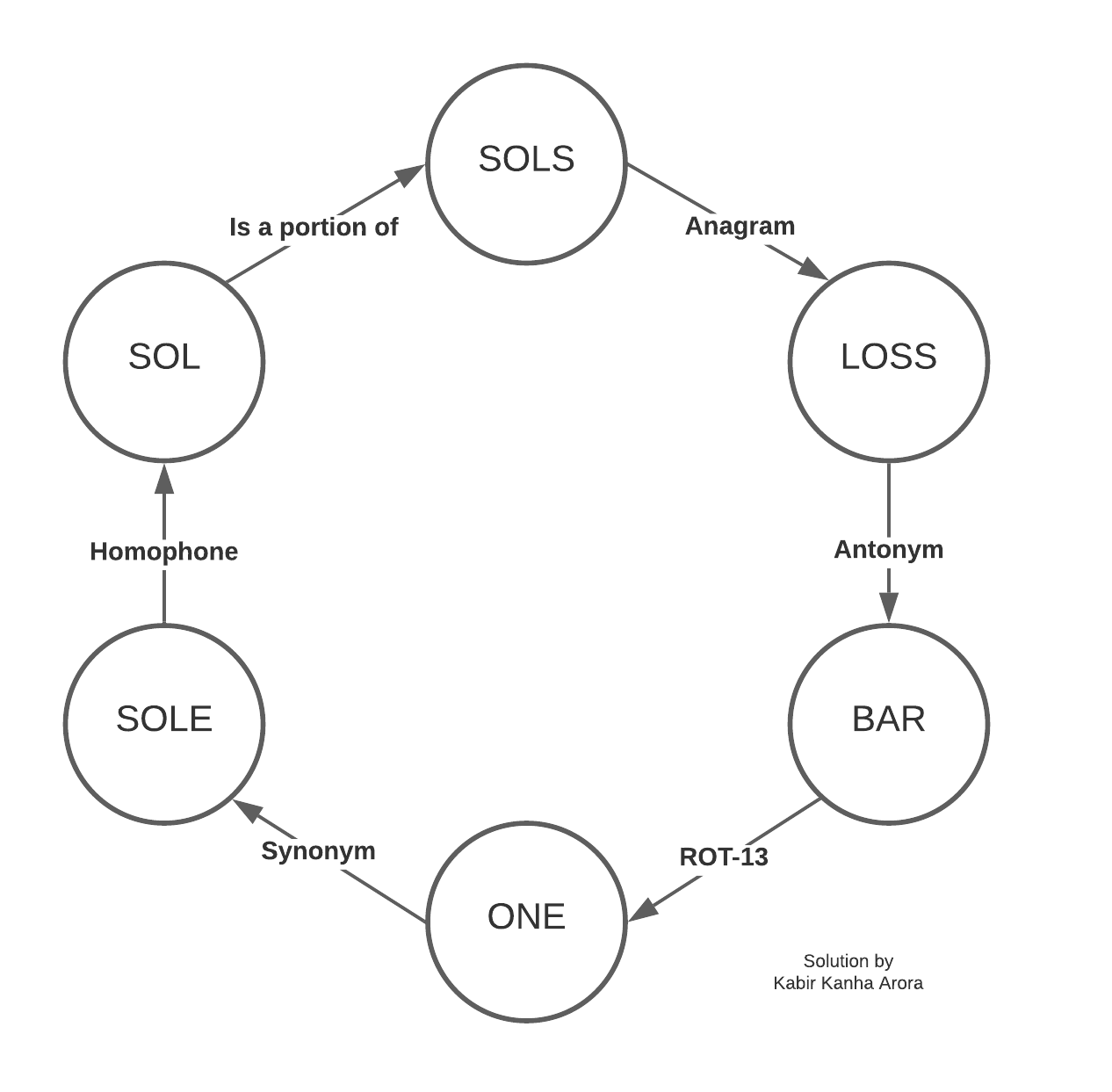 While is a portion of, anagram, and ROT-13 are self-explanatory, the sources for the other three transformations are linked below:

Antonym of BAR
Synonym of ONE
Homophones of SOLE

LOSS is listed as the antonym of BAR, this solution assumes that this relationship is commutative.

Ok, I'll throw my imperfect guess into the ring

MEAL
MALE (Anagram of meal)
SHE (Antonym of male)
FUR (Rot13 of she)
MANE (synonym of fur. I'd have preferred coarse, but that doesn't seem to show up as a synonym)
MAIN (homonym of MANE and the MAIN course is a portion of a MEAL)

I don't find this terribly satisfactory, but it does kinda meet all the conditions.

PEON (i.e., a person with a junior position in some hierarchy)

which has an antonym

which has a synonym

which has a homonym

SOUL (i.e., alleged immaterial part of a person's being)

which is a part of

any person (if there are such things as souls at all), including in particular a PEON.

The last step is the least satisfactory one for me; the others all seem pretty good.

Not the answer you're looking for? Browse other questions tagged word word-ladder or ask your own question.