This is part 3 of the puzzle series that started at Living the traveller's dream. Each part is solvable on its own. 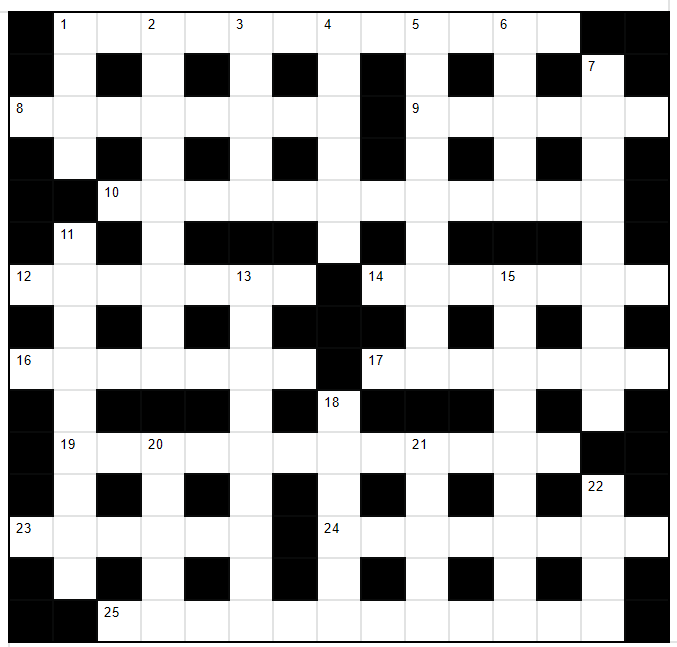 As I'm sure you know, I am pretty much an all-round traveller. I'm just as interested in climbing mountains as I am in visiting cathedrals or lying on a beach somewhere. There are, however, some things I'm not really cut out for. It turns out whitewater rafting is one of those activities!

This week I have walked in lush rainforests, seen a historical place of internment, watched a space launch from afar, tried out some exciting examples of Creole cuisine, and chickened out of rafting on a rather scary-looking river. Can you guess where I am?

Across
1. City is not located in ultimately harmonious, neutral ground (5-7)
8. Game presents fanged creatures (8)
9. Foxy ladies terrorised Vin's ex (6)
10. City of Oz fantasy character with Sauron's first power rings (5,7)
12. Long and thin stone jewellery item with glossy finish (7)
14. Pianist Garland has always shown respect (7)
16. Member of a Native American tribe; he made a city at the mouth of an eponymous river (7)
17. Pay cook to get cooked water flowing along the border (7)
19. Penal colony for sportsmen from NJ and NY, except three (6,6)
23. Spooner's fixed fruit conserve and it's been thrown into the sea (6)
24. I try principally to keep limits to nakedness in court, which is natural behaviour (8)
25. Tina shook President Bush being held by extremists in Swiss town (5-7)

where she has visited 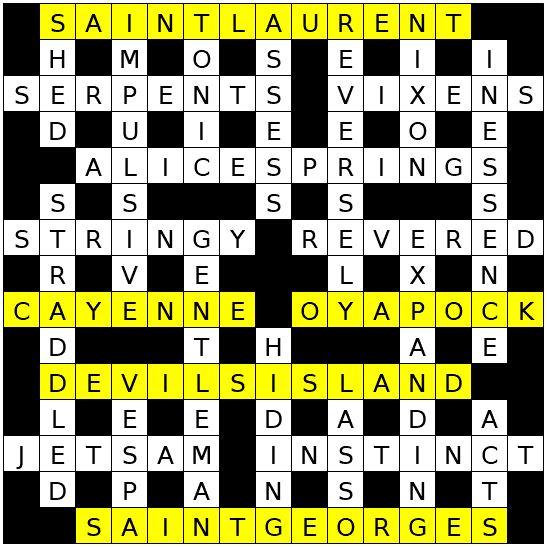 Explanations (brief because I should have been in bed some time ago):