The voters in a round table

There are $n$ MPs seated around a circular table, prepared to cast their votes on a single yes-or-no question.

The voting goes by rounds. Each voter raises his hand for 'yes' and keeps it down for 'no'. If a voter's neighbors both vote the same way in one round, he will vote that way in the next round; but if one of his neighbors votes 'no' and the other one votes 'yes', he keeps his current choice for the next round.

The voting ends when all $n$ voters keep their votes no matter how many further rounds take place. 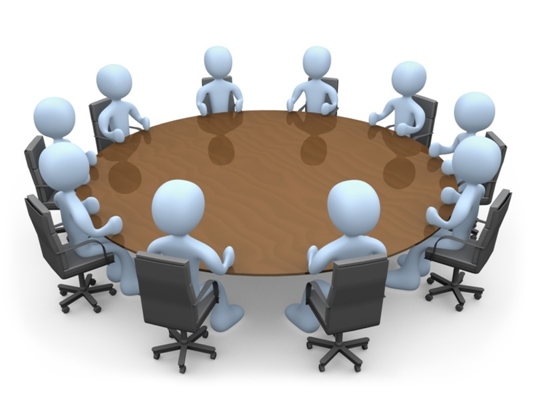 The following fact is the key to answering this question:

$(*)$ if any two adjacent MPs vote in the same way, then all votes will eventually be locked in indefinitely.

An MP will only change his vote if both his neighbours vote differently from him. So if two adjacent MPs ($M_1$ and $M_2$) vote in the same way, then clearly their votes are both locked in indefinitely. WLOG, let's say they both vote 'yes'.

At this stage, the pattern repeats. Argue exactly as above with the adjacent 'yes'-voters $M_1,M_2$ replaced by the adjacent 'no'-voters $M_k,M_{k+1}$. This argument can carry on indefinitely, and since $n$ is finite, we eventually come to an end. So all votes end up being locked in.

The converse is also clear: if the MPs' votes alternate so that every adjacent pair of MPs vote differently from each other, then every yes-man is in between two no-men and vice versa, so in each round all votes are toggled, and no votes end up being locked in.

So voting continues forever iff the MPs' votes alternate all the way round the table, which can only happen if $n$ is even.

So the answers to the OP's two questions are:

what values of $n$ ensure a definite end?

if the voting is endless, how were votes cast in the initial round?

Alternating all the way round the table.

The voting is endless when

$n$ is even and votes alternate around the table

The voting has a definite end in all other cases.