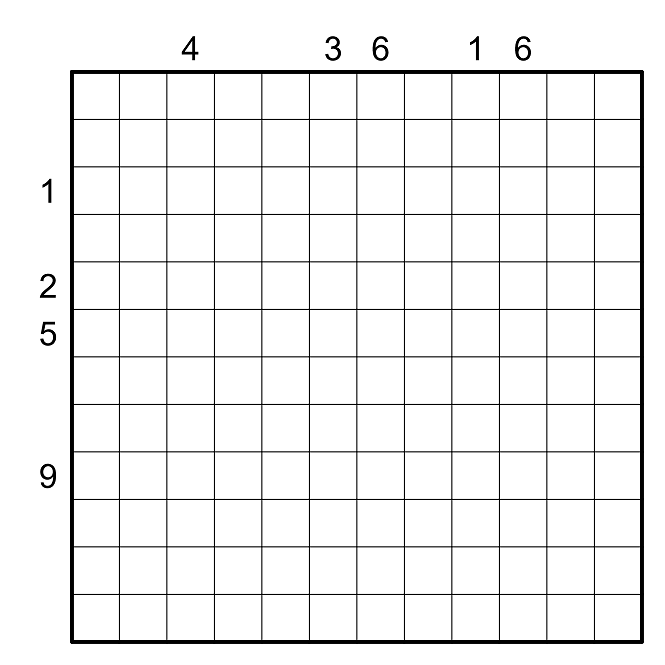 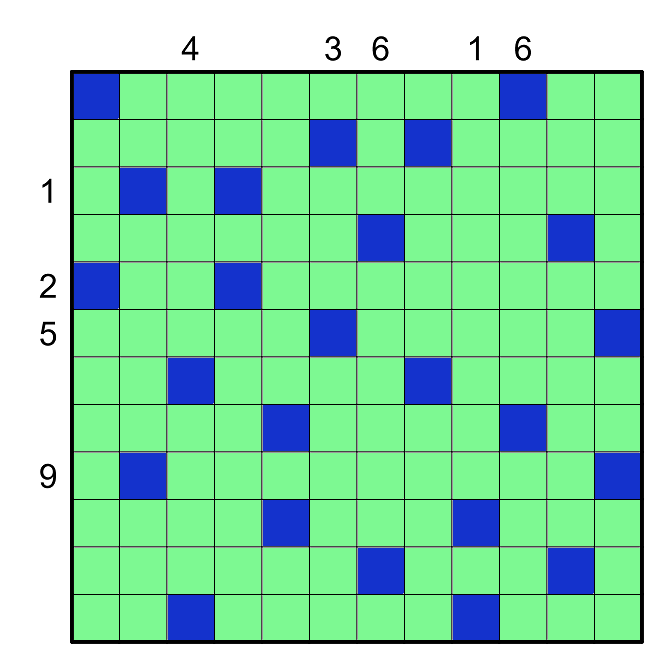 As a first step, note that for all the columns and rows with a gap of size at least 6, we know that some of the middle cells need to be empty: 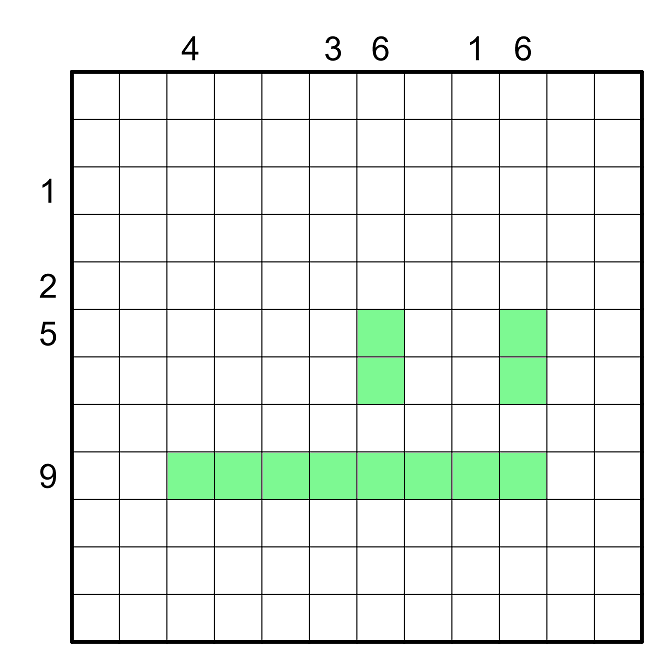 This yields a number of other cells which also need to be empty, since they cannot form a gap of the required size: 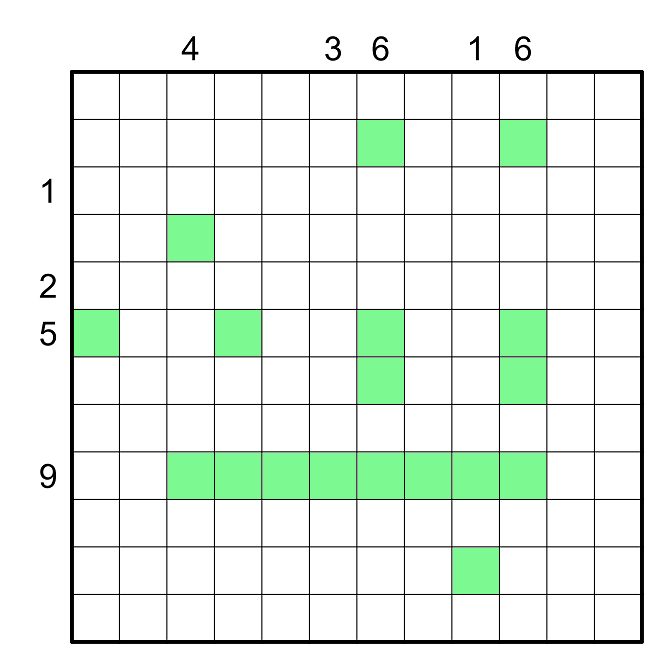 Now comes the first deduction which is a bit trickier: 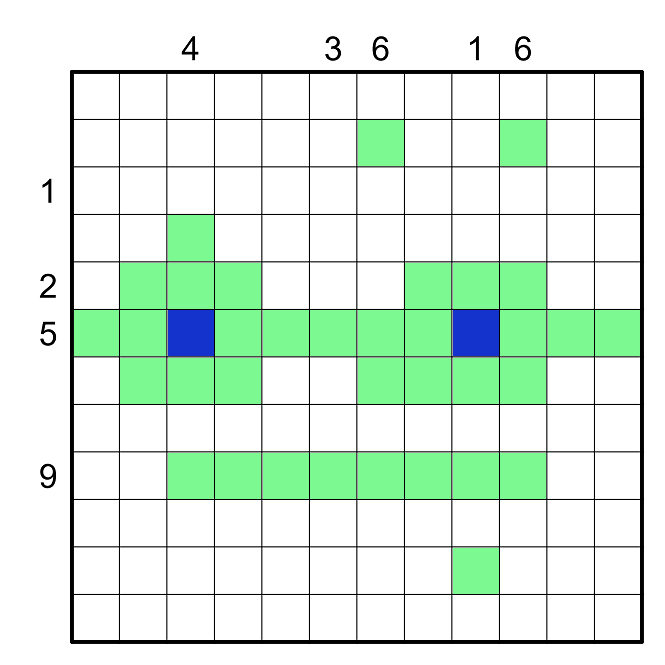 Note that in such a situation, it is impossible to complete the 2 row in a valid manner. The only way of avoiding a situation like this, is by filling the 5 row as follows: 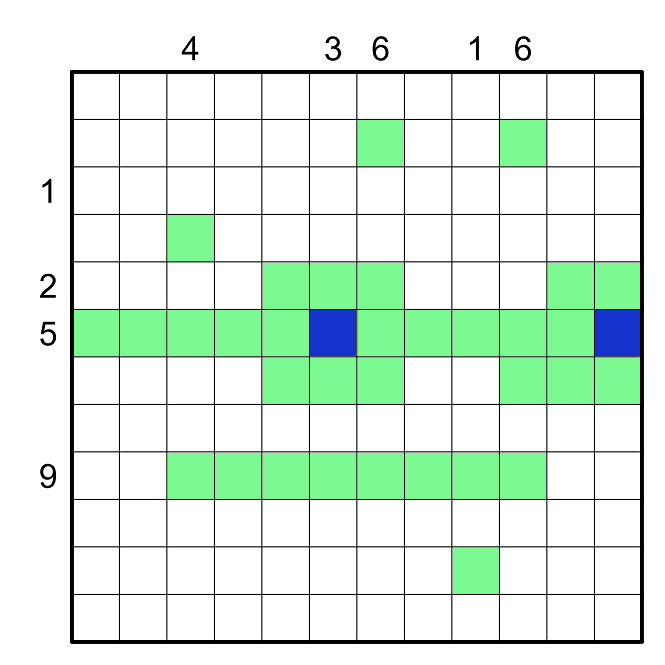 This leaves only one way of completing the 2 row. By furthermore marking some cells which cannot contain stars anymore, we get the following situation: 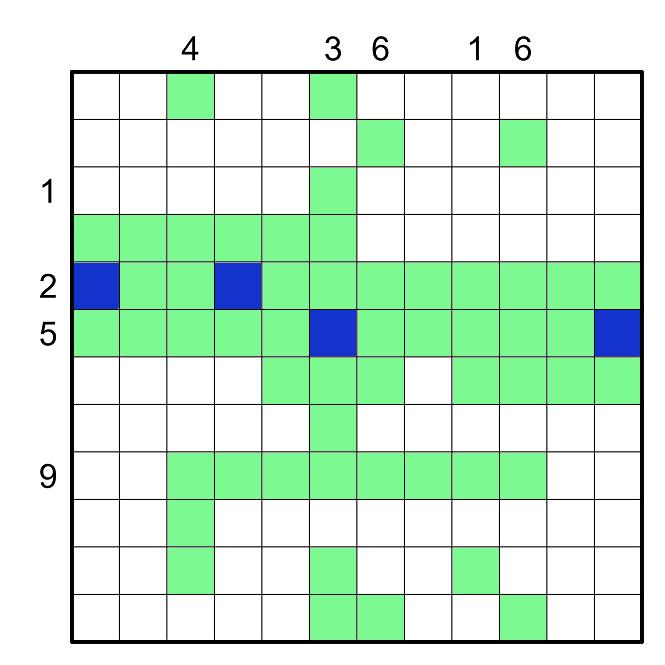 Next, we look at 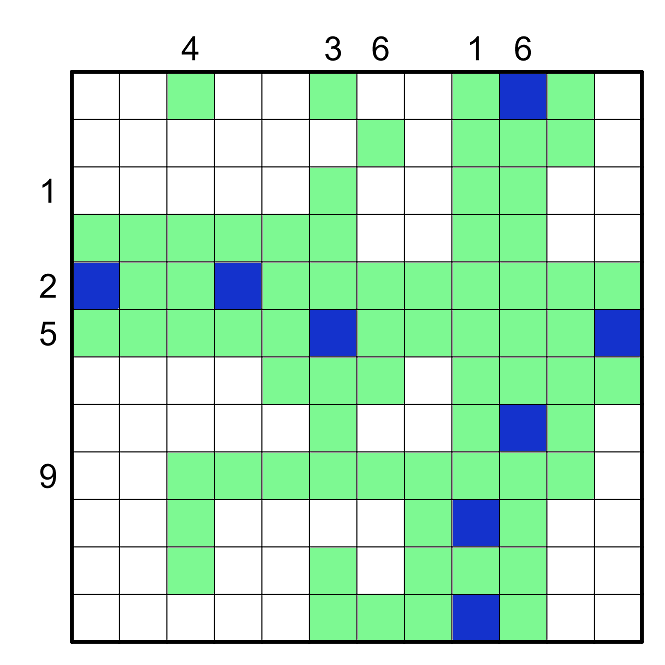 Now the 9-row can be completed in only one way, which in turn forces the position of one of the stars in the 4-column: 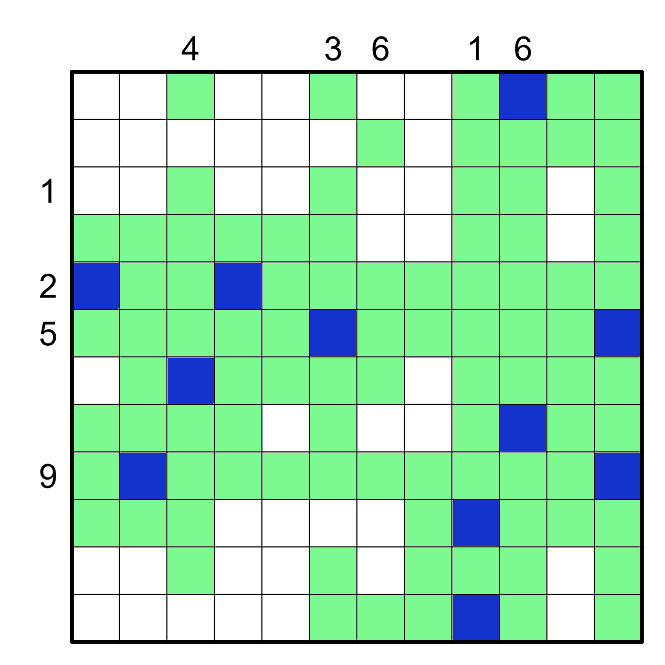 Now we are almost done!

The remaining 6-column (column 7) may not block off both possibilities for completing the 3-column next to it. This eliminates one of the possibilities of this column: 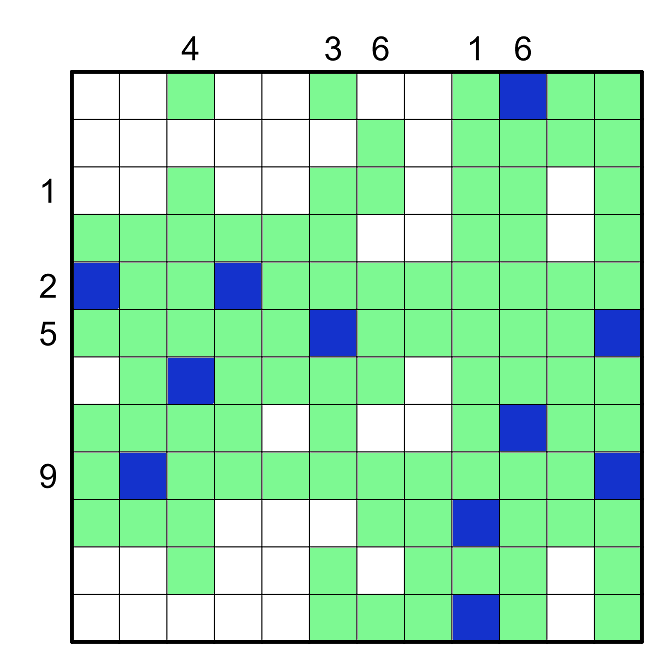 This leaves only one way of filling the 1-row, which leaves one possibility for completing the 4-column: 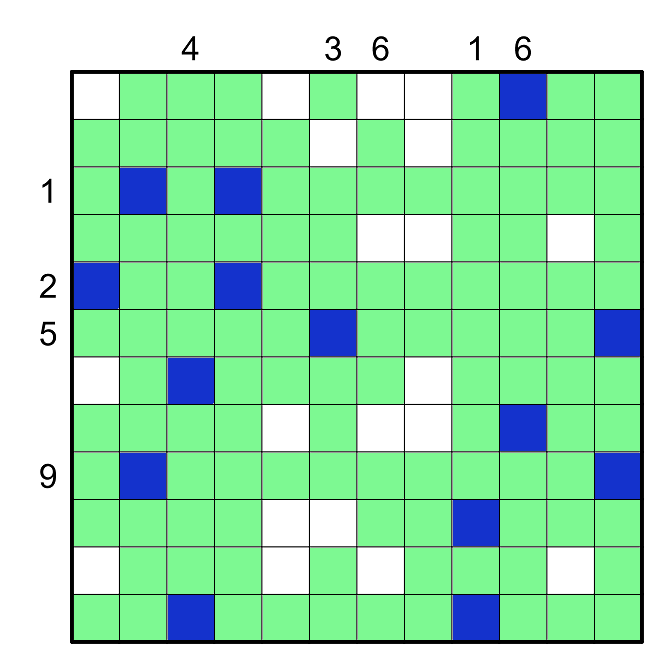 Now row 2 and column 11 can be completed, which quickly resolves the rest of the puzzle: