Ask Question
Asked 5 months ago
Active 5 months ago
Viewed 143 times
-2
$\begingroup$
Closed. This question is off-topic. It is not currently accepting answers.

Is this tree I constructed correct? 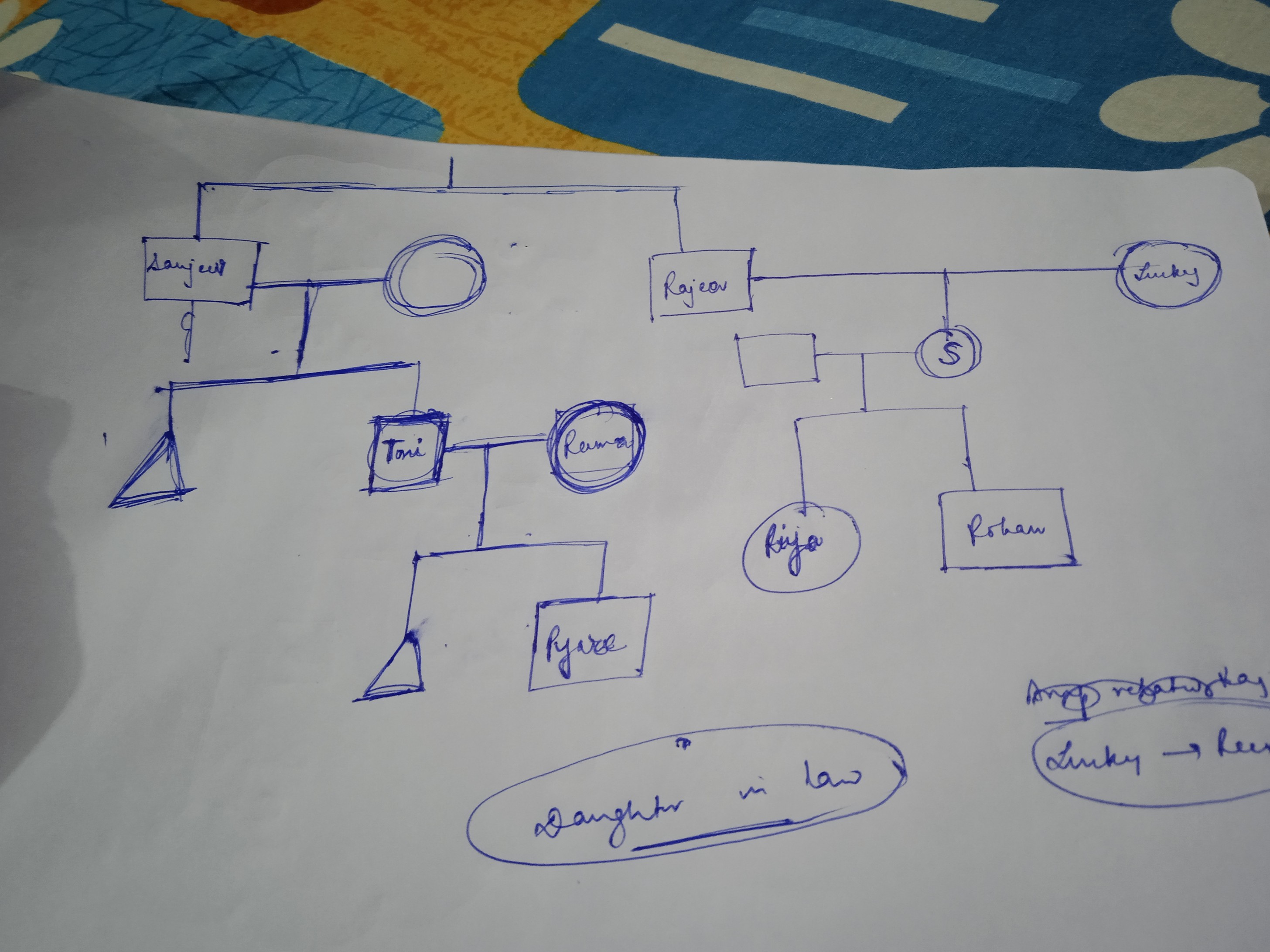 You have a few mistakes in your diagram, possibly because you are misunderstanding the complicated English sentences.

The family tree is then:

How is Lucky related to Reema?

This is tricky, but I think it is called

Lucky is Reema's first cousin-in-law once removed. Lucky is one generation up, related via her husband's great-grandparents.

How is Pyare related to Sanjeev?

He is indeed Sanjeev's grandson.

Not the answer you're looking for? Browse other questions tagged logical-deduction family or ask your own question.

9
Discover the relation of two babies of a awkward marriage
6
A Stulano family
1
What relation is she to Bill?
9
Great puzzle makers of yore: #1, Martin Hollis: "The Poacher's Funeral"
1
Blood relations - who is married to whom and reads which magazines?