Another puzzle with area

Squares $ABCD, DCGH, BEFG$ and $ELKM$ are positioned as shown on the picture. Find the area of triangle $DGK$ if you know that the area of square $ABCD$ is $20$. 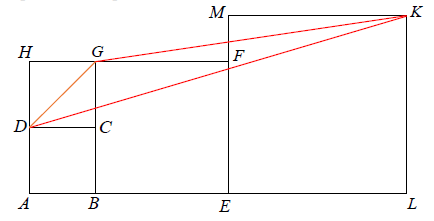 Here's another solution using the fact that $\triangle ABC$ and $\triangle ABD$ have the same area if $AB \parallel CD$: 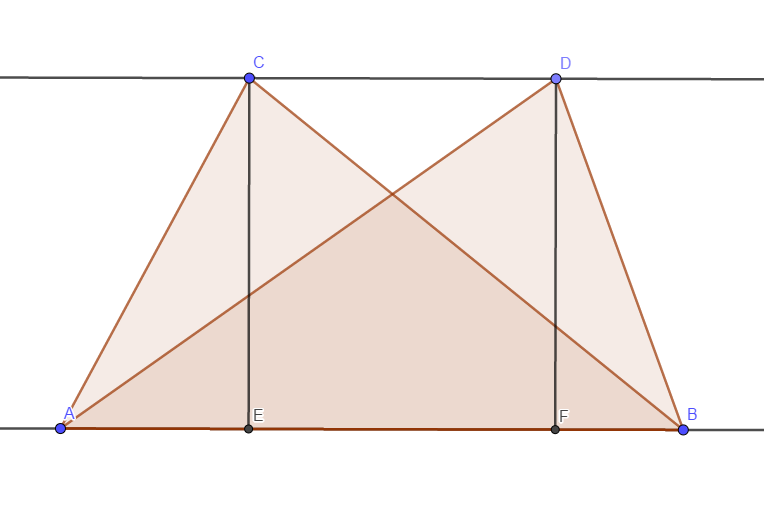 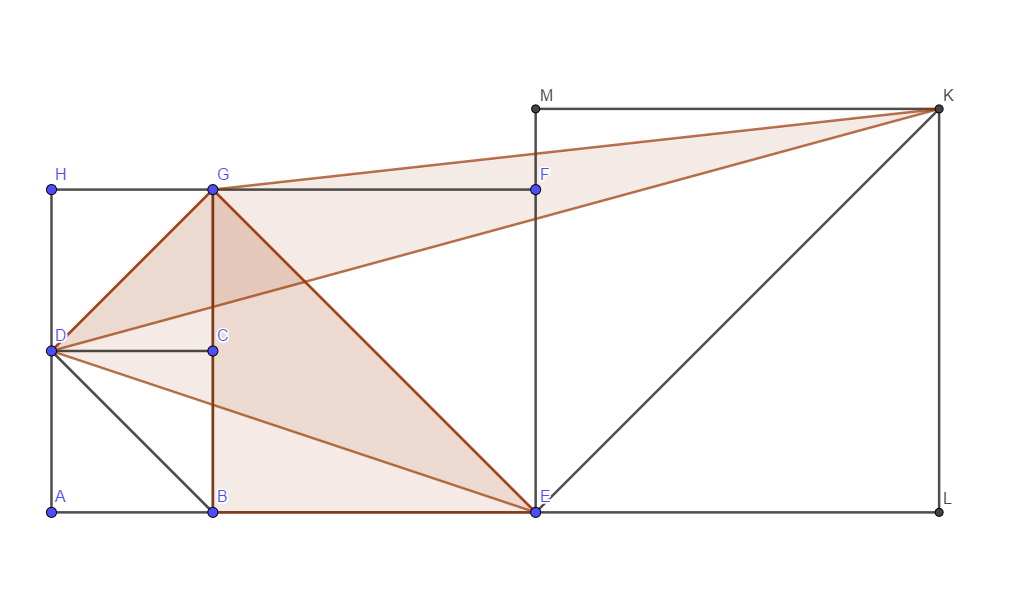 The result is hence

Here is a quick way to do it

The locus of the point $K$ as the side length of the square $EMKL$ varies is a line which is parallel to $DG$. Hence, if we consider $DG$ as the base of the triangle $DGK$ then its perpendicular height, and thus its area, is invariant with respect to the size of the square $EMKL$.

This means that we could perform the calculation with the side length $EM$ being anything we like and the answer would be the same. If we make it so that the point $M$ coincides with the point $F$, it is easy to compute that the area of triangle $DGK$ is twice the area of the square $ABCD$ and thus the answer is $40$.

Well, this answer is a bit late, but still quite simple I believe:

15
Black and White
7
When is the area between the hour and minutes hands equal?
7
5 equal area polygons
7
Overlapping Tiles
4
Area of the square
4
Pentagon with sides, diagonals and area that are distinct integers
9
An $n$-sided polygon with area $n$
3
Find the area of the given triangle
9
Puzzle with the point inside paralelogram and area