I like combinations of puzzles, so I decided to combine a Sudoku and a Slitherlink.

Below is a 6 by 6 grid. This is filled in with numbers based on the usual rules of sudoku. All of the numbers from 1 to 6 must appear in every row, column, and block. (Blocks are 3 wide and 2 tall.)

The shaded squares are also used as Slitherlink clues. A closed loop must be drawn using the edges of the grid. If the number is 1, 2, or 3, then the loop must pass through exactly that many edges adjacent to the number. However if the number is 4, 5, or 6, that number is treated as if it was 0 and the loop does not pass next to it. 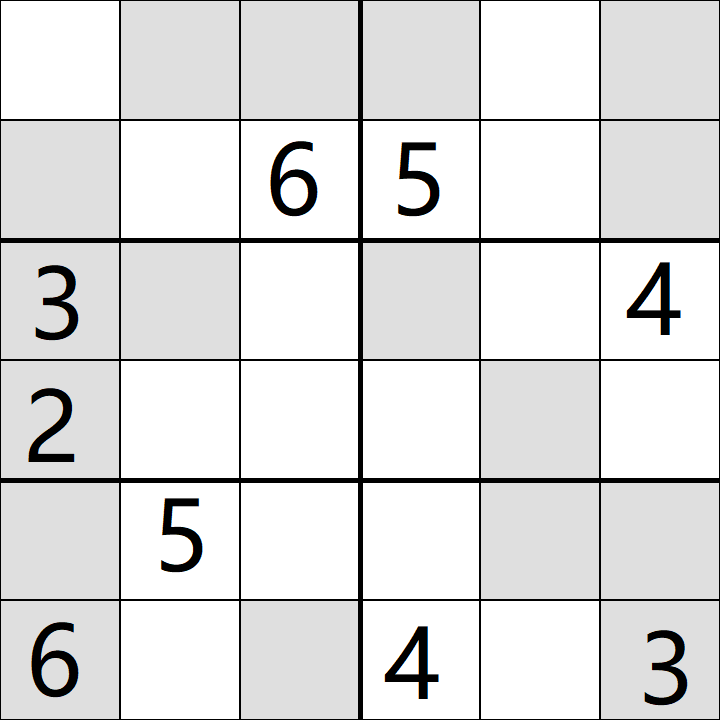 Below is a Slitherlink grid for convenience. 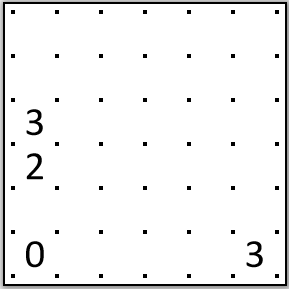 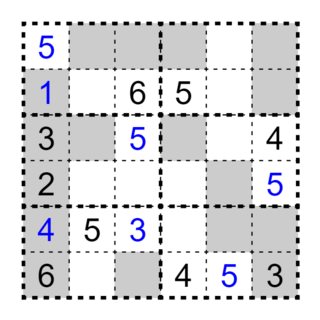 Slitherlink deductions based on shaded numbers. 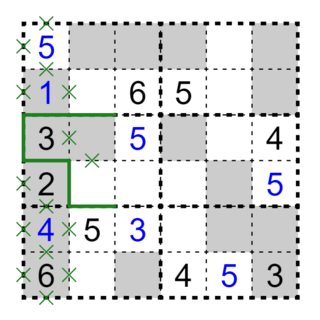 R3C2 can't be a 0 clue in the Slitherlink since it must have an edge in the loop. That force it to be a 1. Several more hidden singles follow. 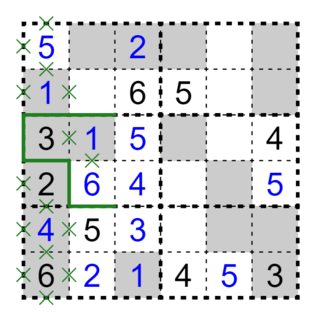 A 0 Slitherlink clue can't border a 3 in a corner, therefore 6 can't go in R5C6. Now C6 can be filled in with hidden singles. 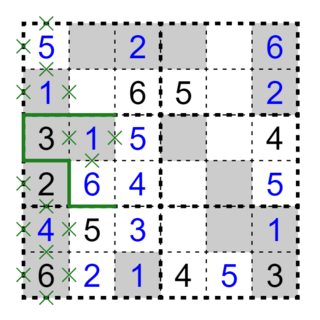 Some Slitherlink deductions with the new shaded numbers. 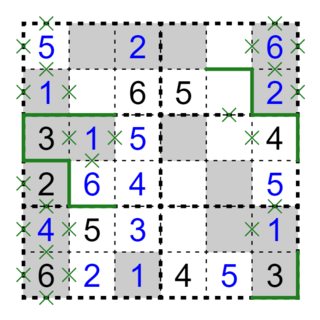 Either way the 3 in a corner goes, the border between R5C5 and C5C6 must be used. Therefore R5C5 can't be a 0 clue, forcing it to be a 2. I also added in some connectivity Xs. 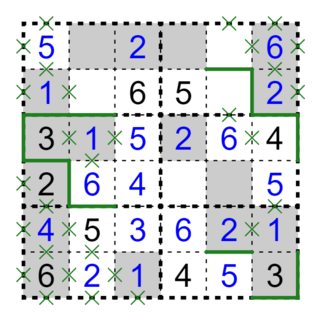 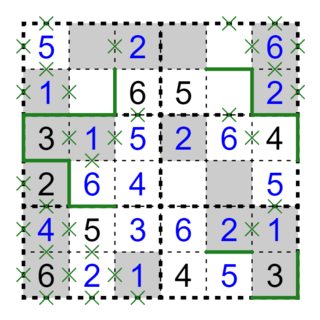 The number of ends entering any one area must be even so that they can match up for the loop. Therefore the 2 in R3C4 must use parallel borders, to avoid creating three hanging ends for the top area. Either way the borders between R2C3-4-5 must all be used. 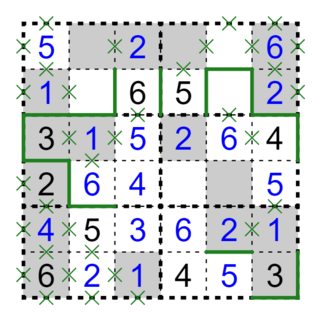 If the border between R1C3 and R2C3 is used then the 2 in R1C3 can't be satisfied as a Slitherlink clue. Adding an X there allows the top part of the loop to be resolved. 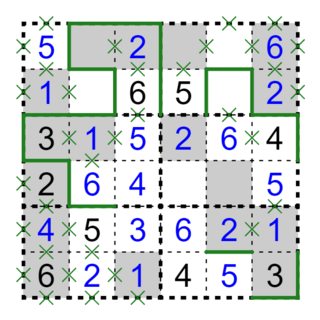 The loop segments at the top give some Sudoku numbers, and with them and some hidden singles the Sudoku grid is resolved. 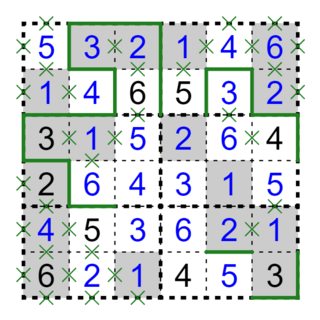 Some more Slitherlink deductions with the new shaded numbers. 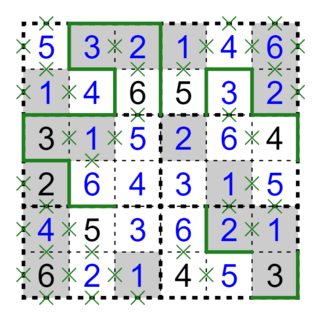 Trying to make the 3 in the corner use its top edge quickly runs into problems, so it doesn't use its top edge. (Note: I really wish I didn't case-bash here but I couldn't figure out any other way to proceed. I'm open to any suggestions). Some quick deductions arise from that. 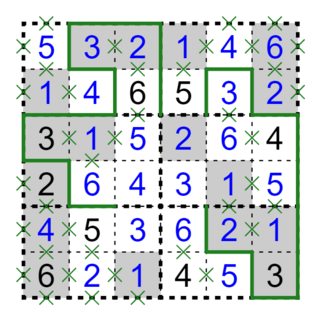 Placing some more Xs reveals which side of each 1 must be used. 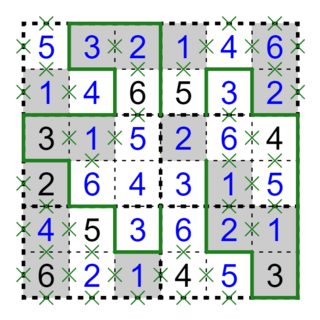 Remembering that we can't close the loop too early, the rest is simple. 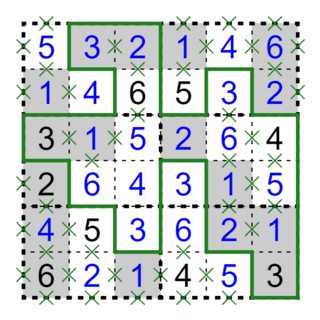 Not the answer you're looking for? Browse other questions tagged logical-deduction grid-deduction sudoku slitherlink or ask your own question.