A constrained, but concerning, celestial confrontation

I hope you enjoy! 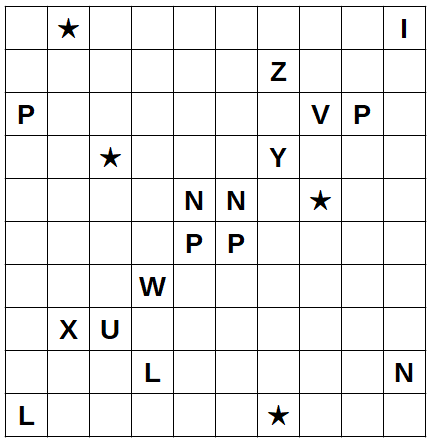 The pieces (adapted from Wikipedia): 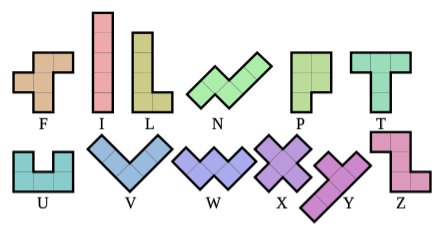 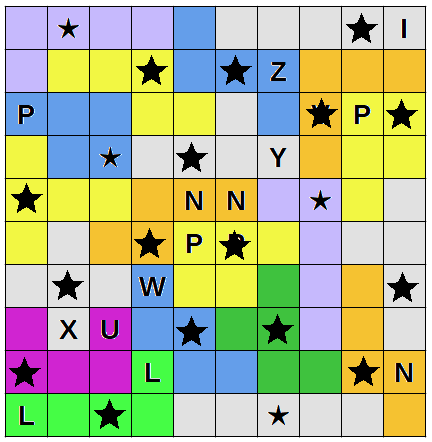 You can see some of the original letter clues got covered by the stars. I'm not sure how I feel about that; on one hand, it's just a puzzle rule that allows for a unique solution. On the other hand, it feels like having two words intersect in a crossword puzzle even though they have different letters at the intersection square. Well, it's not very important in any case, or in so many fewer words: Meh.

Here are some of the solution steps:

Start with the givens:

The X and the V are placed right at the start. There are only two options for the X, one of which cuts off the corner. The V cannot reach row 1, because that would make the I vertical, and leave an unreachable empty square in the top row. The V cannot reach row 5 either: the star would mean the V would have to connect to the edge, and after placing the P and I, there would be unreachable squares on row 2. So the V must span rows 2 to 4, and there's only one way to do that without forcing the P on top of the I. 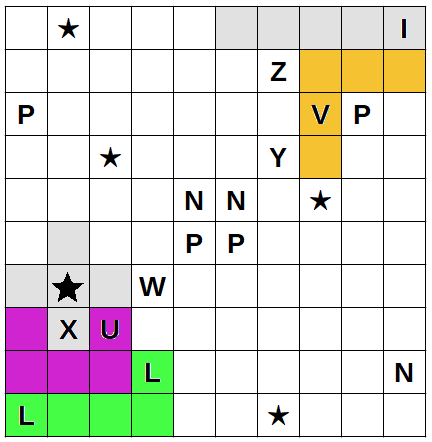 We have more progress on the top:

The Y cannot be vertical, the nearby star would prevent us from adding a star to the Y. Placing the Y on its back, the Z also gets placed, and we get some stars in their (sometimes approximate) places. The yellow piece starting at the X's nook cannot reach the nearby star, so we have to give it one. (The top four rows already have their two stars.) 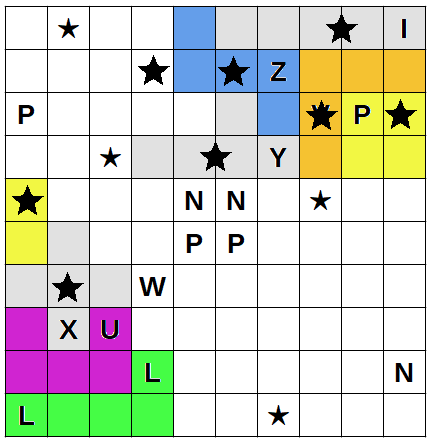 Since we know the central P piece must have a star in column 6, we can place all the stars except the final two 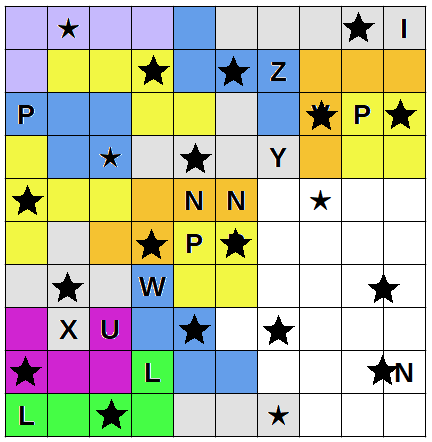 And finally, we need to make some deductions about the grey piece at the bottom. It cannot be an L (because it's next to another) or an N (the other N in the corner would chop off an area of the wrong size), or a V (too many stars), so the other options are I and Y.

Trying the Y option, there are several ways to place the N in the corner, but all of them immediately lead to illegally placed stars or or isolated areas of the wrong size.

So the grey piece along the bottom can only be an I, which places the N in the corner. The rest follows easily, as long as we avoid adjacent Ps and Vs. 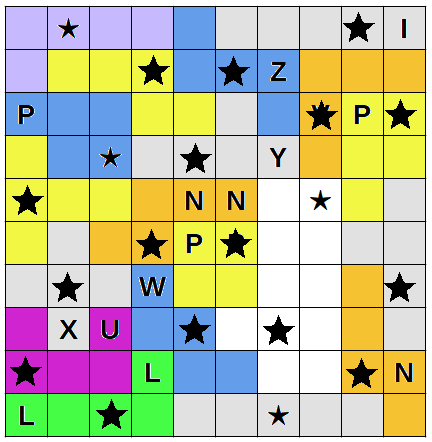 EDIT: This is a nice puzzle type combination, and I hope to see more, so here's an idea for sidestepping the minor inconvenience of having to cover up some of the clues: 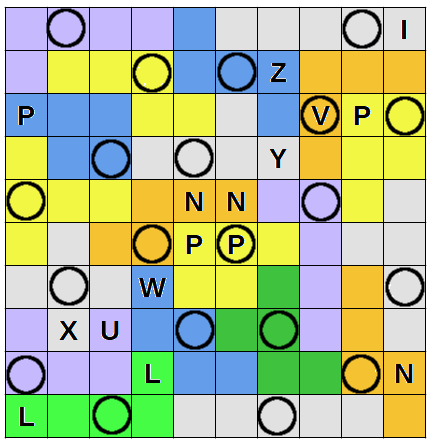 Not the answer you're looking for? Browse other questions tagged logical-deduction grid-deduction polyomino or ask your own question.