I've been playing Praser 5, an old interactive fiction game (like Zork) made a few decades ago, and available here. In it, you wander from area to area solving riddles posed by mythical animals. Many of the puzzles involve lateral thinking. I've had quite a bit of difficulty with the following puzzle:

Beyond that, I suspect that P is in the lower right, H in the upper middle, and R in the lower left. I think the result is a star/pentagram. However, to check your answer in game, you must simultaneously enter the shape and area.

Is my solution (a star) correct? And he can I find the area?

(Note: to try speaking to the Sphinx in-game, type arlumere).

D is two bloits from O, and happens to form a right triangle which satisfies the other requirements. 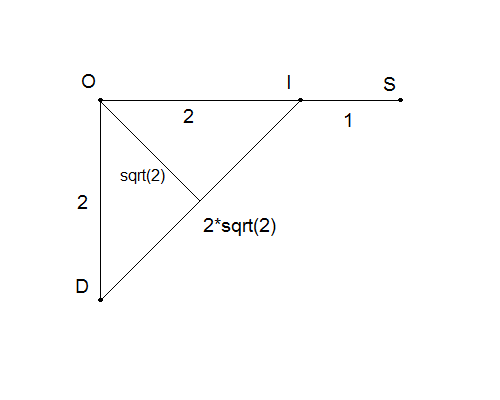 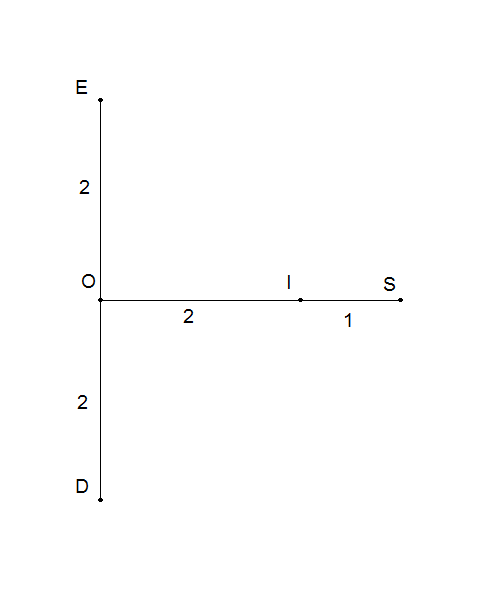 Now, P is placed so that the sum of the distances between P and S and between P and D, one of which is two bloits, is as long as E is far from the point three times as far from O as it is from D so that D is between that point and E.

"that point" is collinear with D and E. It's three bloits from O and one bloit from D. E is five bloits from "that point", so the two distances in the first clause are two and three bloits, although we don't know which is which. So P can be in four potential places, represented here as the intersection of the red and blue circles. 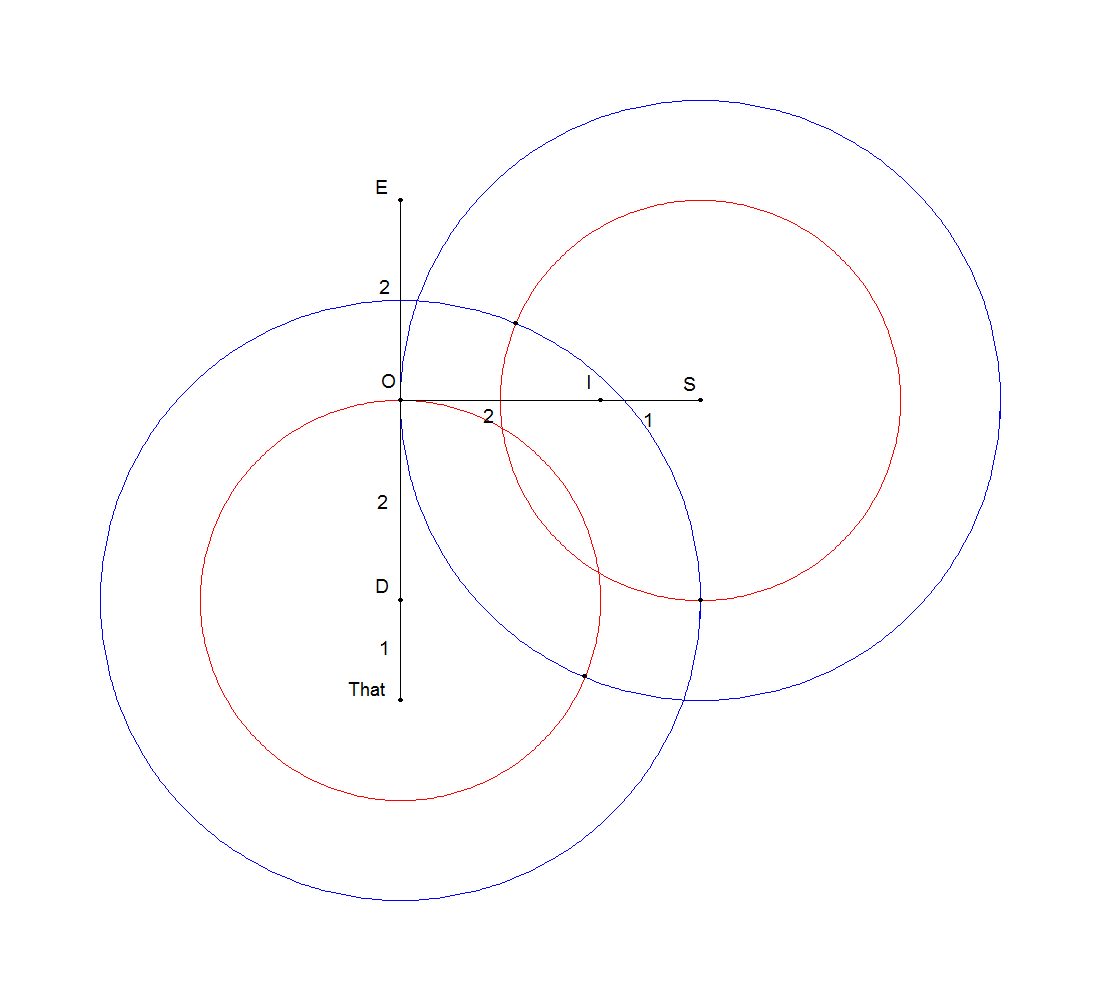 P is closer to I than it is to S, but if it weren't, H would be the point between P and D as far from where P really is as I is from where P would be.

The only candidate P closer to S is the one farthest to the right. We call this "Fake P". I is sqrt(5) bloits away from Fake P. We'll draw circles of radius sqrt(5) around each of our other candidate P's to see if any of them intersect the line between D and Fake P. This is where H is. 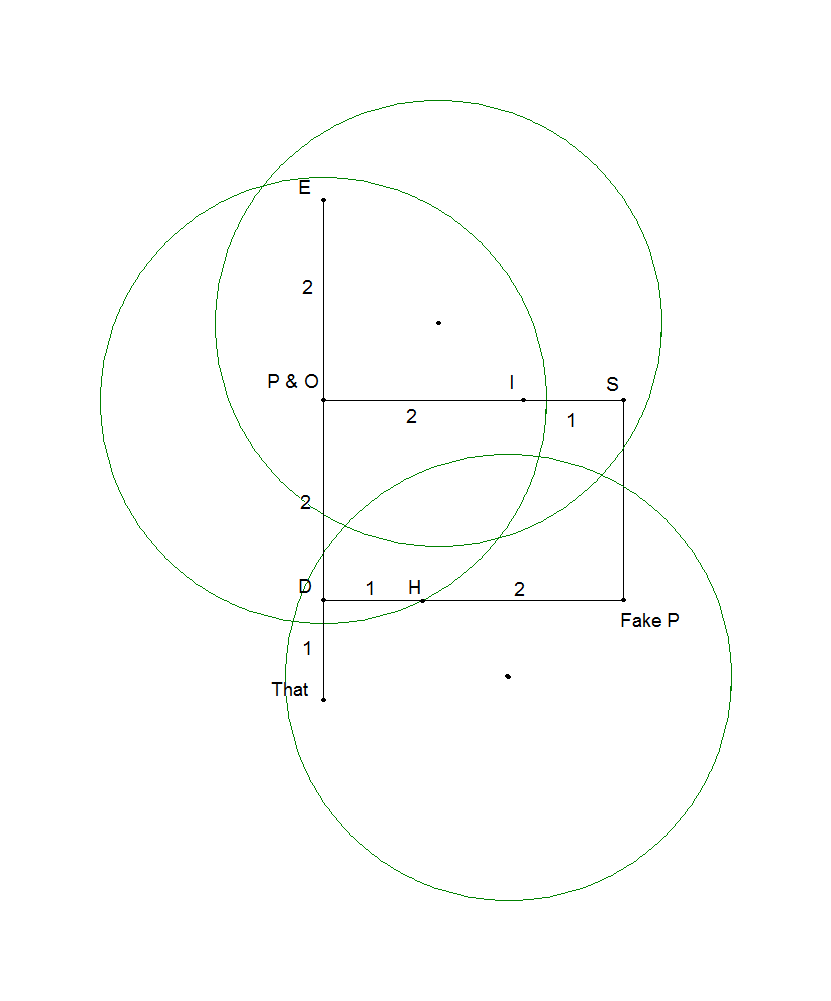 Only one of the circles intersects with the line. That circle belongs to the candidate P that lies on top of O. 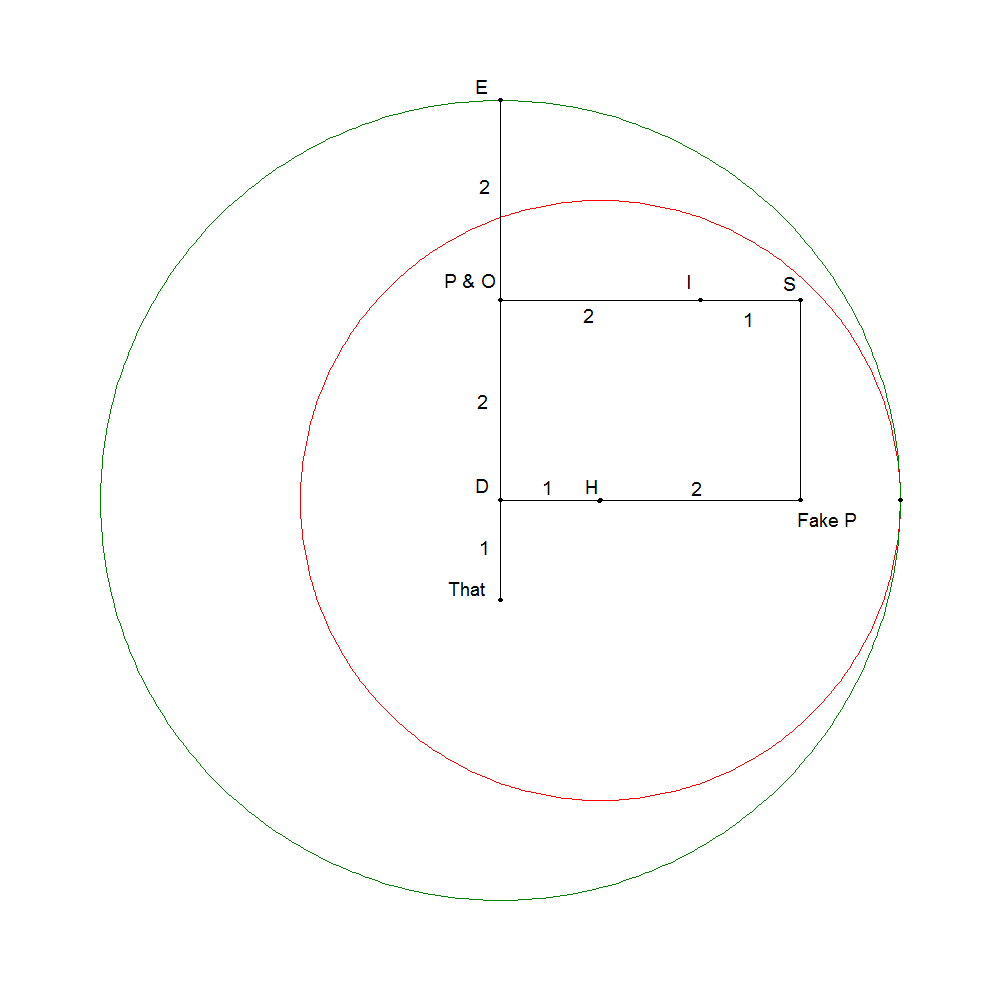 So what is the shape of the figure OSRHP, and what is its area in square bloits? 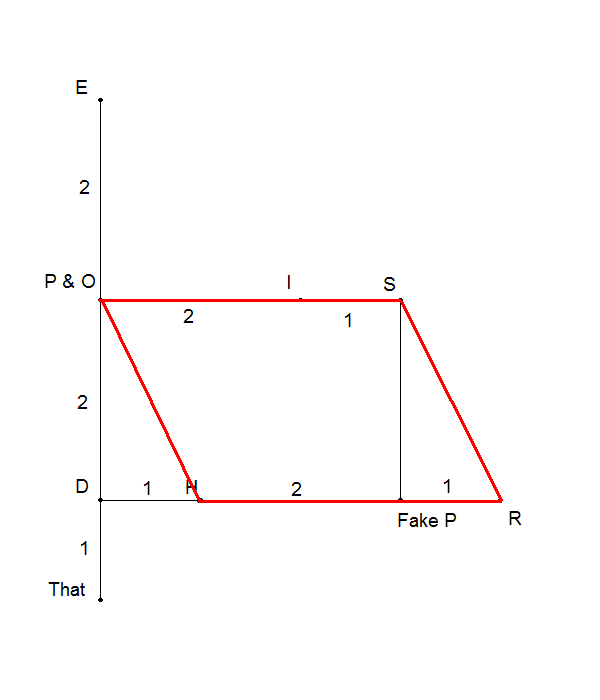 The shape is a parallelogram and its area is 6 square bloits.

7
Can you help the traveller
21
Five Angles in a Star
9
Rope between 2 poles
10
Minimize the intersection area
6
How many possible different shapes are there on a 4x4 dot grid?
9
Moving 4 sticks to form 8 equilateral triangles
1
Form Common Geometric Shapes
20
Size of a square in a square