(Almost) all hands on check

In this interesting puzzle @TSLF asks for the "maximum number of black and white pieces that are involved in a checkmate position".

Originally, they left much open to interpretation, and interpret me and a handful of others did!

My interpretation did not exactly win, but I actually quite like it, so I decided to make a separate question of it.

Construct a legal position where white to move mates in one, subject to:

An "accessory to regicide" is any piece which when removed leaves a position where white can no longer mate in one.

Your task: Maximise the number of accessories.

A "witness" is a non-king piece that is not an accessory. For those not well versed in the fine art of regicide: A perfect regicide is one where there are no witnesses. Let us define the regicide score as number of accessories - 3 x number of witnesses

Perfectly valid example per article 13(2) and footnote 16 of the Handbook of Chess Comoposition:Faulty example (thanks @Magma who points out that the Nc8 cannot be removed without creating an illegal position.)

Note board is rotated. White pawns move down. 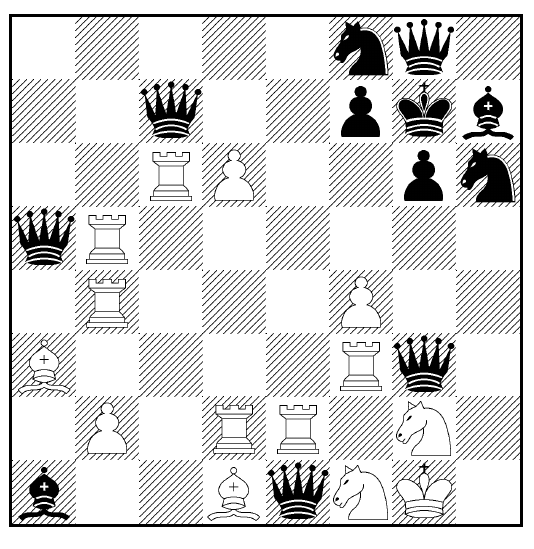 20 accessories (The kings and the black queens except for the one directly adjacent to her king do not count.) Four witnesses. Score: 8. This is not a valid example because there are technically two mates: gxh8B# and gxh8Q#

Update: Committing the perfect crime is so much easier when one has the fine lawyers of the World Federation for Chess Composition on one's side: 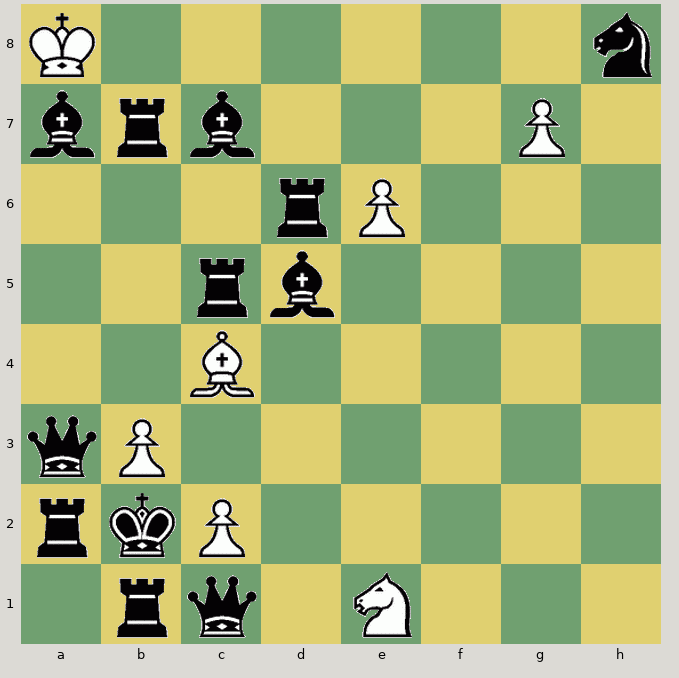 Exploiting the fact that kings are exempt from the removal test

we can construct a discovered checkmate

witnesses for a regicide score of 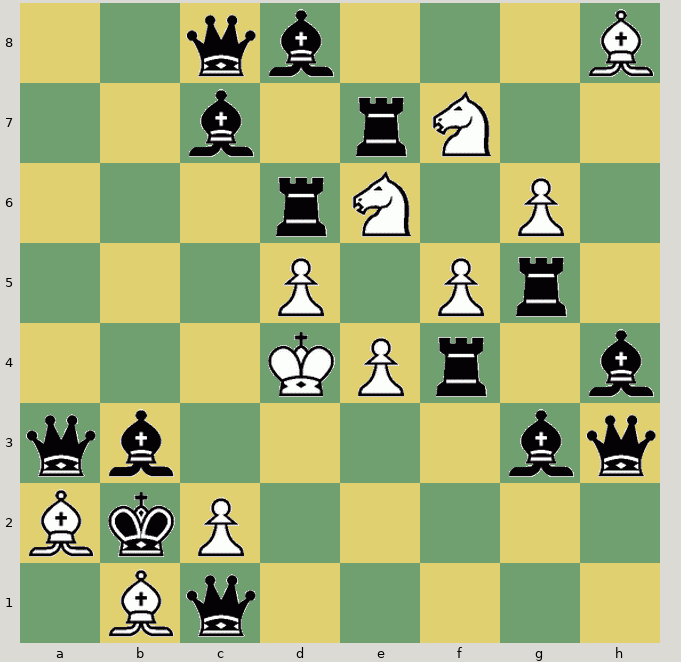 Some more explanation for casual players (pros will want to skip this):

The checkmate is delivered by the bishop in the far corner (h8), let's call him the assassin. It comes as a discovered check, i.e. in the diagram the assassin's path is blocked by the white king on d4 and only once the king has stepped aside to d3 the path to the black king is opened up.

Just as the white king can block the assassin's path, so could most other pieces. So let's skip forward and assume the white king as moved out of the way. The two witnesses, the queens on c8 and h3, could both save their king by moving to block the assassins path on c3, if they weren't themselves blocked by the bishops on c7 and g3. Which makes these two bishops complicit in their sovereign's demise.

What's more, either of those bishops could atone for their treachery by body blocking the assassin on e5 if they weren't blocked by the rooks on d6 and f4. These rooks in turn also could block the diagonal etc. We see that everybody in the north east of the board have blood on their hands except for the two witnesses. The sole reason for all the chaining (and branching) of A is blocked by B is blocked by C etc. is to achieve a high assassin to witness ratio.

The queens on a3 and c1 are similar to the witnesses in that they could block the assassin on c3 if they had clear sight of c3, but they also take away two escape squares for their king, making them accomplices.

The most sinister coup crowd I found has all the black non-pawn pieces conspiring against their own king, for a total of

regicide points. There are many ways to construct such a position, this seemed the most interesting: 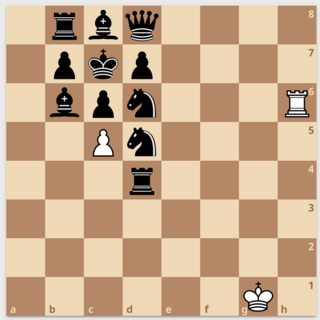 EDIT: The question asks for a legal position, but in the comments OP indicated that an illegal position might be of interest too. Since I couldn't make a legal position with this idea, I decided to go completely overboard with the illegality, which allowed me to cram an extra piece into @Albert.Lang's brilliant discovery: 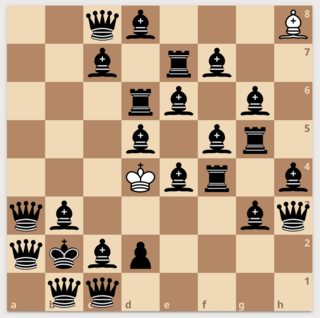 The basic idea is, of course, that if black could somehow have just one more non-knight piece, then replacing the c2 pawn with a black bishop would remove the lethal move from the white king, creating a need for yet another blocking piece at d2 or b4.

Cheap solution, which is the setup in the post, shifted a bit. The unique mate is Bg7#.
The four black queens are witnesses, the rest are accessories. 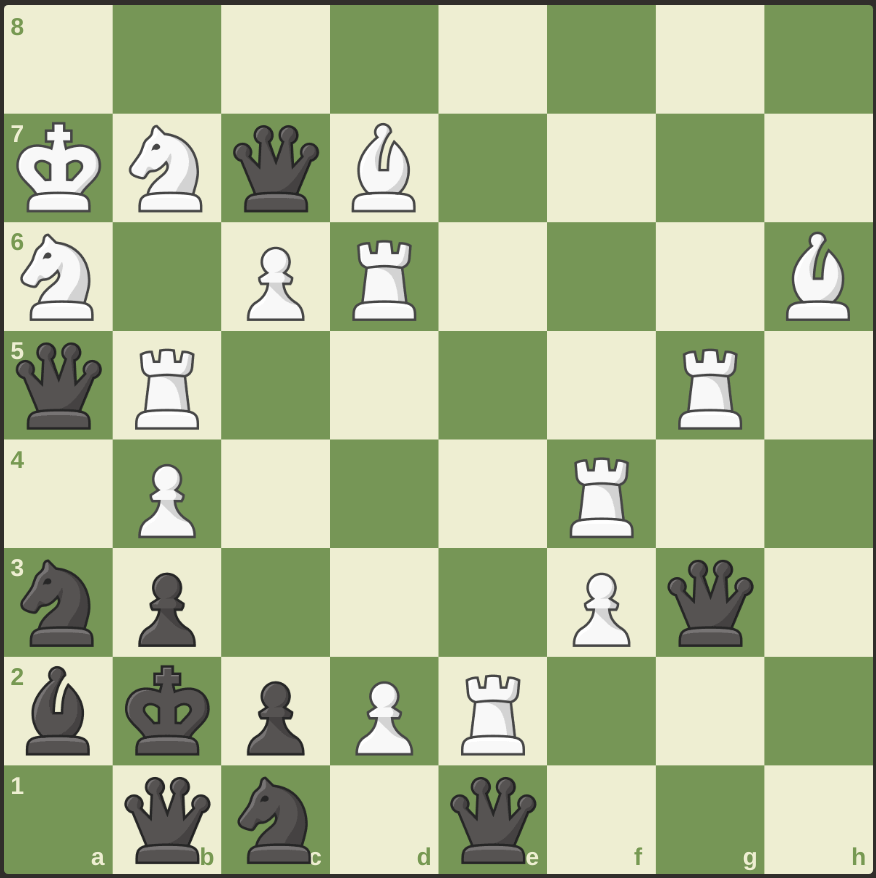 We might be able to add black rook at e7 for one more accessories by adding black pawns at f7 and e6 (and remove d7), but I think it's not a legal position (not reachable from initial setup). 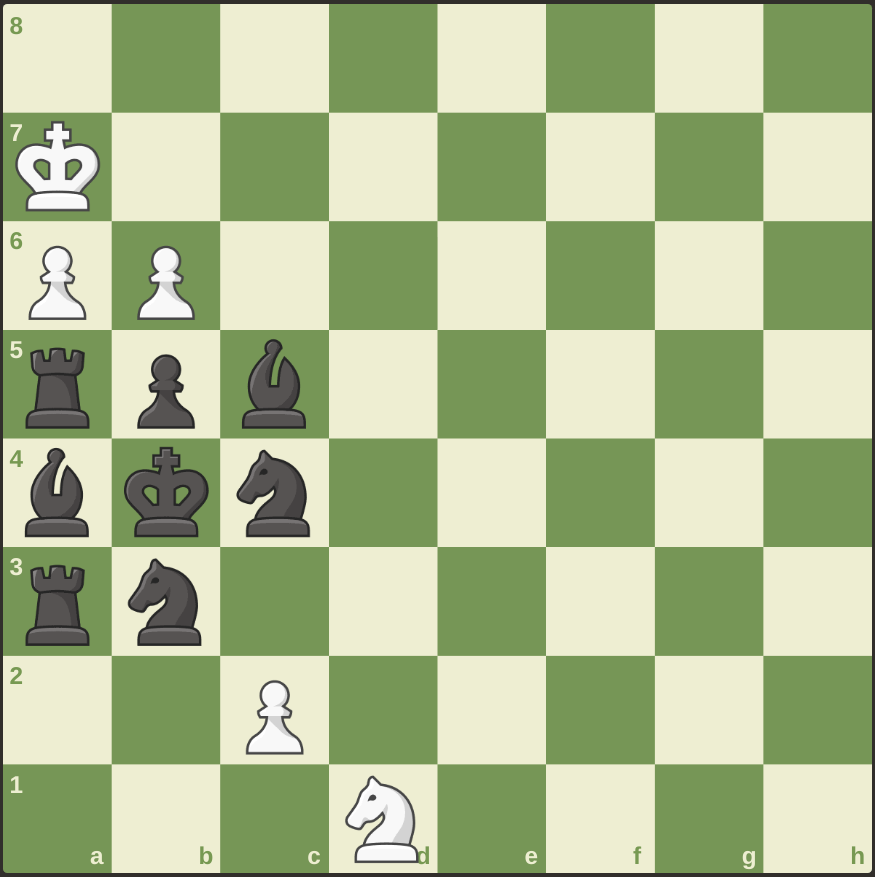