How many queens so every unthreatened vacant square traps a knight?

How many queens does it take at minimum to occupy an empty chess board, so that whichever vacant and non-threatened square you put a knight on, the knight won't have a square to go to that is not threatened?

I think it's three. 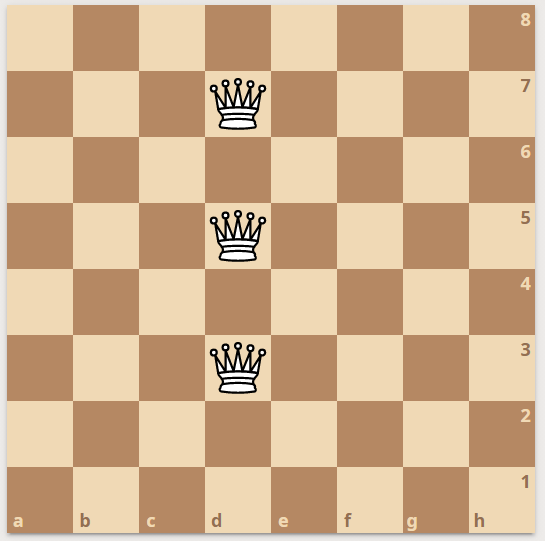 The trick to this question is that the queen simply has to pick a color (white or black) and target make sure that every white or black square (but not both) are threatened. When a knight moves, it must alternate between white-black-white-black. So if the knight starts on a black square, it must move to a white square. However, given that all the white squares are threatened, the knight has nowhere to go. I don't think there's a solution that is possible with just two queens. Also, note that the queens must be protecting each other - the square that a queen is occupying must also be threatened, otherwise, the knight can just capture the queen and it would not be trapped.

More reasoning as to the number of queens:

I don't really have a mathematical proof (I'm not a mathematician), but it becomes pretty obvious that the queens cannot threaten all white squares, much less defend themselves. There are two constraints inherently presented when we consider this puzzle: 1) The queens must all be on a white or black square in order to maximize diagonals, and 2) Whatever square another queen is on must be able to be protected by another queen. With simply two queens, you cannot threaten all squares of a single color while protecting the other queens.

30
How can 3 queens control the white squares?