This is a variant of the puzzle here.

We have captured 5 spies belonging to a secret organization. Their identities are unknown; we only know them by their codenames A, B, C, D, and E. After thorough interrogation, here's what we've figured out:

We can summarize this information in a graph, where the vertices are the 5 spies, and two spies are connected if they have worked together. Each spy's assertion is then a claim about the degree of the associated vertex.

Are any of the spies liars?

Have B and C worked together?

To answer this question, we first note that E is not lying. Otherwise E would never have worked with any of the other spies, meaning A can have only worked with at most 3 other spies, which would imply A is also lying.

I found some approach by drawing a graph of the spies from the lowest number (E = 1) to the highest (A = 4).

So at first we should talk about E. As it comes from the question E have worked with only 1 other spy. So lets see if he's lying or not. If E is lying then he should have never worked with any other spies so then A is also have worked with 3 others which breaks the rules where the question saying At most 1 spy is lying. Therefore E is NOT lying.

Now we move to D. If we consider D as the liar then our graph would be something like the follow, that makes the C or B a liar too. So D is NOT a liar too: 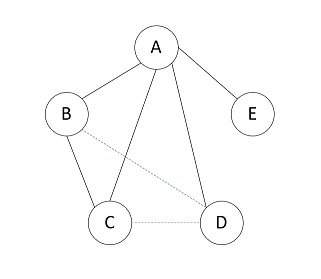 Ok now we get to check if B is a liar or not. As A is the last spy standing so he shouldn't be a liar so the graph would be like this. Considering the following graph one answer is that B is lying: 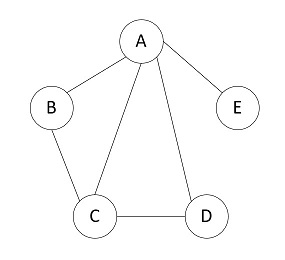 The question also have another answer but it doesn't mean there is 2 spies lying. As it comes from the question we understand that there might be more than one answer. it says

Are there any spies

As we check A if he is lying or not we can see that A is lying in 2 like below: 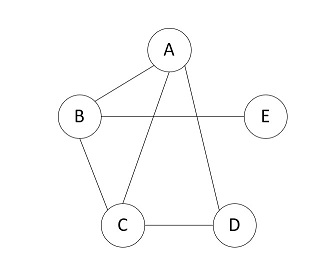 And about the second question which asks if B and C have ever worked together or not we can see that C as the never lying spy will have worked with A, E and D and since E will only work with 1 spy so then E and A would have never worked together and that breaks the rule which says only one spy is lying.

If Spy A has worked with 4 players, an odd number must turn even or vice versa:

If Spy A has worked with fewer than 4 players, the rest of the stated numbers are all true:

In conclusion, B must have worked with C in any case.

8
How many friends does Tiffany have?

30
Two spies throwing stones into a river
11
A puzzle of trust and lies, allies and spies
13
Logic explanation in "two doors" answer
18
Lies, damned lies, and statistics
13
Hat-guessing with a spy
14
Testing a new liar type
10
Liars of El Dorado
19
Island of Knights, Knaves and Spies
8
Constructing an island according to rules in Smullyan's "What is the Name of this Book"
7
One truthteller, one liar, and two randoms - least questions to identify?