Quite simply, may White castle in the below position? There is much more than what meets the eye! For the record, White pawns move up and Black pawns move down. 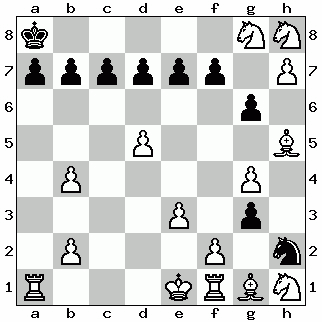 There are 6 missing black pieces, and since the black pawns haven't moved, the bishop at c8 must have been captured by white knight. That gives 5 pawn captures, and so by counting, the third white knight must have promoted at g7.

That means the white knight at h8 must have been there before black pawn got into g6.

Now, consider white knight at h1. It must have been there before the black pawn at g3 takes its position. And the bishop, too, must have been at g1 before black pawn at g3 takes its position. And so does the white rook at f1. And since black knight at h2 couldn't have come from f3 (since it will be a check and the white king would have moved), it must have come from g4 (f1 is impossible since the rook needs to be there first in order for the bishop from h2 to move into g2). So the bottom right position needs to happen before white pawn at g4 takes its position. Also, for all these to happen, white pawn at d2 should have moved once, and at least one of e2 or g2 has moved at least once to free the white bishop at f1.

Now, it means all the white pieces must have been in a locked (and final) position at the moment black moves g7-g6 to unlock the black bishop, king, queen, and rook. 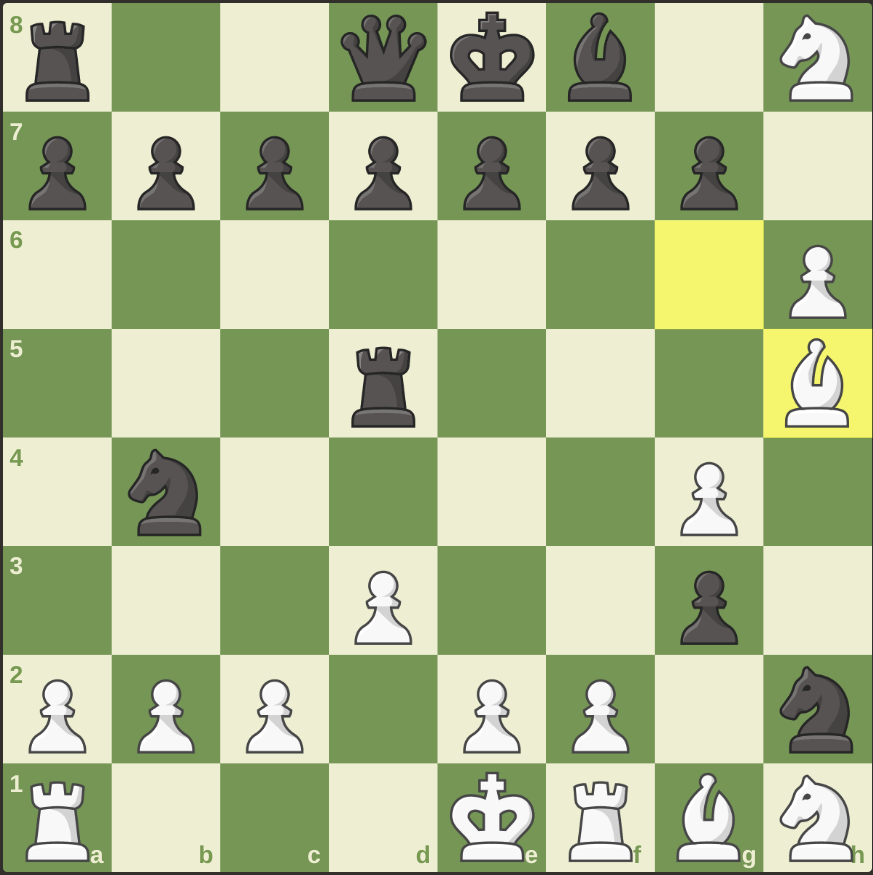 By the time we reach the final position, it would be black's turn to move. So in order to let white castle, we need to buy a tempo. But how can the black king buy tempo where there is no place to do triangulation? See picture below to see the problem. 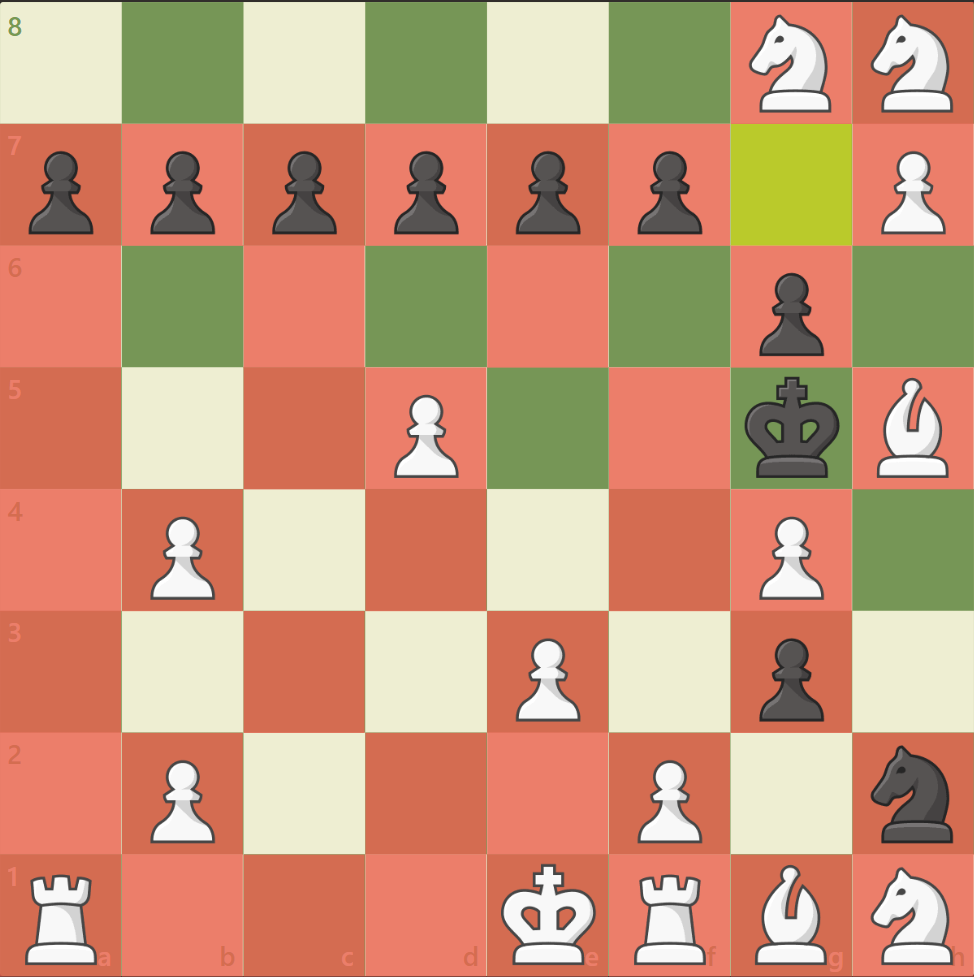 The red squares are squares where the black king cannot move into (excluding the newly promoted knight, since it can be moved as fit), while the non-red squares are okay. We see that every cycle of non-red squares is an even-length cycle, therefore it seems impossible for black king to buy tempo (if we restrict black king buying tempo only after white pawn promotion into knight. So far it seems that black king cannot buy tempo before, since there are the same number of white moves available as the required number of moves by black to get into position.)

So, can the black king buy tempo?

So, the answer is:

Yes! White can castle, as shown in the proof game (the desired position is at move 70 after black's turn, and the white castling at move 71)

This is just a very minor detail on top of @justhalf's work:

How can we trade one tempo to ensure we reach the final position with white to move? White can only move the Nb8 with its in-built parity preservation. The black K doesn't seem to have any triangle it could use to switch parity, so where to get that tempo? Solution: Use the N to block the a file, this makes a6 available to the black K which can now use b5-a6-b6-b5 or similar.