Here is a band-themed cryptic crossword, but instead of the answers being themed, the clues are! Each clue contains the name of (at least) one band, and while this resulted in some... wilder clues (and a lot of redundant "the"s), hopefully they're still decently fair (even counting the not-quite-properly checked corner words). 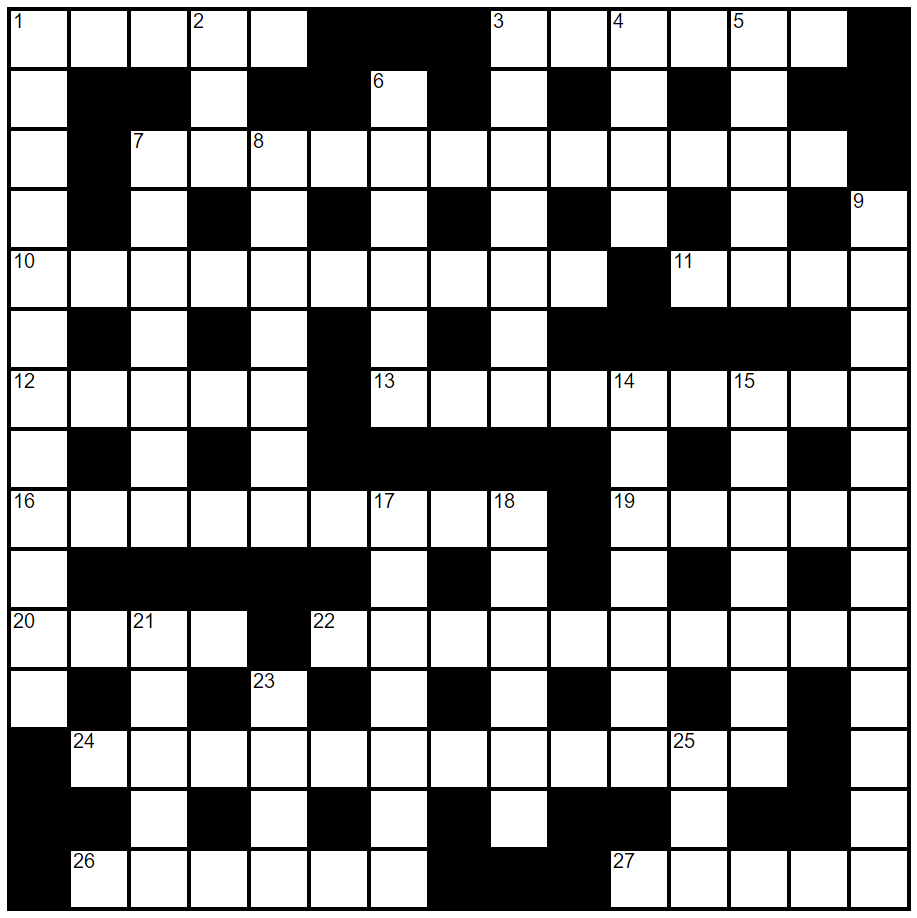 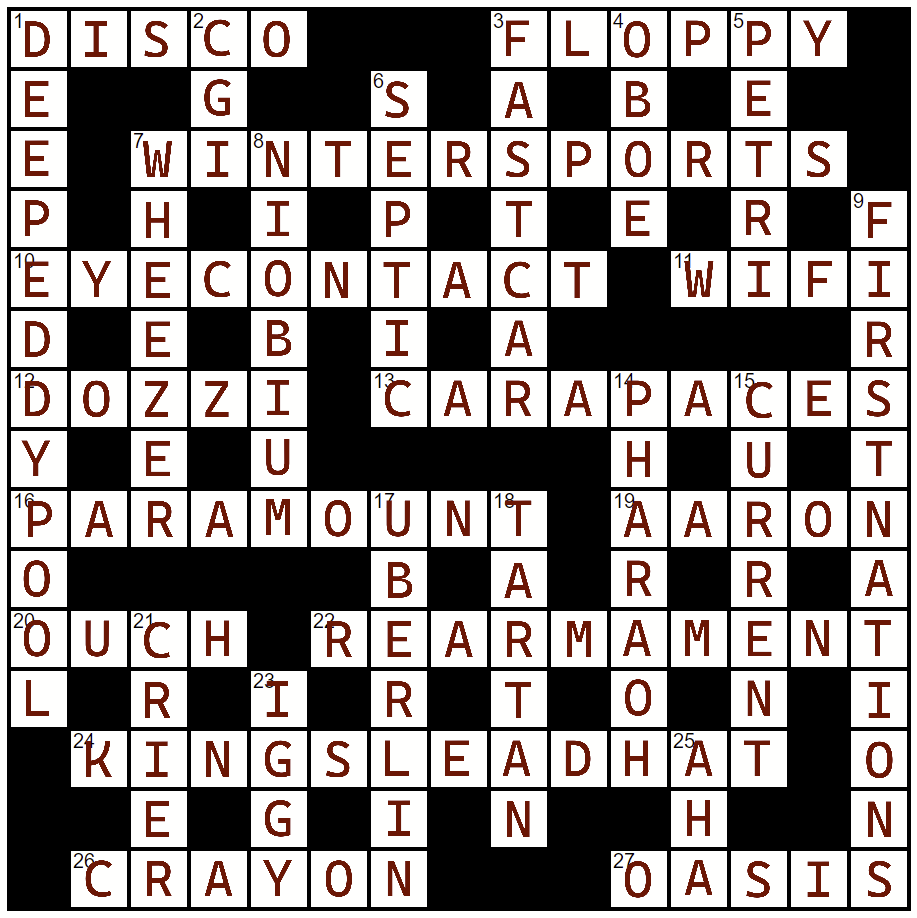 Wrap-up: The Making Of Banding Together

I was thinking about 100 gecs one day, and the thought came to me that 100 could be written as "C". Instantly, I tried thinking of a way this could be fleshed out into a puzzle, and came up with 2D: "100 gecs' intern leads special effects (3, abbr.)" C + G(-ecs) I(-ntern). I wondered if the band theme could be continued, and came up with 7A: "Coldplay performed at 2018 Olympics? (6,6)" WINTER SPORTS ddef, one of my personal favourite clues.

After that original start, I started building the grid, seeing what words fit, and used a list of bands to see which could be used. I tried to use the band names in as many ways as I could: as definitions, as anagram fodder, as indicators, as charades, as synonyms, etc. When I found a name that fit in the board, ("Aaron", "Crier", "Petri"), I searched for "[name] band member" to find my next steps for the clue.

I took some creative liberties for this puzzle, so here is some of my rationale.

This is perhaps the most prominent redundant "the" out of the clues, but I couldn't find a good workaround because of the band name "constraint".

I wasn't sure if this definition was too obscure, but the first Google search result for "old pool in Texas" assuaged those fears.

Perhaps the most controversial clue: an indirect anagram BO(-st)O(N->E)*. Somehow, I didn't realize it was indirect until after I posted the puzzle. I still think it isn't totally unfair, as the only instruments that could fit in the grid are "dhol", "oboe", "tool", and "viol". If this was just in a cryptic clues puzzle and wasn't checked, I wouldn't have included it.

8D: Full name of metal symbol at heart of the Cranberries? (7)

I debated this one for a while. Since I'm honestly not sure where the wordplay/definition boundary would be, this feels like a selection with a cryptic definition. "Niobium" was one of only seven words that would fit, and with the gorgerous coincidence its symbol being right in the middle of thecraNBerries, I couldn't resist.

14D: Sarah, not originally among party, back for leader from the Bangles song? (7)

As noted by @GarethMcCaughan, the definition wasn't particularily clear. "Pharoah" was my favourite option for the grid, and I looked through the lyrics to "Walk Like an Egyptian", hoping to find a pharaoh mentioned, but I couldn't. "Leader from the Bangles song" is a little misleading, but I couldn't think of a better way to connect them.

3A Limp, soft inside, awkward: Pink Floyd not kind (6)

This clue was originally posted as "Limp, awkward, soft: Pink Floyd without style (6)" (P+(PINK FLOYD-KIND))*; not only is it an indirect anagram, it also has a synonym for the deletion of letters that aren't in the right order, so I quickly tweaked it to make it less awful.

This clue was originally this disaster: "Star Trent, lead of Nine Inch Nails, is rocking for original Canadians (5,7)" `(STAR + T(-rent) + OF + N(-ine) I(-nch) N(-ails) + IS)*. While I liked the surface reading, I think I would have been (rightfully) shot on sight for posting this.

While there were some rocky clues, my all-time favourite out of them are the punny definitions of 7A: "Coldplay performed at 2018 Olympics? (6,6)" and 13A: "California hip-hop nails covers of the Turtles? (9)". I also really enjoyed 12A: "Country trio behind "Fools" to perform ZZ Top instrumental (5)", which used the band name both as bits-and-pieces ("ZZ") and as an indicator ("Top").

Not the answer you're looking for? Browse other questions tagged cryptic-crosswords music or ask your own question.