What is a Prebus Word™?

An entry in Fortnightly Topic Challenge #48: Unusual tag mix
(Somewhat in the spirit of the What is a Word™/Phrase™ series started by JLee, a special brand of Phrase™ and Word™ puzzles.)

Noting that the rebus and word-property tags had never been paired, I wanted to create a 'What is a... Word?' puzzle based on rebuses. Each of the rebuses shown below represents a single word. Those in the left-hand column share a property, while those in the right-hand column share a different, related property. Your task is to identify all 12 words from the rebuses, use these examples to find the two rules, and comment on which of the two rules you think is the correct interpretation of a 'Prebus Word™' (and why).

(Please try to complete as much of the puzzle as possible before posting an answer - no partial answers explaining just a handful of the rebuses, thank you!) 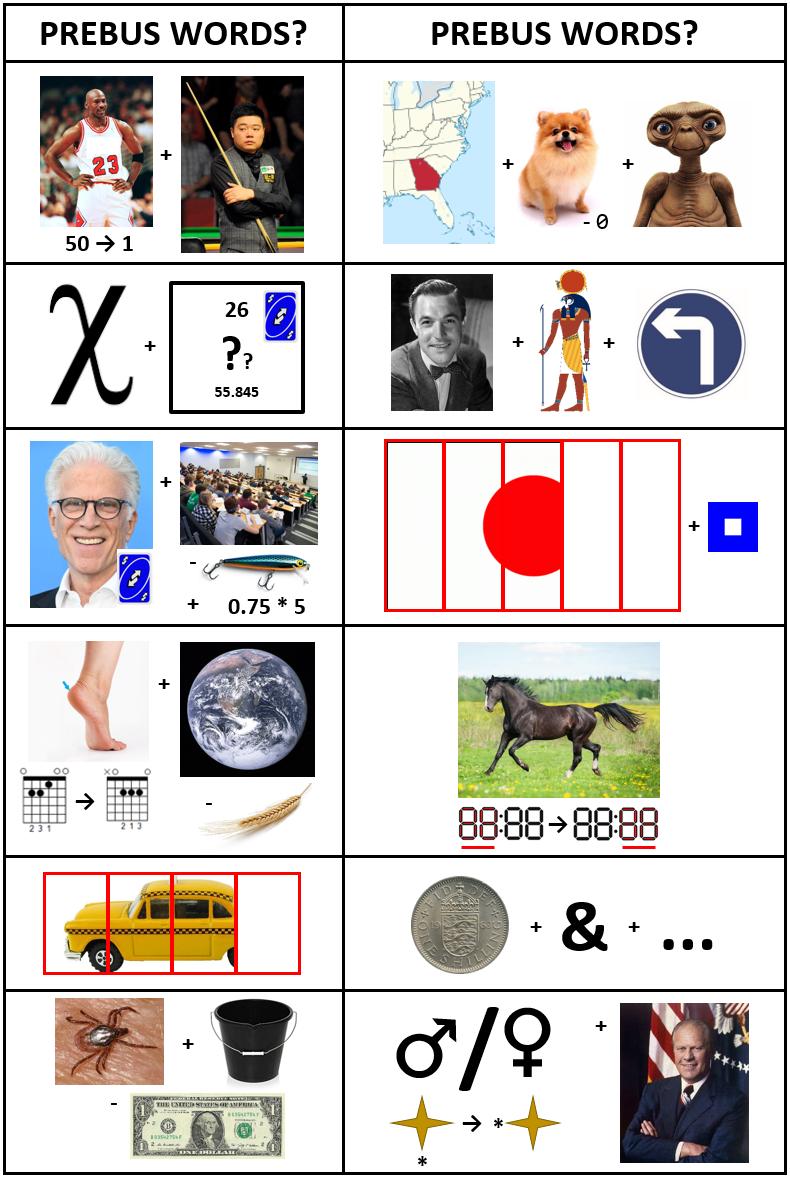 The puzzle satisfies the series' inbuilt assumption, that each word can be tested for whether it is a Prebus Word™ without relying on the other words. These are not the only examples of Prebus Words™; many more exist.

All words in this column can be followed by "inspector": building inspector, chief inspector, detective inspector, health inspector, tax inspector, and ticket inspector.

Therefore, a Prebus Word™ is:

a word that can be preceded by "inspector." The "pre" in "prebus" signifies that it should come before, and putting "inspector" before "rebus" makes "Inspector Rebus".

Based on @GarethMcCaughan's answer, it's possible to argue that the other column is the rule for Prebus Words™ (the word precedes "inspector" vs. "inspector" precedes the word), but I don't think it fits as well. Since "Inspector Rebus" fits the rule of the second column and "Prebus" is a portmanteau of "pre" and "rebus" (ie. before rebus), it makes more sense for the second column.

Slightly partial answer: I am missing 1-3 of the rebus answers (depending on a couple of guesses) and 2-3 of the rebus explanations (for one of my guesses, if it's right then I guess the bit I don't understand is just deliberately not saying anything) but I think I have everything else.

The term "prebus", aside from suggesting "rebus",

is a portmanteau of pre + Rebus, the latter not signifying the puzzle type but referring to the fictional Inspector Rebus.

contains things that can go after "Inspector". Most of them are names of fictional police inspectors. Gadget (ga+d(-o)g+ET), General (Gene+Ra+L), Japp (Jap(-an)+P), Morse (horse[h->m]); perhaps the last two are Shilling & Sixpence and Crawford, but if so I don't understand the "sixpence" nor the "craw". ("Craw" has letters in common with "Mars" and contains a W, both of which are promising, but I don't see quite what's going on.)

The column more deserving of the name is

the first, because the words there come before (pre) "inspector" rather than after it.