I need help! While cleaning the office desk of my boss, I discovered a letter and I think something really bad is going on. 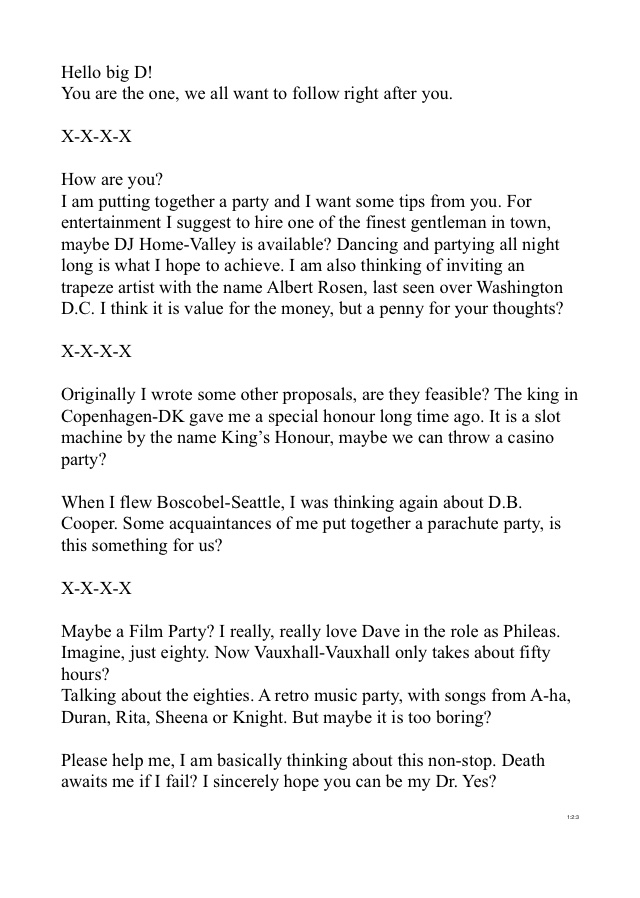 The other day I also saw him sending a message on his phone... 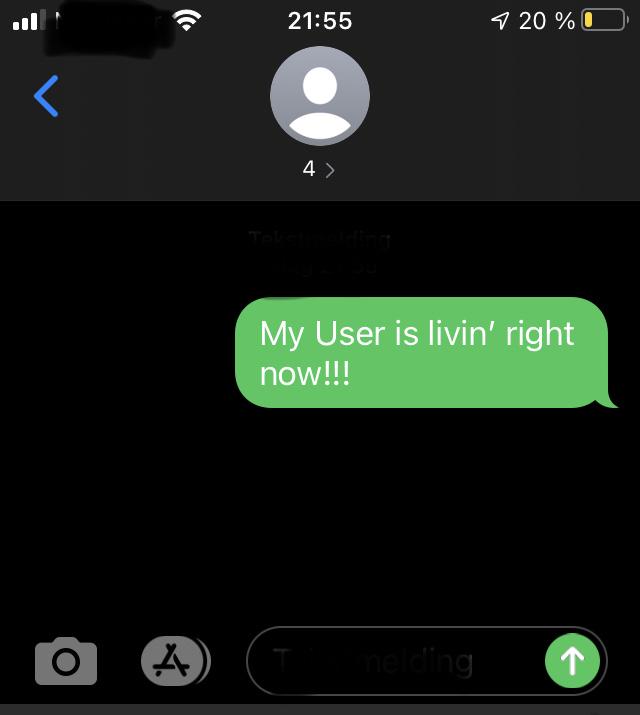 And today I saw an email he has written. 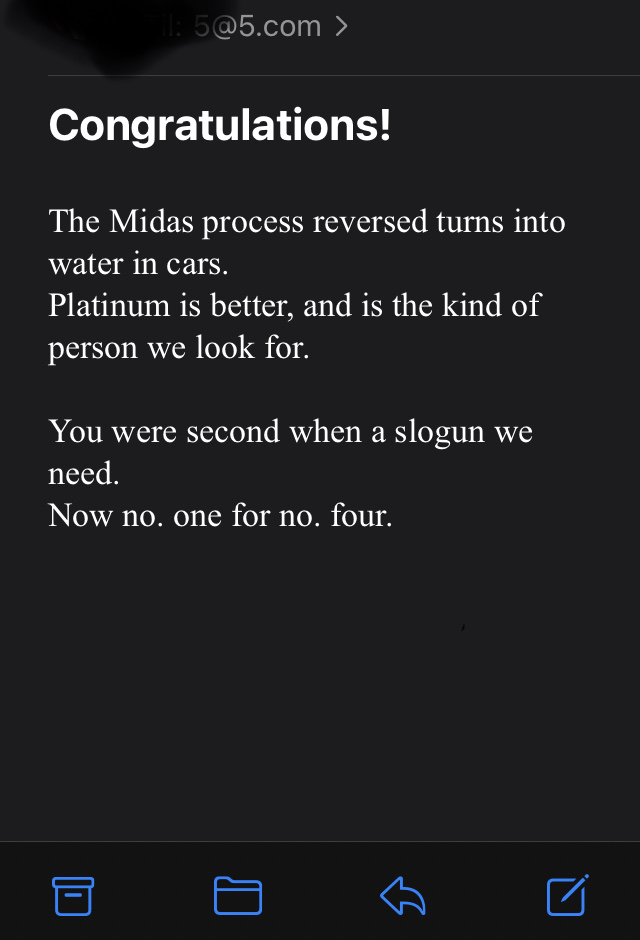 QAnon is nothing compared to this, they are everywhere! To stop them, we need to find out where the money comes from.

Who is the wealthiest of them all right now?

The sms is really hard to get, the number 571 would helpful

FULL EDIT:
I am updating my "full partial" answer to make it less rambling and confusing. The initial partial post was intended to start some other (cleverer) people solving the puzzle, but it looks like I am currently alone! :)

Firstly the part that we know is true:

If you take the first two lines of the email, it somewhat cryptically says that you need to look at the letters following a big D (i.e. a capital D)
(Also, the hint that was given, STALIN II, is an anagram of INITIALS.)

all spells out JACK BAUER, same as the character from the TV series 24.

From here we are working anew, with our given hints:

The Letter:
Fair point in the comments below - the letter is very long for only a single clue. So what else is there to notice?

1. References to JAMES BOND.
In the Film Party paragraph, the writer alludes to Around the World in 80 Days, which was starring David Niven as Phileas. However, David Niven also starred in a James Bond movie: the original Casino Royale.

Soon after we get a list of 80s bands, all of which played a theme song for a James Bond movie:
a-ha: Living Daylights, Duran Duran: View to a Kill, Rita Coolidge: All Time High (Octopussy), Sheena Easton: For Your Eyes Only, Gladys Knight: License to Kill

Some other references:
* "Dr. Yes" in this same section is a flip of Dr. No which is also a Bond film.
* "Value for the money, but a penny for your thoughts?" is reminiscent of Moneypenny, Bond's not-exactly-love-interest.
* "King's Honour" as a slot-machine, might be a different nudge at Casino Royale.

Interestingly, DB Cooper was apparently a real-world hijacker who appeared to be very James Bond-like, and escaped via parachute after making off with the money. Wikipedia

As an entirely side note, XXXX is the 'name' of Daniel Craig's character in L4YER CAKƐ. And Daniel Craig has also famously been James Bond.

So is one of the code names JAMES BOND? Perhaps, they are all taking on identities of famous fictional spies. This could be confirmed by the text message perhaps because James Bond titles are often about being alive or at least not dying.

2. There is exactly one hyphen (-) per paragraph with the X-X-X-X between.

We can see that there are 12 total X's, and 6 2-part words. Is this a coincidence? Probably not! (Especially given our clue in the comments!)

3. On the topic of punctuation, there are a lot of question marks.
Even in sentences that seem like they should be statements, some of them are questions... (and this is weird even for an Australian!)

you? available? thoughts? feasible? party? us? Party? hours? boring? fail? Yes?
I have been trying to work out whether I can use this in some way, either by itself or with the hyphens.

So with a hint listed above (the number 571) I now remember that there was a movie called U-571 that cast, of all people, Jon Bon Jovi.
Jon is also known for his hit song "Livin' on a Prayer" which I guess is the reference in the message?

I will just reiterate my previous thoughts on this:

CONGRATULATIONS could be the text of a cipher with instructions following it.
The Midas Process reversed implies turning gold into something else. (eg AU -> ?)
(Or this is just another subtle reference to Goldfinger)

There are a lot of descriptions explaining what sounds like a catalytic converter. Wikipedia
These chemical processes change CO and CH into H2O and CO2, and also NO into H2O and N, using a catalyst like Platinum.
This may hint at some letter conversion rules using chemical symbols.

OR Through a big push from the comments, and a facepalm on my behalf, a reference to counter agents... (apparently change agents) Both in the chemistry sense and in the espionage sense.
There seems to be an additional section mentioning second, no. one and no. four.
Either this is an additional rule for a substitution or it is indicating that there are 4 main instigators and it is helping us resolve "who is wealthiest right now".

Another weird thing of note:

So what are we finding exactly?

Well it seems that we are finding a list of people in the espionage business.
As second part to this, we can also see that their initials are all J.B.!
Pretty certain that the one of these with the most money is JAMES BOND, who is worth $19.9b US and is one of the highest grossing franchises of all time.

Note - I feel like there is still a 5th person to be found.
This is for 2 reasons. The first is that the letter as a 123 in the bottom corner and gave us 3 names, the SMS has a 4 as the person the boss is talking to, and the Email has a 5.com email address... This implies that there is a 5th name from the email that hasn't been revealed.
The other reason is that we haven't done anything with the "no. one for no. four" which has to mean something!

Not entirely sure, but it is possible that you were second when a slogan we need, is referring to JOE BIDEN being VP when Obama's slogan was "Change We Need". He is also now #1 (the President) for 4 years? I guess that fits the clue?

Also... if we are looking for the wealthiest of all J.B.'s it is probably coming from Jeff Bezos, who is (at least some of the time) the wealthiest man in the world!
So... a full-on JB Conspiracy?

Not the answer you're looking for? Browse other questions tagged knowledge enigmatic-puzzle or ask your own question.

90
Fwd: Re: Karen is missing!
24
A mysterious letter and email
8
Someone graffiti'd my task list!
12
What did they kill Bob to hide?
6
The Golden Scorpion
13
A story of manicheism
7
Master Bomb Defusers - The Informant
24
Where will this killer strike next?
31
Re-Venn-ge of the Connecting Wall