The correct approach to this puzzle will lead you to two initials which in its entirety consists of 13 letters.

What is this 13-letter answer? 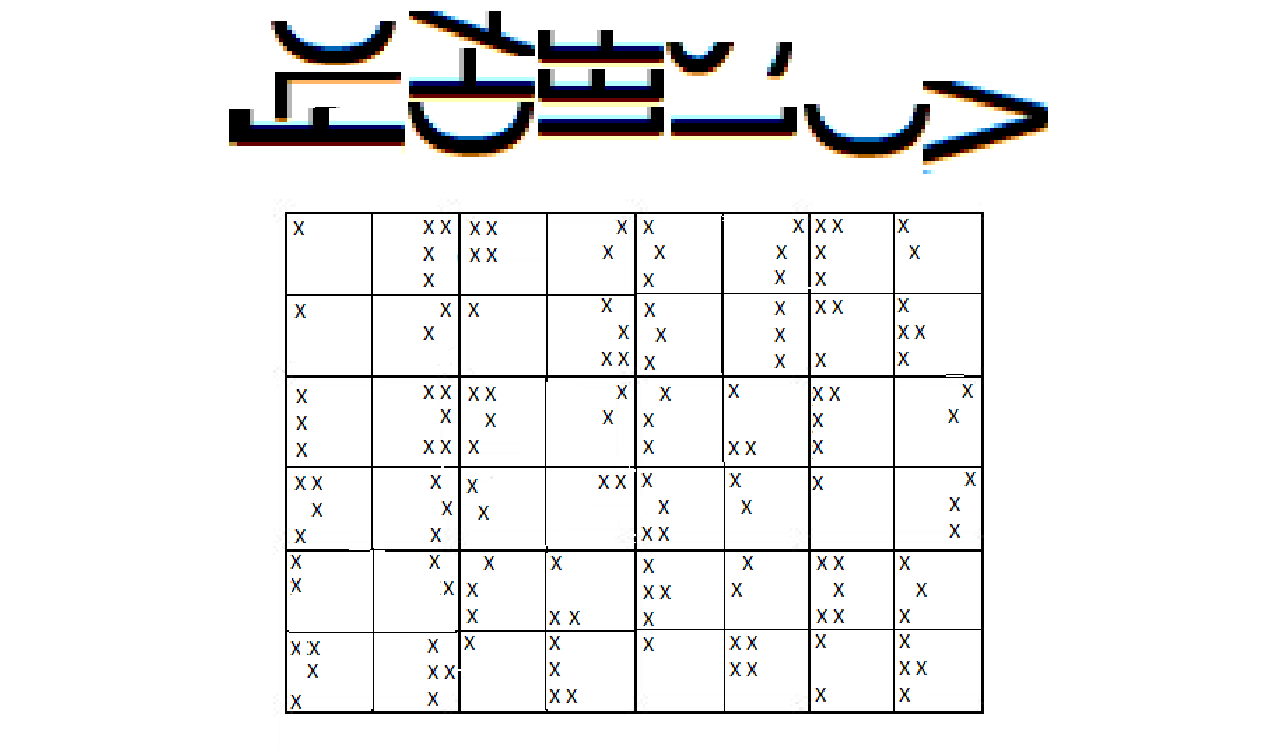 Let's start with deciphering the elements. The Xs obviously form 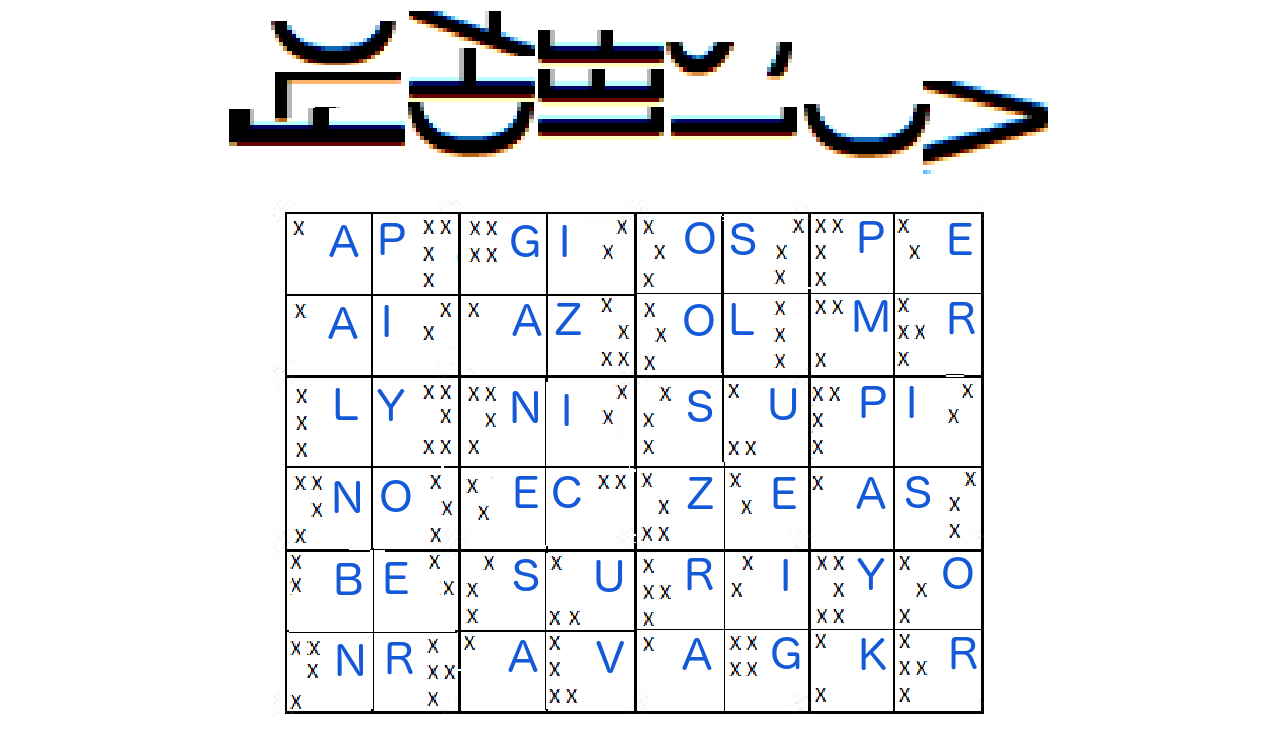 And at the top we have (most likely)

"FOLLOW THE CAPS", which can be read by tilting your head to the left and adding right halves to the letters.

Now, you might think the last of those three words should probably start with a "G" for the instructions to make more sense, and you may be right. However, I'm basing my guess on the result of the next step, which is a toughie: Make sense of the grid.

The image scaling artifacts make it entirely impossible to tell, but once I figured out the solution to this step (which seemed way too difficult), I noticed that OP has actually tried to give us a hint:

The grid is supposed to be split into 2x2 squares. You can actually see the line width differences in the original sized image, if you squint hard enough.

Using that as a guide, (or doing it the hard way like I did: staring at the grid until it yielded something meaningful) we find the following words:

The others are capitals of some sorts too, but the connections are too vague, so I removed the list from this bit.

These are kind of "all over the place", so let's skip the part where we'd plot their locations and see if that would form a pattern.

Instead, there are two likely clues we haven't used yet:

Both of these are easier to see with highlighting: 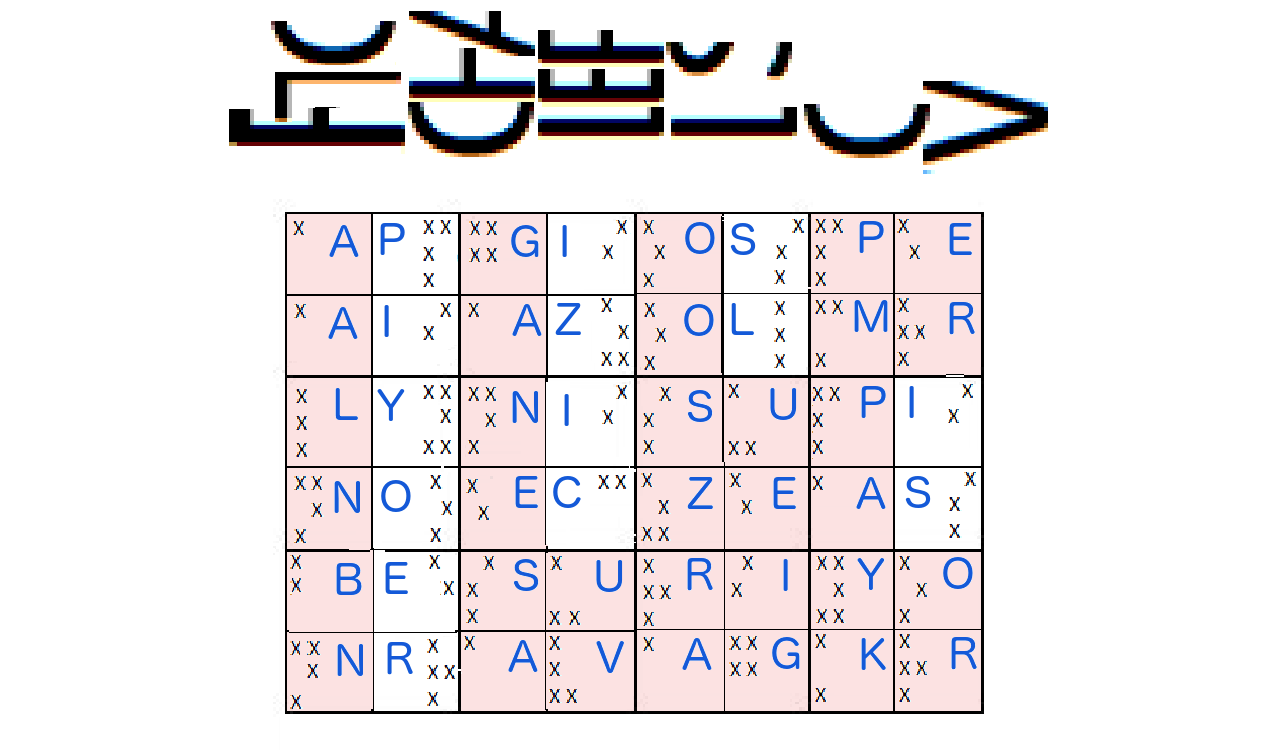 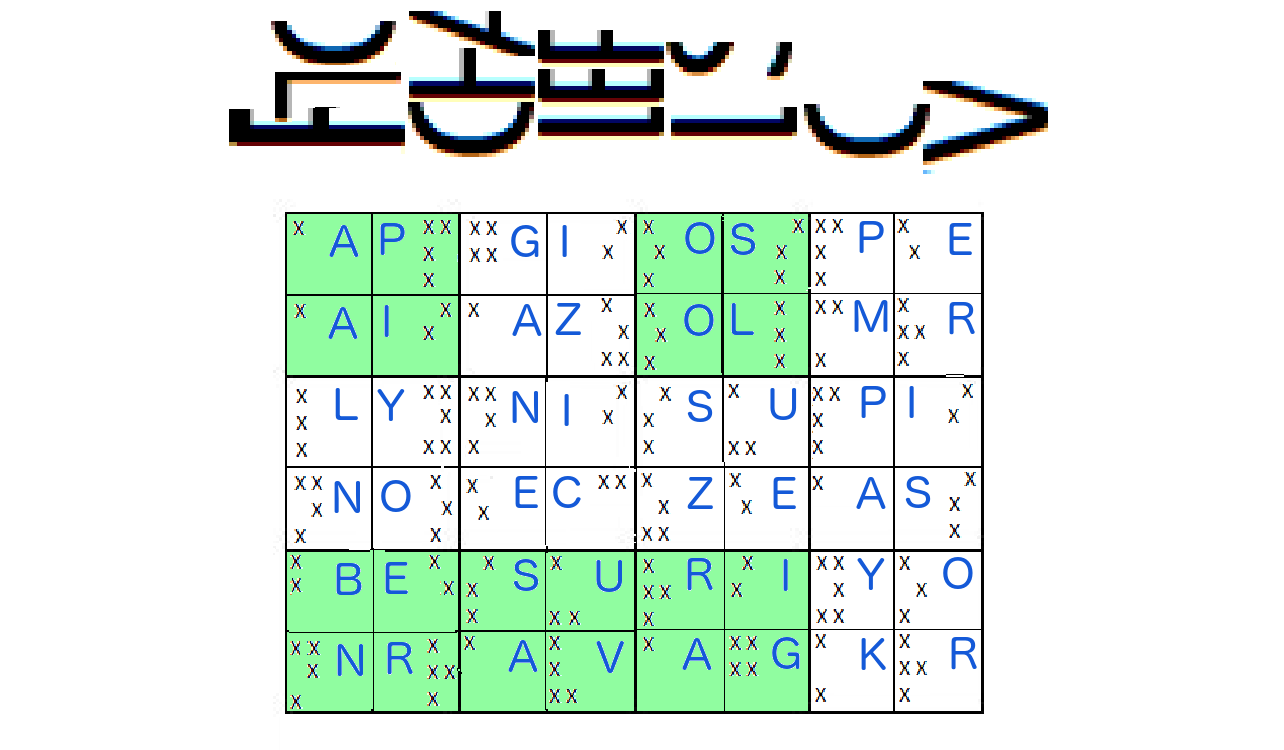 (Interpreting as morse code, the rows spell out "II TT"

And that's as far as I got. It's way past my bedtime, so feel free to continue from here if you want to.

EDITED in the morning:

In the comments, OP gave away that the letter placement inside the squares is not meaningful, and @Stiv actually solved the other part for the final answer of

which comes from interpreting

the capital cities as Braille dots, which forms the letters ⠥⠨, ("u" and "k"), which we then convert into capital letters following the general theme of the puzzle, giving us the initials UK.

I guess I just didn't see that. (pa-dum-tsihh.)

Title also confirms that @Stiv got it right, as

the UK (at least for now) consists of the countries of England, Wales, Scotland, and Northern Ireland.

5
The scientific one!
9
Old, yet we stand tall
5
A themed B&A Puzzle
7
They say, six-four
8
Sounds beautiful, doesn't it
5
Double Ducky (or Fu-two-shiki)
6
A class. puzzle
7
Different from each other
6
To remember them
12
All about position