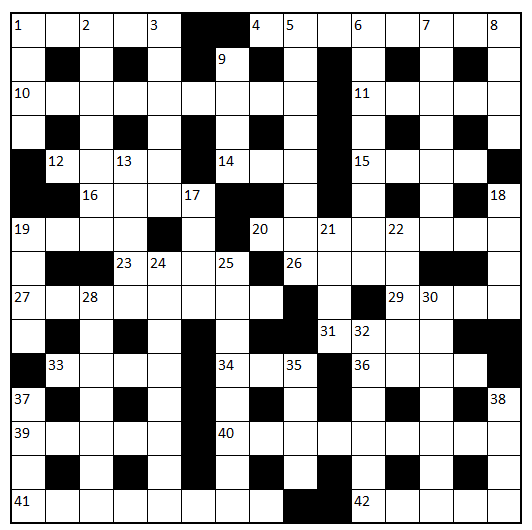 In eleven clues, contrary to normal cryptic clue rules, the definition part has been placed somewhere in the middle. It divides the wordplay into two separately solvable parts, indicating a place where the answer can be altered to form another, thematic word. These alterations are not written into the grid, but can be used to spell out a place where members of the thematic group might be held (three words).

Across
1/9d. Coffee producer to perform, together with 99 actors, at the front (5,4)
4. Southern doctors with strong desires to get running (8)
10. "Logic is grasped in here!" – A son in Georgetown (9)
11. Turn over uniform and wait (5)
12. Hundred players from Chicago wrecked bus (4)
14. Even elements in Java brought about successor of C programming language (3)
15. Partner, near Lima: "Coins in Peru? A bit strange" (4)
16. Some summer children's building blocks lacking essential part (4)
19. Between one fifty and two fifty, university is calm (4)
20. Middle Eastern martial artist coming to grips with sources of misery (8)
23. Included in glossary in anatomy: Bones (4)
26. Issue with finale in recording musical piece (4)
27. Empty cell, now renovated? Ridiculous little idea! Be quiet! (8)
29. (See 34a)
31. "Kardashian has adopted Muslim faith!" – Follower (4)
33. The sovereign among Russia's leaders (4)
34/29. Carrier of a paramilitary organisation's first seen near capital of Argentina (3,4)
36. How clumsy of me to go up stairs, ultimately (4)
39. Mountain retreat locale: Eastern parts of Greece (5)
40. Astonishing energies surround heart of Haitian national park (9)
41. Tramples small children, not one's own (8)
42. British Airways headquarters: Airline having central figure replaced by Englishman at first (5) 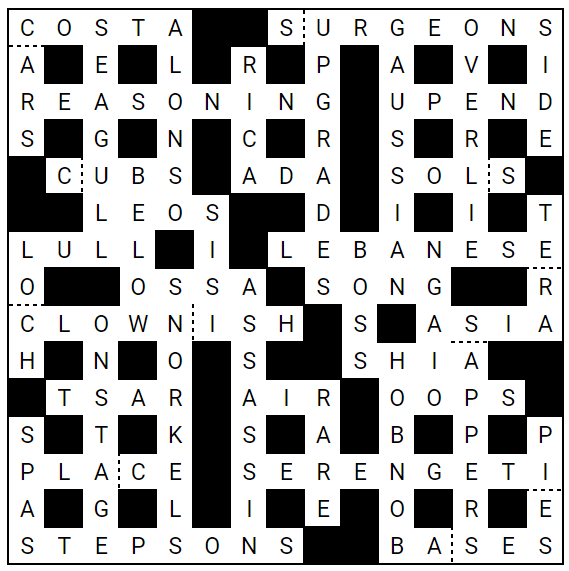 These letters, in clue order, spell out the appropriate place these all might be found - THE FISH TANK.