Complete the image below with the correct strings of letters in the correct squares (four squares will be left empty). 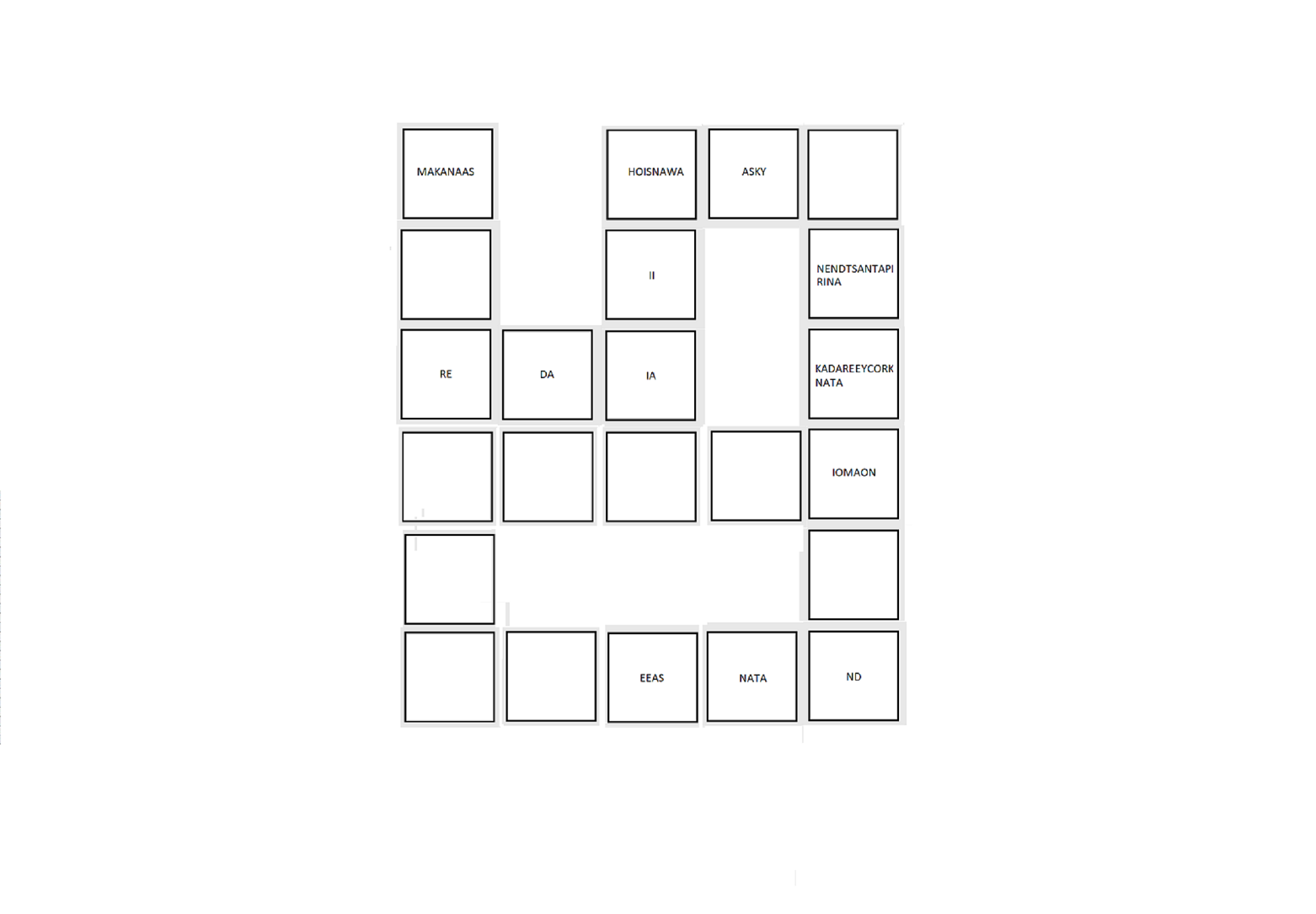 Transcription (■ is a square that does not exist in the image, and ? is a blank square. Ignore the header row.):

But why? Well, each box here contains:

A string of the last two letters of US states beginning with the same letter. Where more than one state exists with the same starting letter, the two-letter-sequences are ordered alphabetically by the state's full name. For example, the first box 'MAKANAAS' represents the last letters of ALABAMA, ALASKA, ARIZONA and ARKANSAS.

We start in the top left corner with states beginning with 'A' and snake around the grid letter by letter, ignoring letters which do not begin any US states (like B and J...). Doing so means that our gaps can be filled thus:

'TFS' is the initial letters of 'The Fifty States'! This suggests we should be looking at letters which appear in the names of the 50 US states. The fact that each box contained an even number of letters set me thinking about pairs of letters, and the solution (eventually) followed...

There was also an extra, really quite large clue here, which I did not spot until after the solve when the OP commented below. The OP's choice of the unusual path shape is not arbitrary... If you turn the grid on its side, the shape of it is clearly a number '50' - had I spotted that I would in all likelihood have started thinking about US states much sooner - d'oh!

A fully detailed diagram can be seen here: 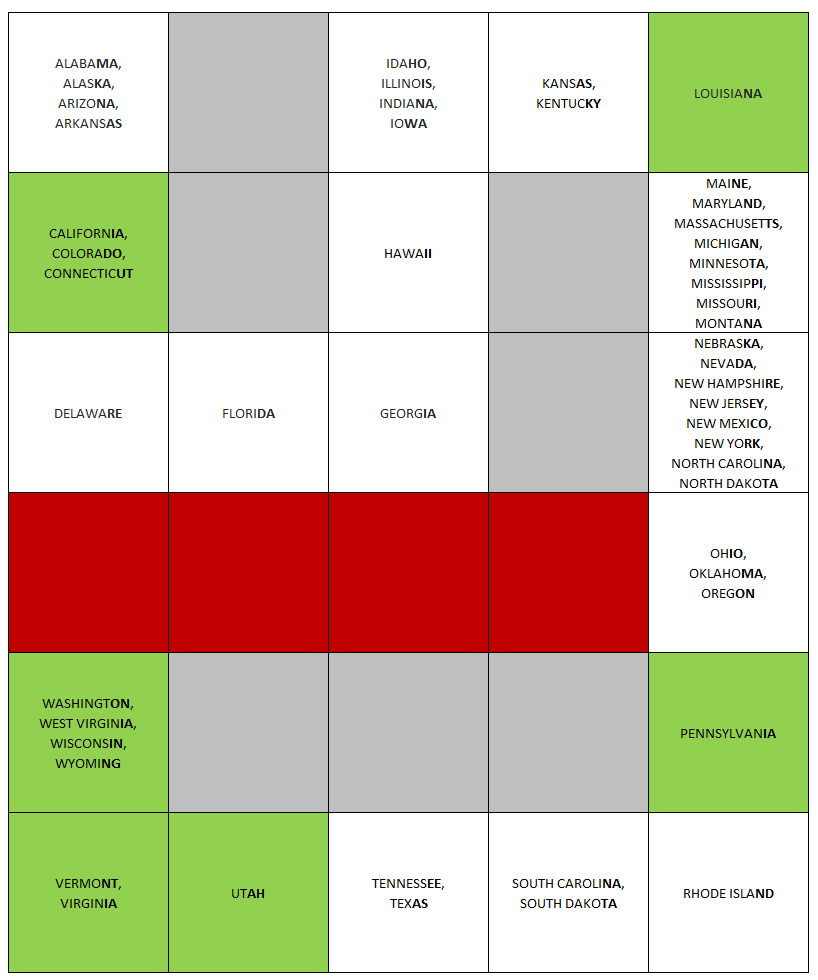 17
Mutation of aliens
42
fill this grid with water!
4
What do these circles have in common - and what not?
5
Connect the colored dots
10
Turn on all squares
2
Moving a Piece on an 64-square Grid (8 x 8) from Its Original Square to an Adjacent Square
9
Old, yet we stand tall
38
Q: What kind of logic puzzle would you like? A: Yes
7
They say, six-four