A pure checkmate is a checkmate where for each square the king might go to, there’s exactly one reason it can’t. The famous Légal mate is one example, so is a KR vs K checkmate.

What’s the minimum number of pieces in a position, reachable from the starting position by a sequence of legal moves, that’s a doubly pure checkmate, that is, the king can move in neither of the eight directions nor can it remain in place, where each of the nine options is forbidden for exactly two reasons?

A square being attacked by one enemy piece counts as one reason, so is being occupied by a friendly piece. No special treatment for pinned pieces, which (if adjacent to the king) contribute one reason for being there and another for being attacked. For the purposes of the puzzle, let’s consider being unable to move off the edge of the board one reason, so the king being mated can’t be located on the edge.

and this is clearly optimal, because

1 of the 5 pieces must be the black king. One must be the white which can only cover 3 squares leaving at least 15 for the remaining pieces. As obviously no piece can block more than 6 squares (a queen next to the opponent's king does 6) no fewer than 3 more pieces are needed. 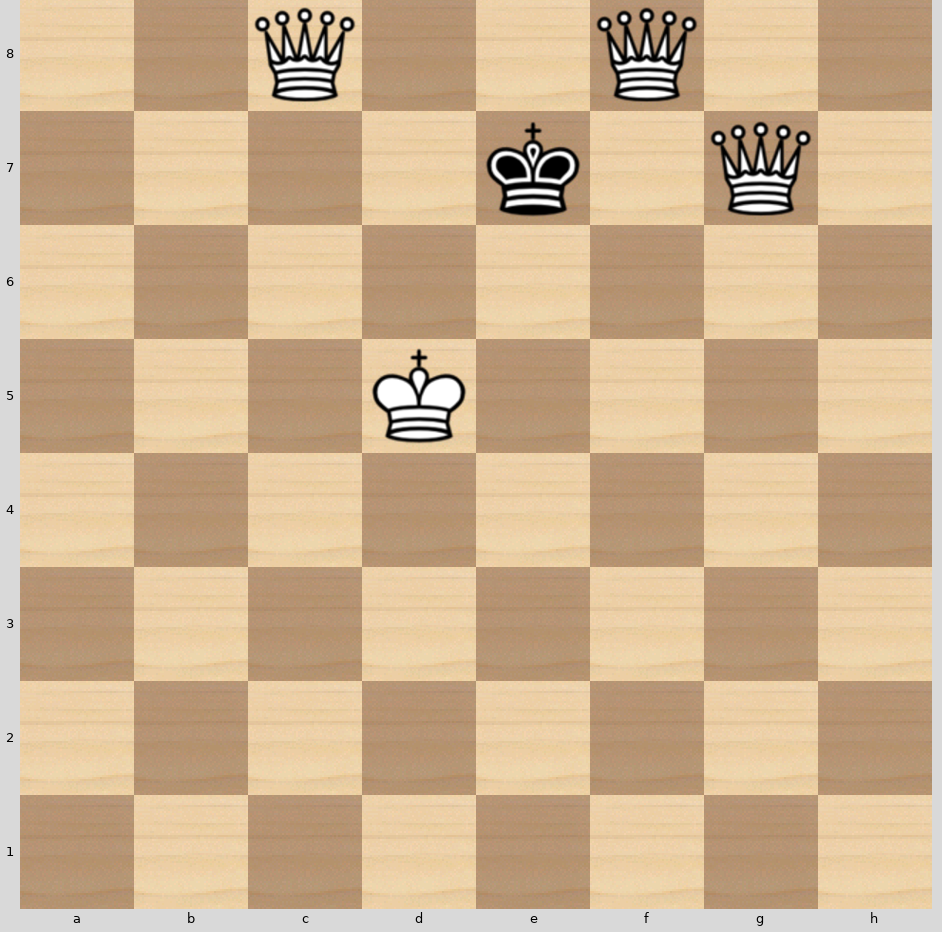