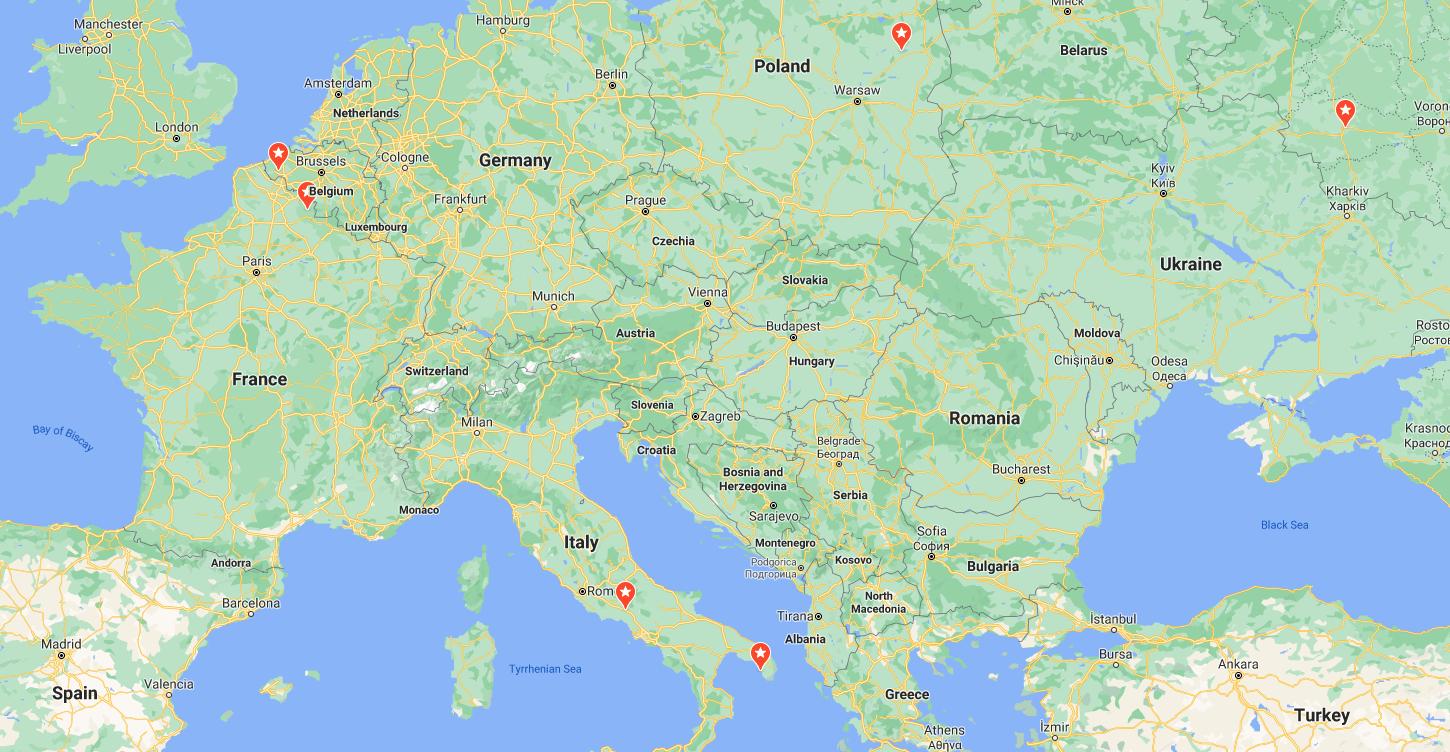 Now tell me, where was the Sun?

All the places in the map are

close to famous battles (from WWI and WWII) that are referenced in songs in "The Art of War" album published by Sabaton in 2008, hence the "artistic" part in the title.

Not sure what's the specific place marked, but it was part of the Battle of France, referenced in the second song, "Ghost Division".

the Gallipoli Campaign, referenced in the seventh song, "Cliffs of Gallipoli".

the Battle of Kursk, referenced in the ninth song, "Panzerkampf".

the Battle of Monte Cassino, referenced in the tenth song, "Union (Slopes of St. Benedict)".

the Battle of Passchendaele, referenced in the eleventh song, "The Price of a Mile".

The album also contains songs with quotes from Sun Tzu's "The Art of War". Considering this, I'd say the answer is: (the) Sun (Tzu) was in China

Not the answer you're looking for? Browse other questions tagged knowledge enigmatic-puzzle geography or ask your own question.

3
Guess the book character
14
What is special about this trip?
9
A birdwatching trip?
5
My Landmark Puzzle II
5
A place where the sun is up
19
Planning a round-the-world trip
10
Forgotten Travels
8
Seven Places at Once - Another Google Earth Challenge?
13
A trip around the United Kingdom?
17
A week around Europe