What are these people trying to tell you?

These people are trying to tell you something. What is it? 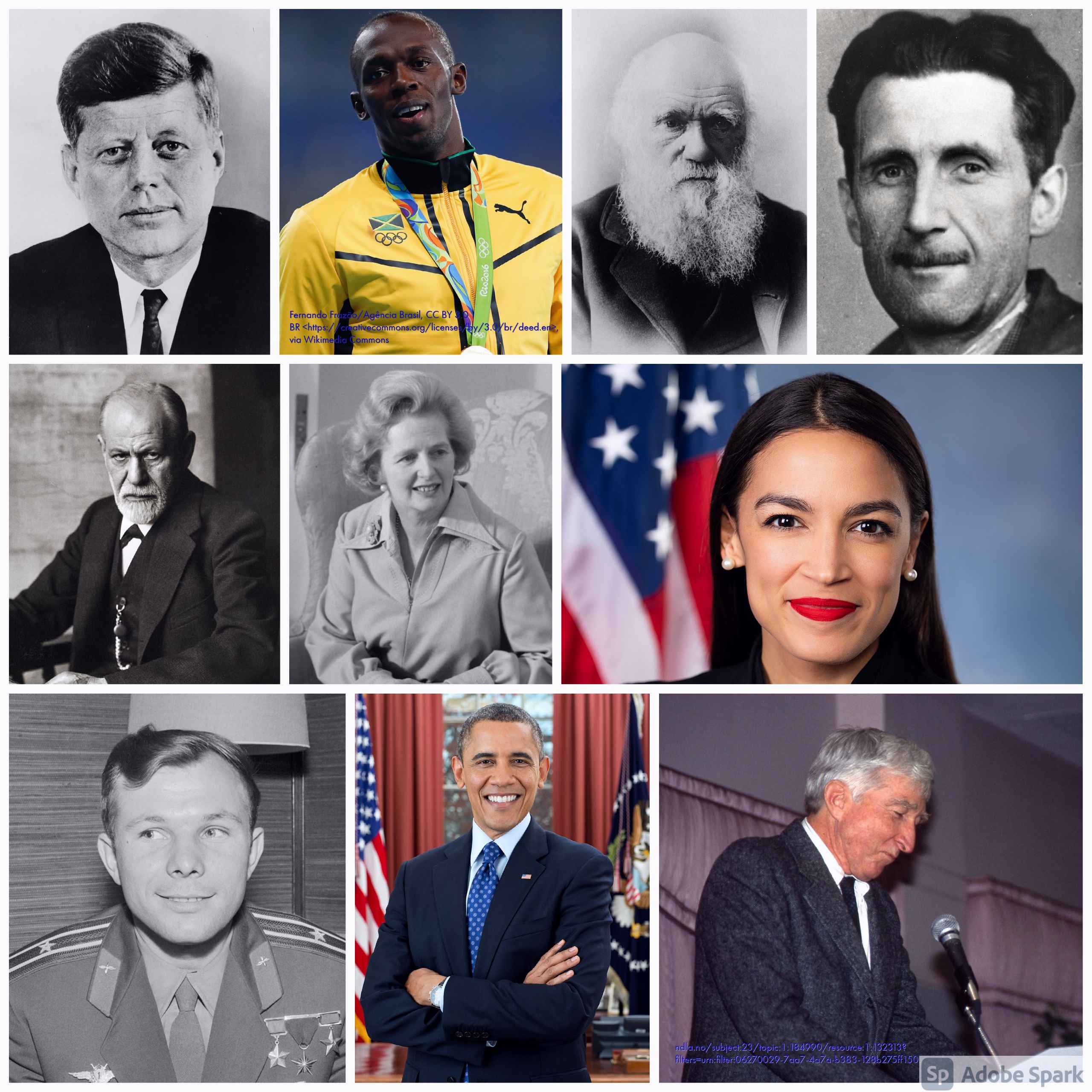 Note: The text in some of the images are just citations for those that aren't in the public domain. You can ignore them, as they are not part of the puzzle

I believe the message here is:

The people in the images are:

To read the hidden message:

In other words, this spells out KUDOS TO YOU!

Not the answer you're looking for? Browse other questions tagged word knowledge enigmatic-puzzle visual or ask your own question.

12
Can you extract the value from this interlinked cryptic puzzle?
16
Spot the Differebus
13
10,400 Reasons to be Afraid
11
A Puzzling Cipher: Redux
26
Captain Pun's new boat
10
Dave is meaning to tell me something, but he looks a bit shy. What is he trying to tell me?
10
A device he have a great interest in
33
What is wrong with these puzzles?