Which one of the five options (A to E) fits in the blank space? Why? 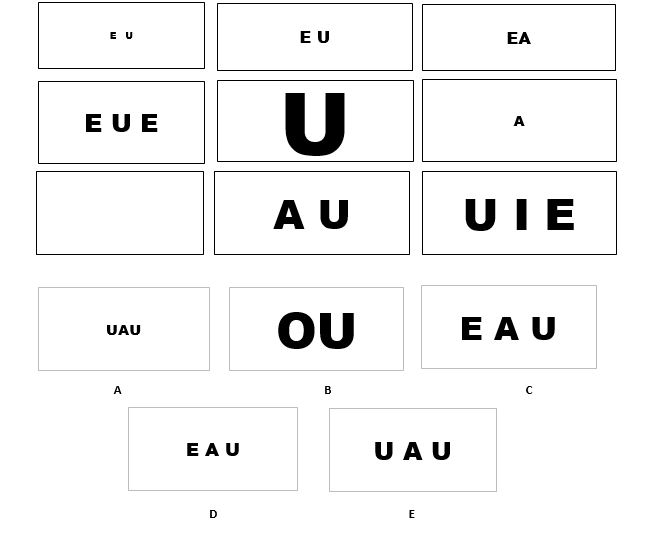 In other words, we have (going clockwise):

URANUS! i.e. 'U A U'. Considering the two sizes available, we need to take the one more similar in size to Neptune (E U E) rather than the one close in size to Earth (EA) - i.e. option E.

(Also note that when vowels appear consecutively in a name - e.g. in 'EArth' - the letters appear next to each other without a space in this rebus. This is another reason to choose the more 'gappy' 'U A U' over the consecutive-appearing 'UAU' option in A...)

131
Mensa IQ test question - lines in squares
25
Mensa Romania IQ test question - triangles and circles
22
Hexomino IQ Test
6
Find the Pattern in Symbols and Answer. What must be the answer and Why
2
Which of the numbered figures fits into the empty space marked by the question mark?
2
Progressive Matrix Question - lines in circles
15
A No-Sensa Test Question
13
A No Sensa Test Question with Mediterranean Flavor