IQ question - Spades and Clubs inside of boxes

This is a question from https://international-iq-test.com/

Here is my attempt at a solution, though it's too convoluted so it's probably wrong: 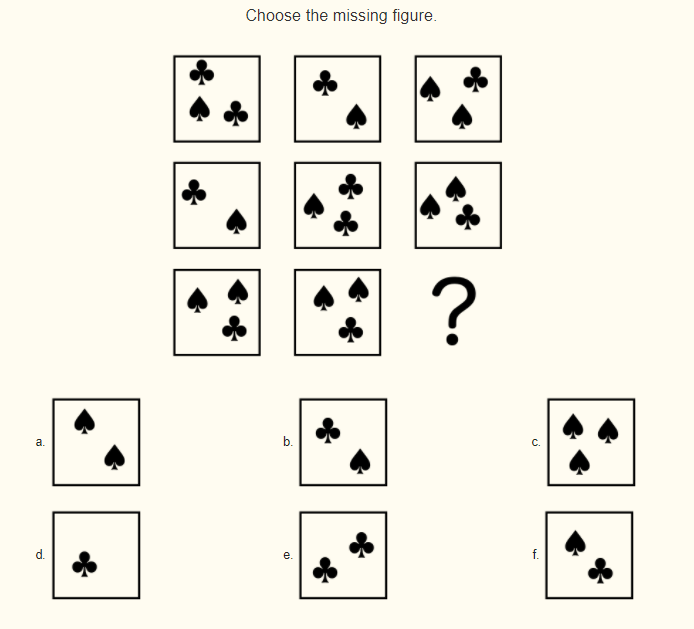 My answer is the card e.

Every row and column has 4 clubs and 4 spade. By adding the card with 2 clubs, we complete the grid.

Because in each row or column, the following rule is followed:

When a symbol appears more than once in any box, the numbers of that symbol in the first and second boxes are subtracted. In the first row, 2 clubs minus 1 club = 1 club (because in this row, club IS repeated). Next row, same thing: clubs repeated and their numbers subtracted.

This same rule works in each row and each column, so:

Not the answer you're looking for? Browse other questions tagged pattern progressive-matrix or ask your own question.