Honeycomb: a hexagonal grid of letters

This puzzle consists entirely of one image, attached below. The image is large and you will need to zoom in to see some of the details. There is no hidden information, only what you can plainly see. The answer is one word. Starting with the bottom,

we can see COLOR spelled out. The two tiles nearby anagram to RANGE/ANGER and EUPHORIA. This gives us a starting point for what we need to do: trace paths along the tiles so that they spell words or phrases. 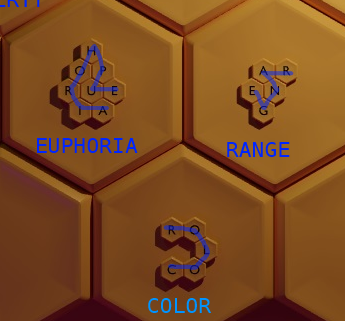 we now have some blank tiles. The bottommost one spells out AQUATIC on the left side, and ANIMAL on the right -- and there's a single tile in between. This tells us that we have to use the blank tiles as spaces between words.

Now, the remaining three tiles on the left can be solved: IMPECCABLE LOGIC, MORAL LIBERTY, and THRESHOLD OF WEALTH. 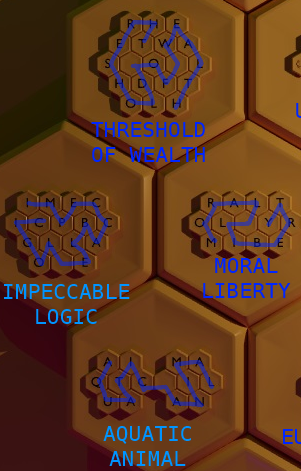 we have some tiles with two letters on them. The R next to the [H,Z] tile is helpful - no common words end in ZR or HR, and none start with RZ. But we can make RHINESTONE starting with RH. So, if there are two letters on a tile, we must pick one.

With this, the other three right-side tiles can be solved: EXODUS, BUSHIDO, and REFLECTION. 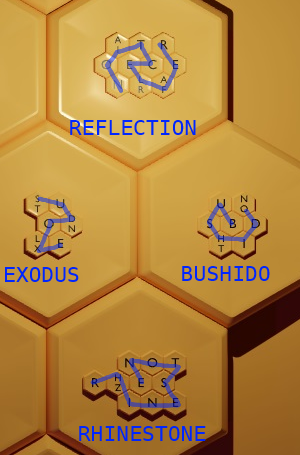 it looks like one of the tiles has a bunch of other tiles on it? Zooming in, we can see:

Here, the only word of the form [anagram of TIRAM]...U or U...[anagram of TIRAM] is TIRAMISU. And the subpuzzle on the tile spells out ILLNESS. This introduces another mechanic: any subpuzzle counts as its solution's first and last letters.

The two 'side' subpuzzles in this section use the mechanics from the other two sections:

On the left is subpuzzle ALARM CALL and answer FUNERAL. 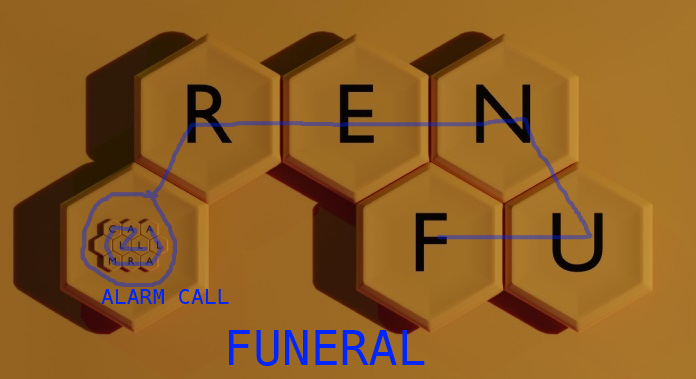 And on the right is subpuzzle NEBULA and answer ANAGRAM. 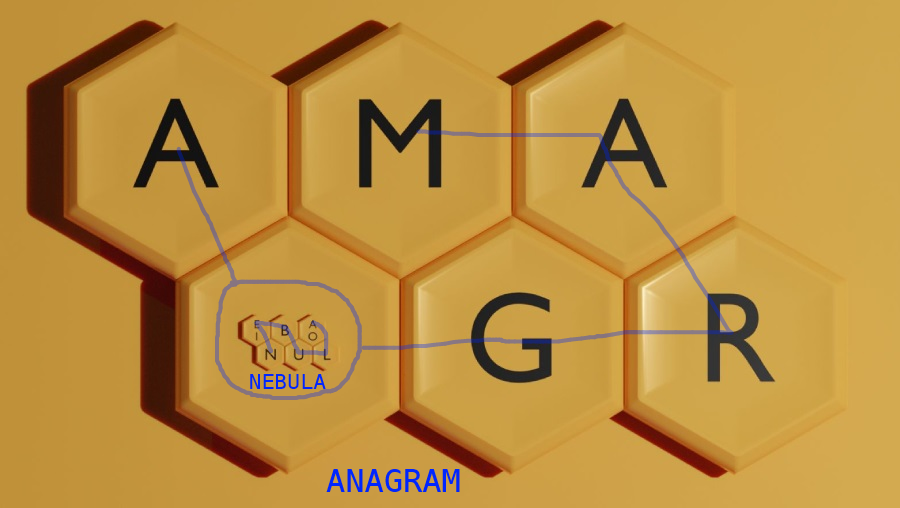 And for the top,

we have another new mechanic added in the subpuzzles. 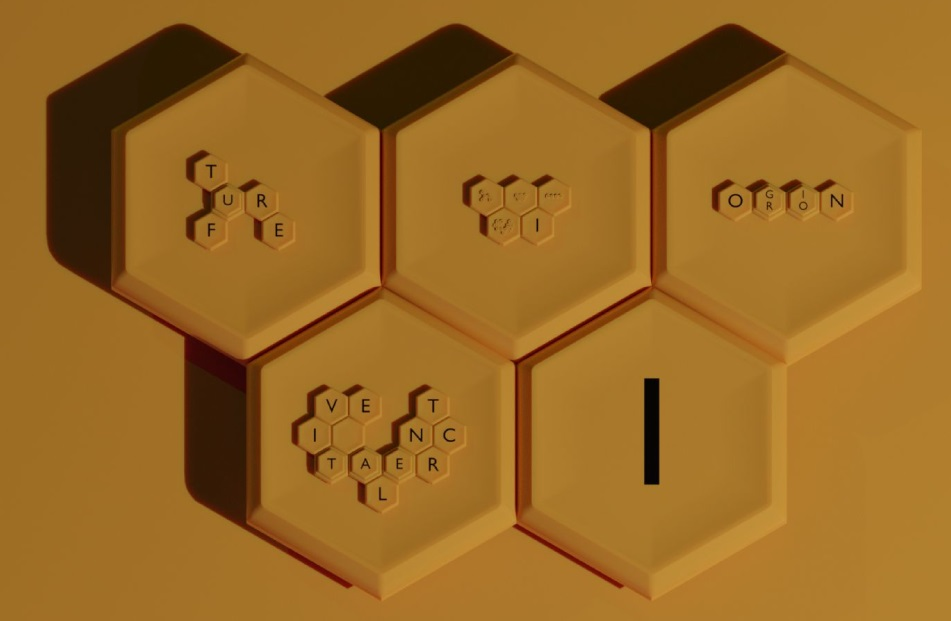 Now there are tiles that are stacked. Here, it seems that the top left must be FUTURE -- which means that the double-stacked tile is used twice.

The other two puzzles (ignoring the top for now) can then be solved: their answers are CREATIVE TALENT and ORIGIN. (It appears that there are no restrictions on which letters you use if you revisit a double-stacked tile.) 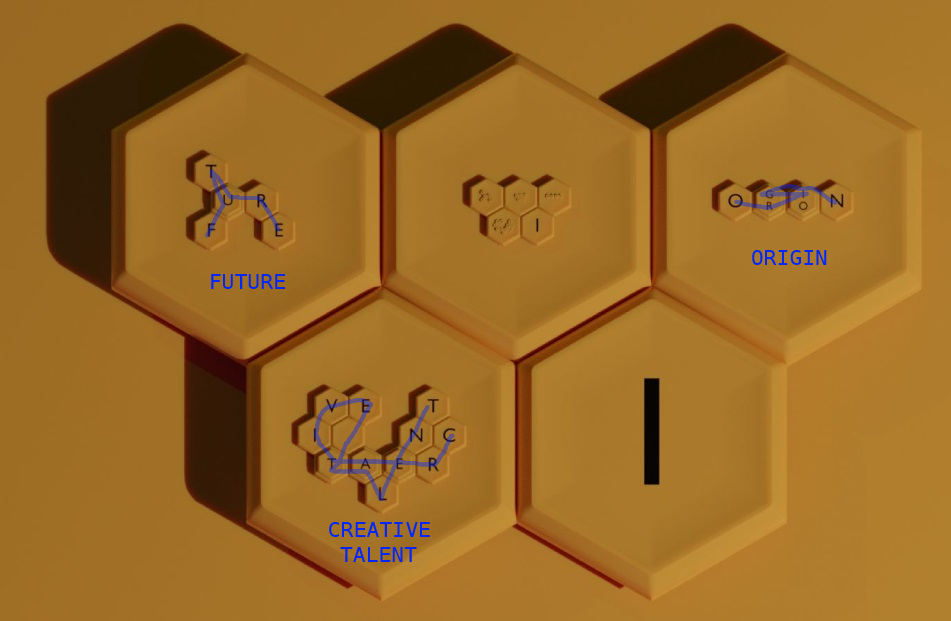 But... what's that in the middle? It looks like an exact copy of the puzzle we're currently solving. And indeed it is - we need to make sure that the first and last letters of the solution to this puzzle are also the two letters given by the top middle tile.

Tracing a path around the top tile, we see FE, CT, I, ON. So the answer is INFECTION, which gives IN just like we want. 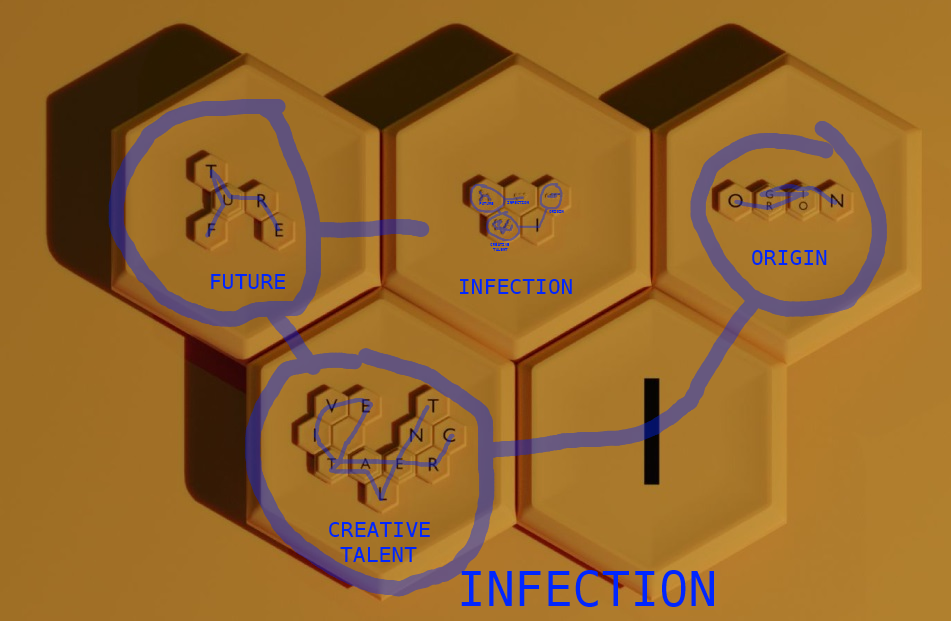 And now the final puzzle can be solved: 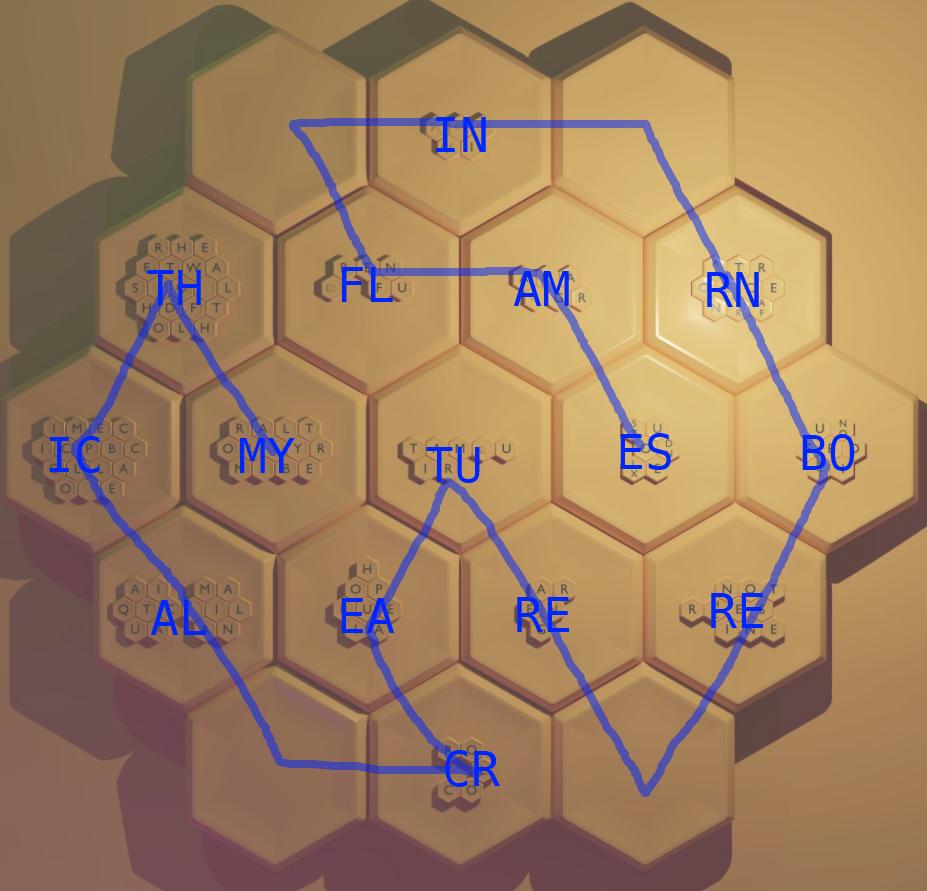 The path here spells out the phrase: "MYTHICAL CREATURE REBORN IN FLAMES". The solution to this, and therefore the final answer to the puzzle, is PHOENIX.

42
Lepidopterology needed!
4
What do these circles have in common - and what not?
16
Dedicated image - but dedicated to what/who?
20
Hexagonal minesweeper
22
Mortin Myes' Second Cryptic Gallery
8
Aha! So elegant!
24
12 hidden clues in just one paragraph!
9
Old, yet we stand tall
28
Tribute to Clifford Possum Tjapaltjarri