In the graph below, each node is coloured either red or yellow, except for the white node in the bottom left, which I've marked with an X. 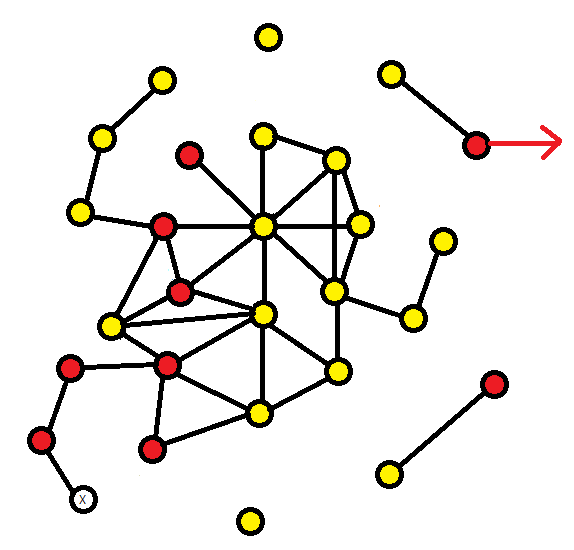 Can you tell me what the white node marked with X represents?
Should it be coloured red or yellow?

GREECE and should be Yellow.

Because this graph represents:

Borders between member states of the European Union. Each node is a country, each line is a land border, and the colours are yellow if the country uses the Euro or red if it does not. The countries can be identified as follows (with one ambiguity where the island nations of Malta and Cyprus are interchangeable): 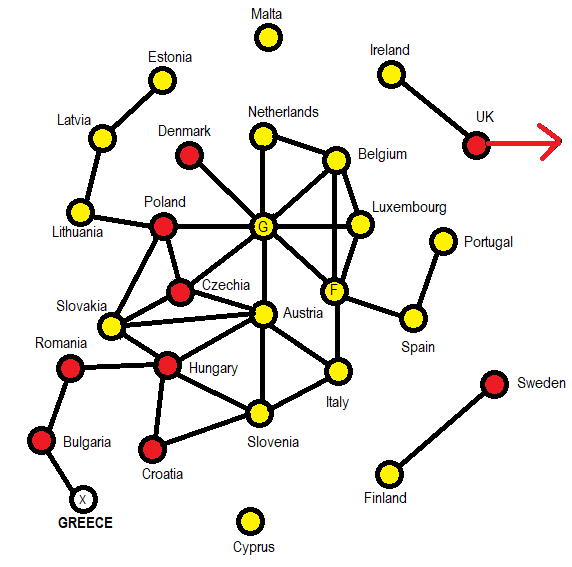 As mentioned above, Greece should be yellow because it uses the Euro as its currency. Out of interest, the nations in red use the following currencies: Bulgaria = lev, Croatia = kuna, Czechia = koruna, Denmark = krone, Hungary = forint, Poland = zloty, Romania = leu, Sweden = krona, United Kingdom = pound.

Of further note here is that the UK has a red arrow coming off away from it, since this signifies its recent departure from the European Union. This is particularly pertinent at the start of this new year, since as of the turn of the year the UK has now left the EU's trade arrangements (with a last-minute deal!), effectively severing the final key ties between it and the organisation. (Insert political opinion of your choice here...)

For comparison, here is the real deal: 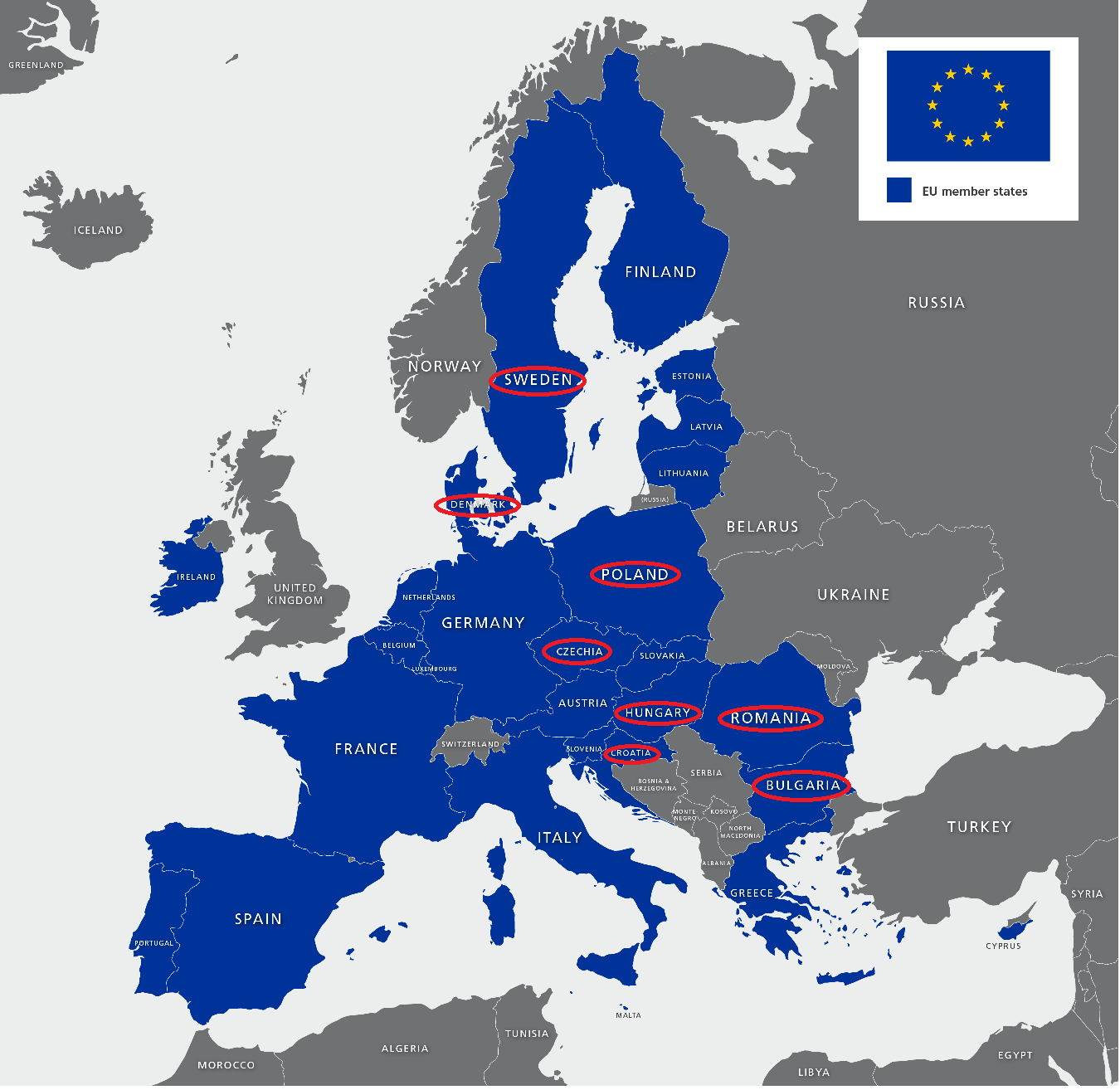 Not the answer you're looking for? Browse other questions tagged knowledge visual graph-theory or ask your own question.