Running Out of Time

You are playing with the black pieces and you know you have about a second before you run out of time and lose the game.

There is no time added to the clock and white has plenty of time left. What move do you play? 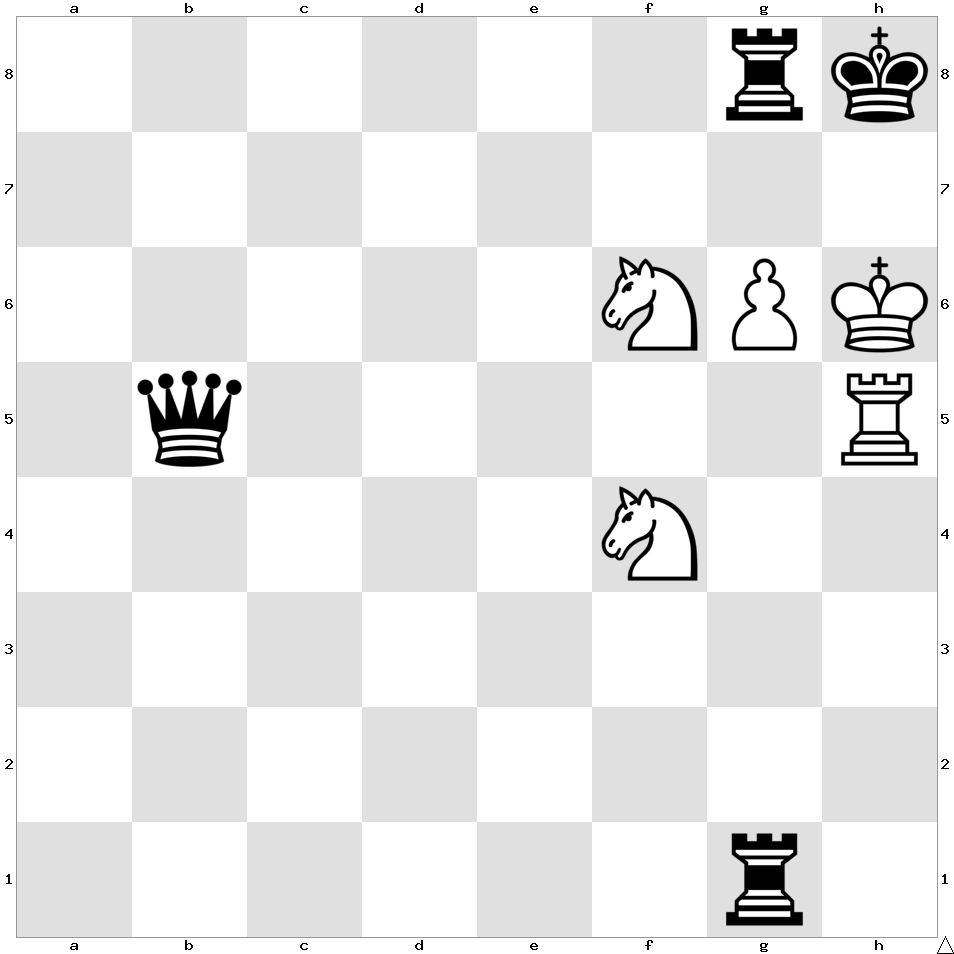 after White plays the forced 2.Nf4xg6+, I play 2...Rg1xg6+. Now White must capture the rook with 3.Kh6xg6+. Now just capture the White's rook with the queen 3... Qb5xh5+ (actually, Black has to do it as an only way to get rid out of check), and White has again nothing except capturing the queen (with any of his remaining pieces, the king or the knight). All White's and Black's (except the first of course) moves are forced and lead to KN vs K, which is immediately declared draw by insufficient material.

7
Queens on a Board with Two Players
8
Reconstructing A Chess Game #2
17
Fairy Chess #1- The Mastermind
10
One-sided chess: Can you stalemate yourself?
8
The ability-swap-circle chess
2
Pawninos-44 Checks In A Row
6
Freedom of many choices
7
The Russian machine has a flaw
11
A knight chased by three knights
4
Doubled Knights redux