Who took Gwen's purse and jacket?

Four sisters went to the movie theater. While leaving the venue each one of them took by mistake the purse of another sister and the coat of another different sister. Maria took the coat that belongs to the sister whose purse Jenny took, while Jenny's coat was taken by the sister who took Maria's purse. If Gwen took Sophia's purse, who took Gwen's purse and coat respectively?

The alternatives given in my book are as follows:

The following puzzle comes from my Logic and Reason book from the 2000's and it appears to be an adaptation of a reprinted copy of Martin Gardner's book of the 1970s Puzzle Carnival under the section of logic grids.

I've attempted to follow a strategy but I became confused on how to arrange this information in a logic grid. Can this be done? The part which I'm struggling with is how to arrange these to match the condition of one people's taking another's belongings.

Can someone help me with this puzzle? Please include a step by step analysis because I'm lost on this one.

This can be solved with a classic logic grid, with these three categories:

Here is the starting (empty) grid. 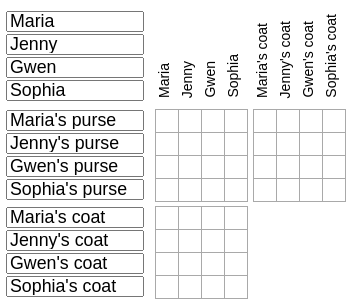 Step #1: let's fill it with the first information: "each one of them took by mistake the purse of another sister and the coat of another different sister" 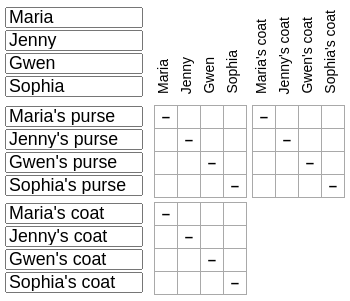 Step #2: From "Maria took the coat that belongs to the sister whose purse Jenny took", you can infer that 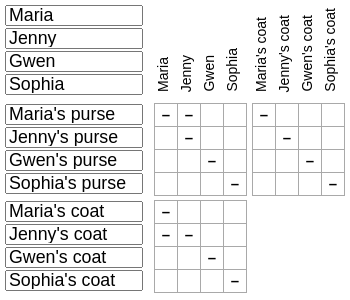 Step #3: From "Gwen took Sophia's purse", you can infer that 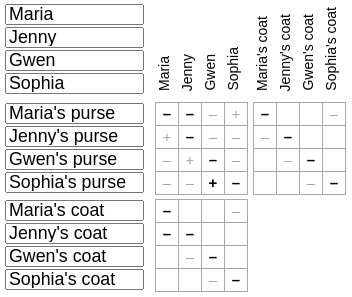 Step #4: From "Jenny's coat was taken by the sister who took Maria's purse", you can infer that 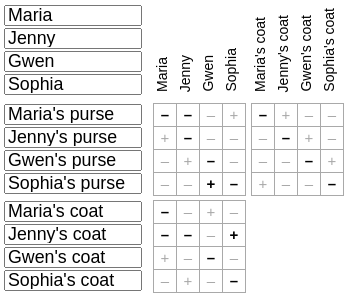 So, "who took Gwen's purse and coat respectively?"

For some reason (I have no idea why) this puzzle is screaming "Graphs!" at me.

So let's do graphs. Here's the basic situation: 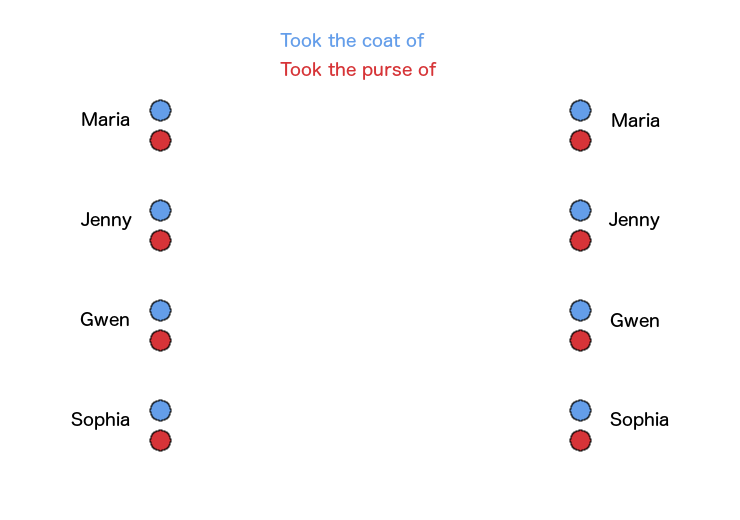 Put in the given clues: 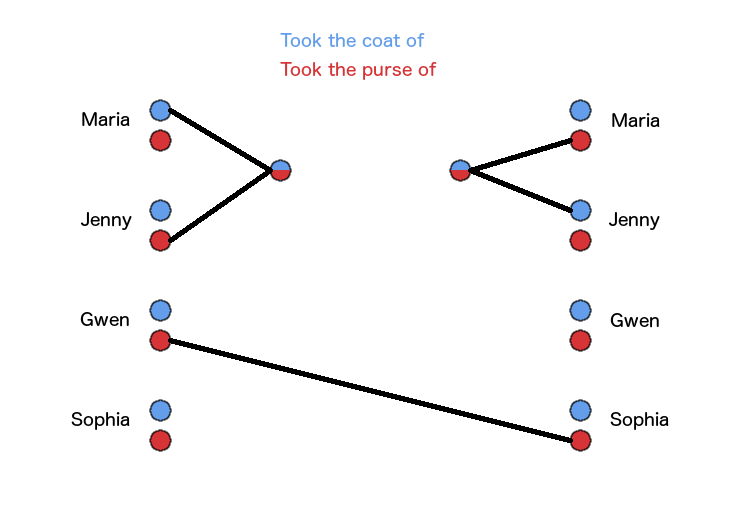 Connect the two-coloured blobs to the only persons that still have both colours available: 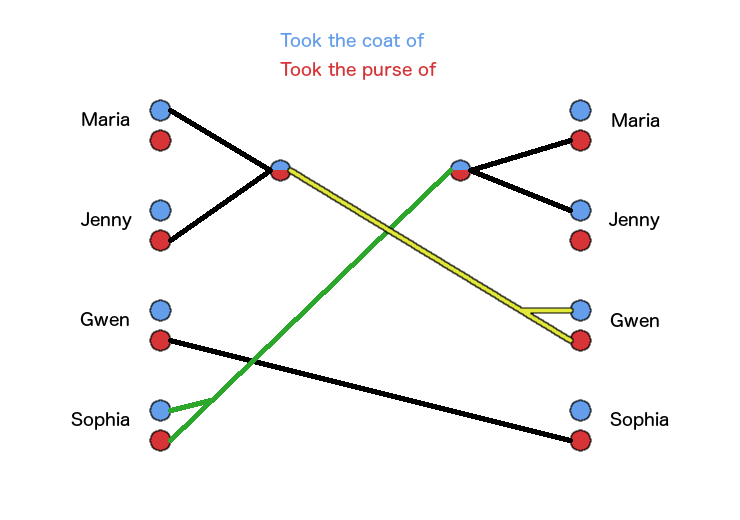 And oh look, we are already done!

I did it a little bit differently.

5. This shows us Gwen is the mysterious X from our first fact, thus Maria has taken Gwen's Coat! Problem solved. Gwen's purse and coat were respectively taken by Jenny and Maria.

3
Who likes Actress E?
1
Find the competition rankings of three people based on their final scores
1
Teachers around a circular table - who teaches geometry?
1
Who dances what musical genre and with whom?
0
How do you find the average score in an archery competition?
3
How many children have two colored flags?
3
On which date was Marina born?