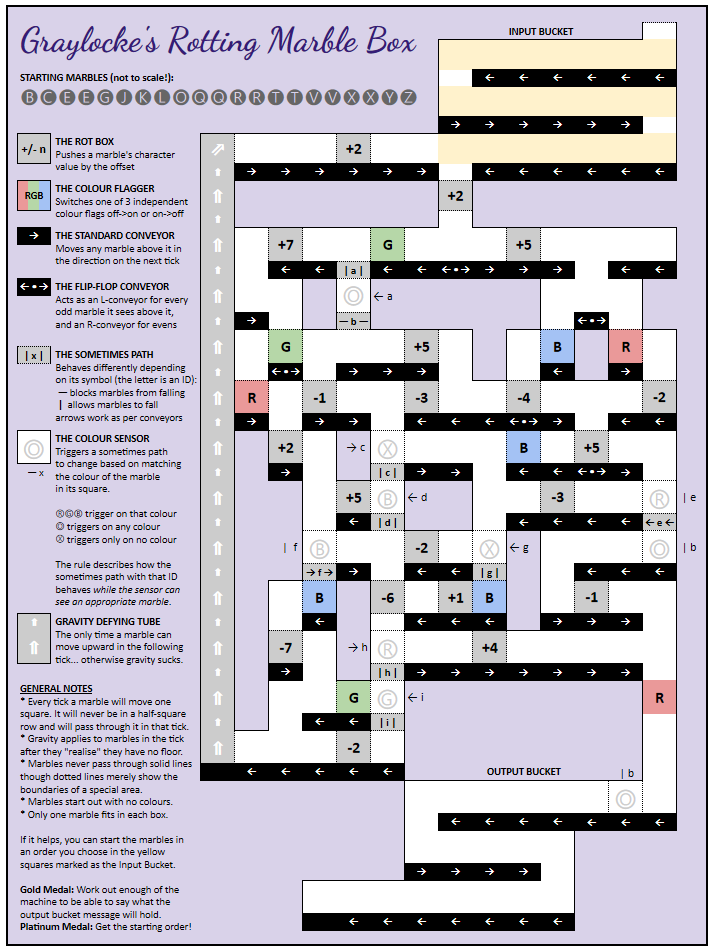 All instructions are provided on the advertising flyer we have produced but, for those spoilsports who do not like colourful images, I reproduce the rules below:

An example of the final two contraptions working together: the Sometimes Gate with the ID "c" will allow all marbles to fall through, except no-colour marbles because the Colour Sensor in the box above it will trigger and convert it to a right-pushing Conveyor. (Though as soon as that no-colour marble moves right, it no longer triggers the sensor, meaning that the Sometimes gate is back to dropping marbles straight down!)

Graylocke Inc. will award a prize of one checkmark to the first person to write the solution to the puzzle, which is to say what should appear in the output rows at the bottom right of the box with some logical reasoning. Knowing all the secrets of the Rotting Marble Box is worth extra credit but not required.

Some side notes that contain no clues:

Sorry that this seems complicated, I have taken a magical version of a physical puzzle and made it into Excel (as I seem wont to do). Though I am obsessed with colours, it is colour-blind friendly (I tested it with a colour-blind friend). If someone wants to make an ASCII version of this to put below my picture, you are welcome to do so... I am not sure how I would go about doing that! If this is a terrible puzzle, I can but apologise and request feedback!

While ordering the lettered marbles is the thing that seems natural to try first, I advise that it is probably the last thing you want to do... and I wouldn't blame you if you never wanted to do it at all!

The machine is actually a lot simpler than it looks!

First, note that the only ways two marbles can interact are:
- flip-flop conveyors, where one changes which way the other will go, and
- switch b, where one marble is trapped in the upper left until another hits sensor b.

The second of these doesn't matter; any marble that gets output will hit switch b, freeing any marble stuck in the top left.

If we modify the machine so that the flip-flop junctions choose randomly rather than alternating, the first doesn't matter either. The machine can have the same behaviour as the original, depending on how the junctions' coin flips turn out; I will show that the coin flips have no effect on the resulting letters. (Though they may affect the order of the marbles.)

If a marble doesn't hit one of the two "red" color changers, it will end up in the bottom left with a shift of -2. Then the elevator will carry it up and put it back in the top with a shift of 0, as if nothing ever happened. 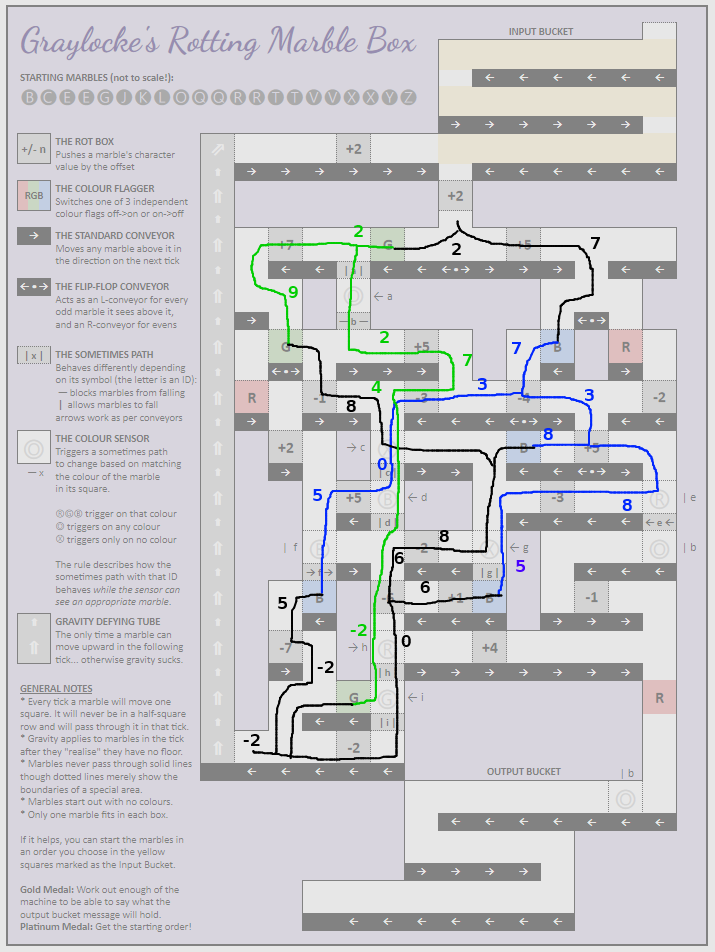 If a marble does hit one of the two "red" color changers, it will be output with a shift of 9: 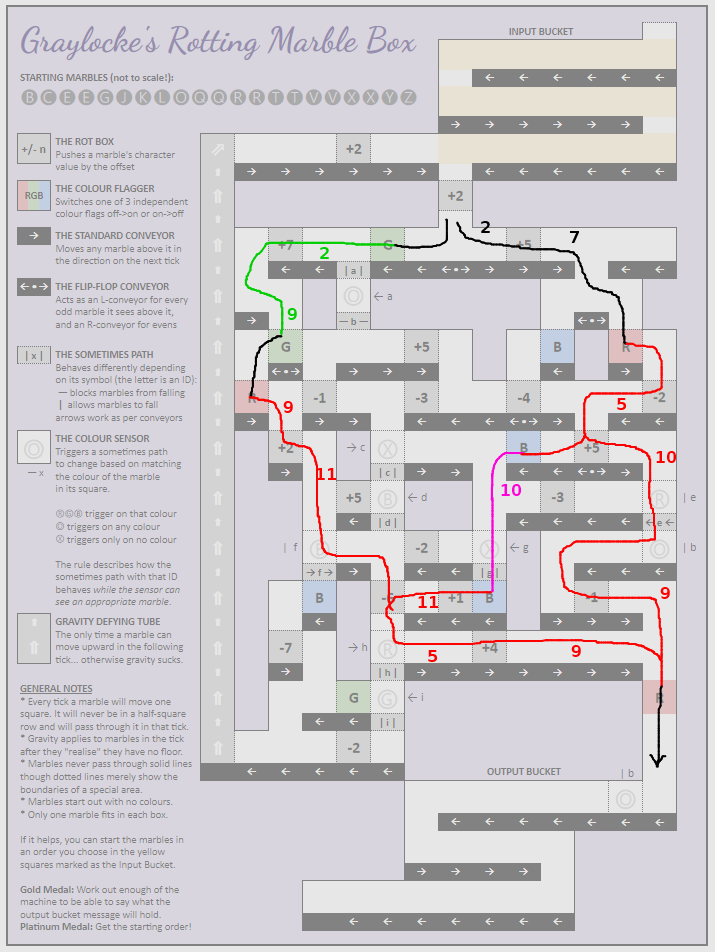 Every marble will be output with a shift of 9. That means the ending text will be some anagram of KLNNPSTUXZZAACCEEGGHI. Anagrams of this size are normally completely intractable, even by computer; but here we have a suspicious double Z, as well as a K. In fact, these anagram to PUZZLING STACK EXCHANGE, so that must be the intended final output!

Not the answer you're looking for? Browse other questions tagged cipher visual mazes or ask your own question.