Captain Clumsy never ceases to amaze me... This morning I was down at the dockside when I heard a shout from a nearby ship. Steeling myself, I looked up... then let out a groan... Him again!

The docks were noisy and I couldn't hear exactly what he was saying, just snatches of it - I got the impression there was something very important missing from his ship or his supplies, but couldn't make out what. After a while he held up a finger in a way that said "Wait there one moment," and disappeared below deck.

I waited, and waited, but twenty minutes later he still hadn't re-emerged. Unable to linger any longer, I marched up the gangplank and onto his ship, finding him in his cabin.

"Ah, I was almost ready," he said. I looked down at his table, upon which were spread out seven European flags and a large piece of acetate with some shapes drawn upon it. Bemused, I asked what he was doing. "Just sending you a message," he said.

"What's wrong with just using the radio?" I asked. "Have you broken it again?!"

"No, I'm sure it's fine," replied Captain Clumsy. "I'm just a traditionalist - that technology doesn't always agree with me... And I can't find the normal ones, so I'm just..." He tailed off.

I was about to ask him what was so urgent, when looking down at the flags I was able to work it out for myself. Suffice to say I was not best pleased - I'm an engineer, for crying out loud! - and I told him quite plainly that he could go to the shops and get what he so desperately needed himself...

By examining the image below, can you work out what Captain Clumsy was lacking? How was he trying to communicate this to me? 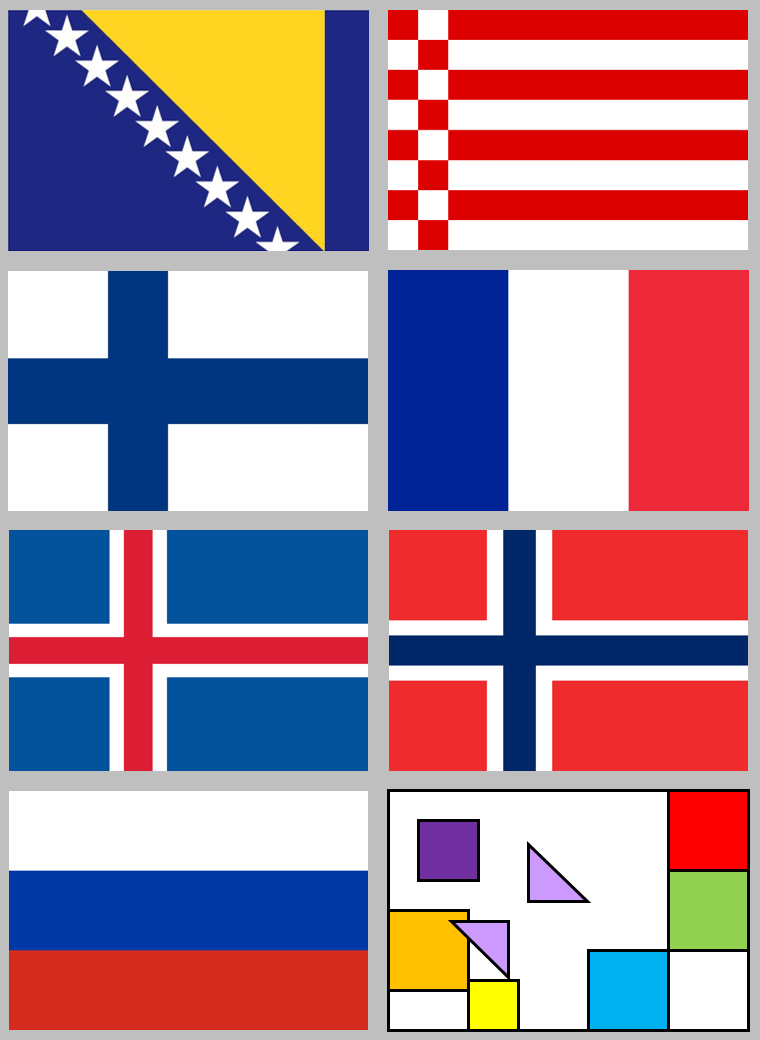 I think that what Captain Clumsy is lacking is:

First of all, identify the flags:

If we take each color square (violet is split into two triangles which make the square) and take that section of one of the flags, then sort them by rainbow order, we can make the seven letters from KETCHUP in nautical flag (NATO) style.

Which generates the following table:

EDIT: The flags cut out with the acetate patterns look like this: 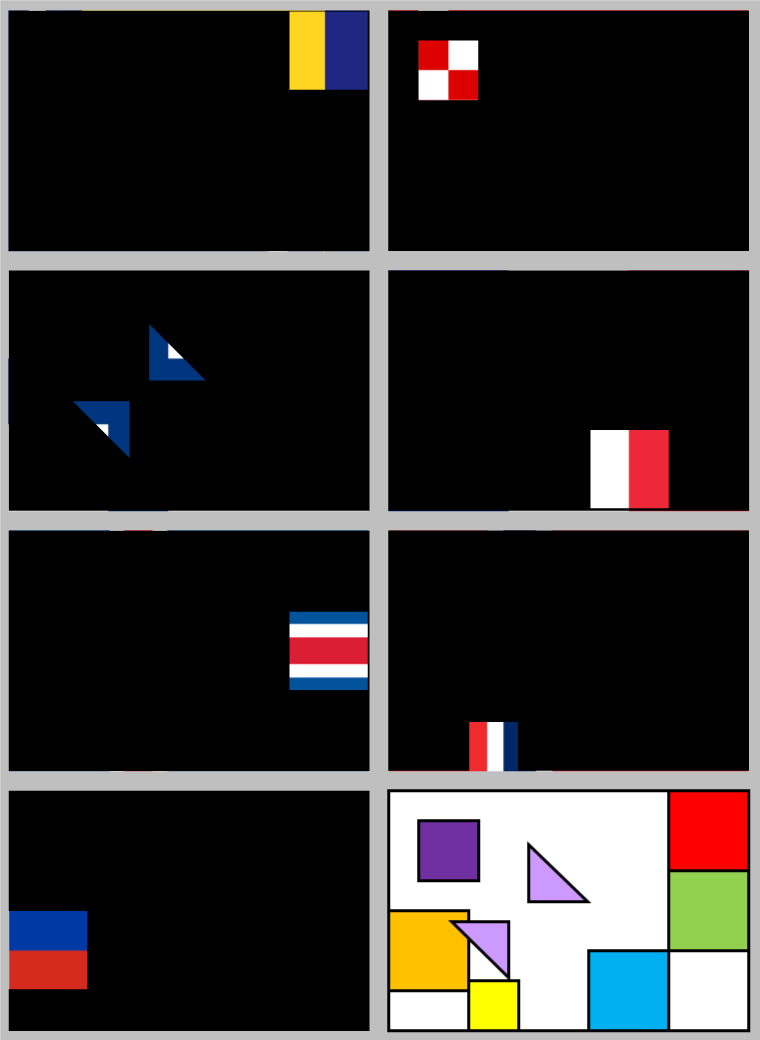 Not the answer you're looking for? Browse other questions tagged word cipher visual story flags or ask your own question.