You are provided with a 9x9 grid of squares and 21 minimalistic flags (pictured below, all shown to scale).

TASK: Assign a colour (Black, Blue, Green, Orange, Red, White, or Yellow) to each of the 81 numbered cells so that the grid can be exactly partitioned into 21 shapes equivalent to the pictured flags (without rotation or reflection). Each cell must be covered by part of exactly one flag, every pictured flag must appear in its own right, and the following rules must be satisfied:

This puzzle can be solved purely by logical deduction - no guesswork is required. Please explain the logical steps leading to your answer.

NB The symbols on the flags of Cameroon and Guatemala can be ignored. Flags are all 3x3, 3x1 or 1x3 grid cells in size. 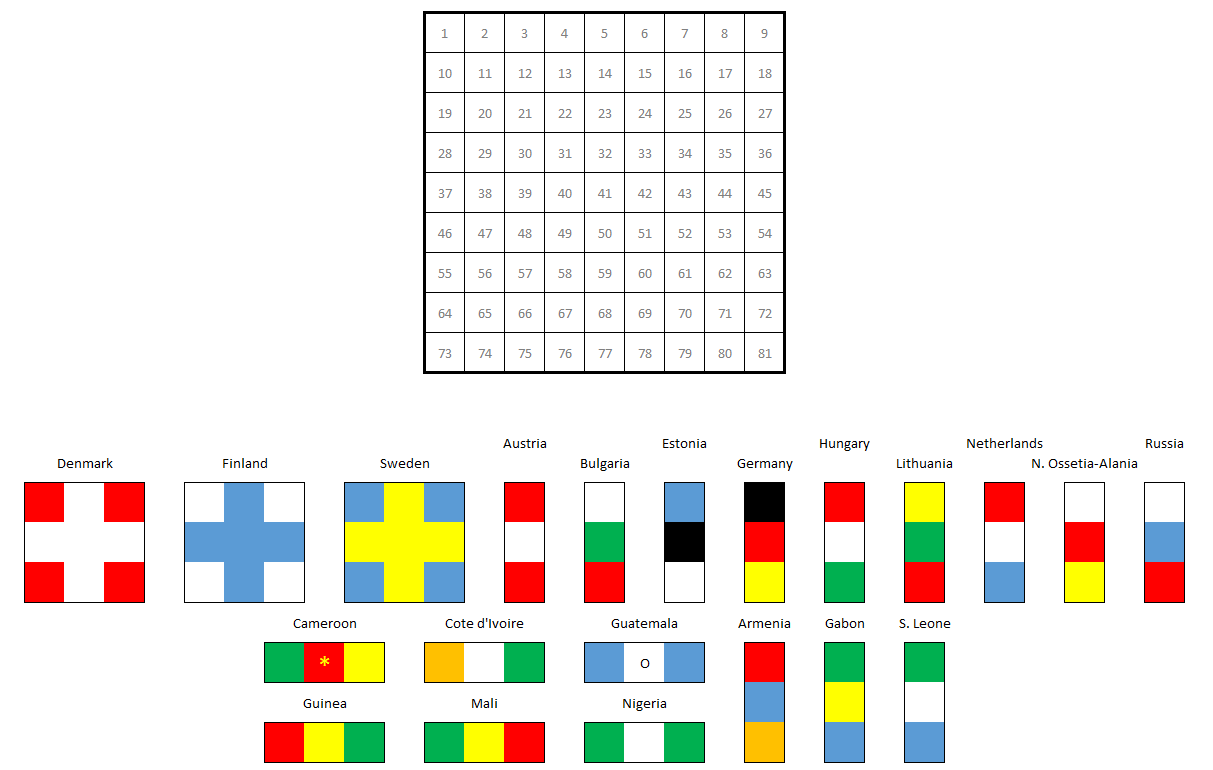 I think I have the answer: 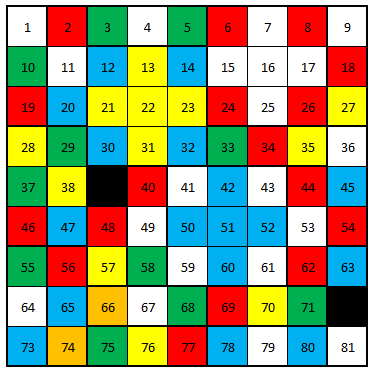 The first step is to determine the color of the square numbers. 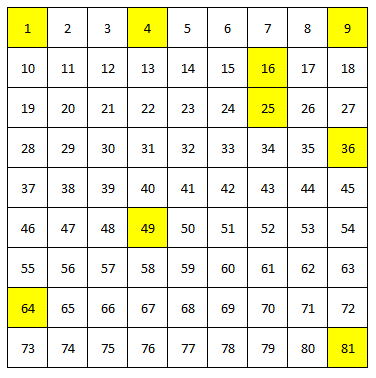 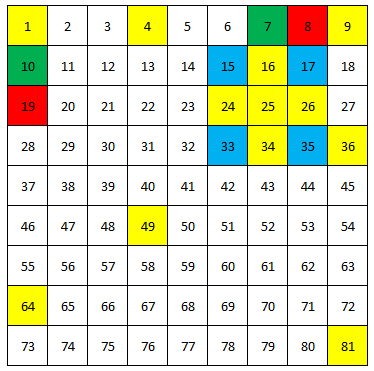 Next, let us try the

Finnish flag. Again, we start with the top of the flag in the 2nd row:

Again, the flag could be in

two positions. If the top of the flag was in the 2nd row, we get this: 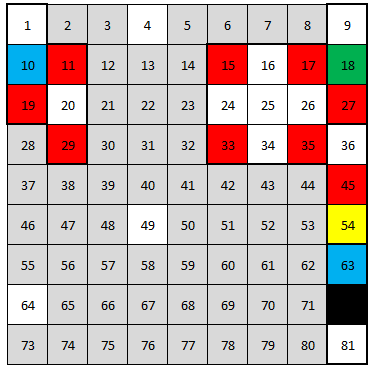 The white 9 could be Russia or Bulgaria. But Russia needs to border Austria, which would not be possible. So it must be Bulgaria. The choices for the white 36 are now N. Ossetia or Russia. But again, it cannot be Russia as it need to border Austria, which isn't possible. So it must N. Ossetia and the white 1 must be Russia. The only way to make Austria adjacent to Russia is as shown. But now we have a problem with the white 4. It must be at the end of a horizontal flag and there is no horizontal flag with white at the end. So the Danish flag must be in the top row.

Knowing this, we get 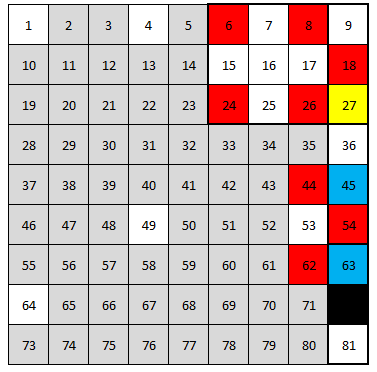 placements are shown below.

Bulgaria is the only remaining choice for the white 1 and Cameroon the only choice for being below the Danish flag. In addition I have started to look for positions where the Finnish flag can be placed. These are shown as 3x3 thick border boxes.

When you now consider 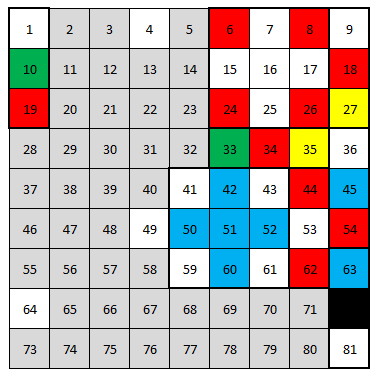 Below the Finnish flag there must be

a horizontal flag. The only possibility is the flag of Guinea. And the only possibility for the flag below Guinea is Guatemala. Now, Mali cannot be used to cover the white 4 and we need 2 more horizontals in the 2 bottom rows, so one of them must be Mali. It can only be placed as shown below. This means Nigeria cannot be the last remaining horizontal in the 2 bottom rows as it clashes with the green of Mali. Hence the last horizontal must be Cote d' Ivoire. And Nigeria must cover the white 4. The 2 verticals which need to be placed at the left end of the bottom row must both be non-European and can only be Armenia and S. Leone as shown. 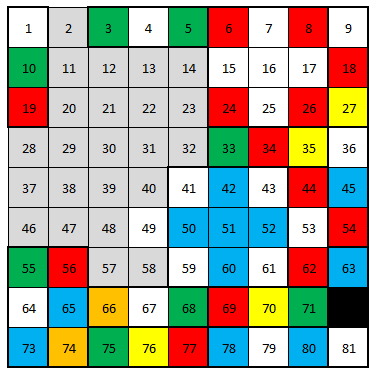 It remains to place 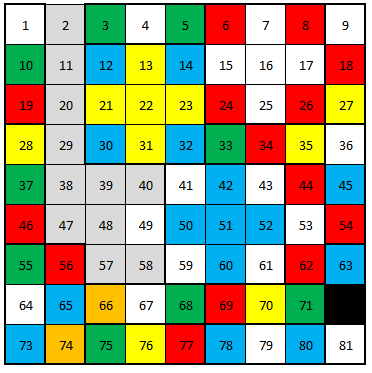 Neither Germany nor Gabon can have their top in the 2 square or the 40 square and because of their common yellow color, it must be Germany in square 39 and Gabon in square 29. This in turn forces the Netherlands to use square 2 and Hungary to use square 40. And we are done!

Whew! That was a long explanation. But I hope it makes sense.

An excellent puzzle, as usual!

Not the answer you're looking for? Browse other questions tagged logical-deduction grid-deduction tiling flags or ask your own question.