Sudoku - less than 6 and knight's move

In the following sudoku, the numbers on the outside indicate the first number less than 6 seen in that row/column. In addition, a number in the sudoku cannot be a knight's move from an identical number. This is a link to the sudoku in Google Sheets. Good luck! 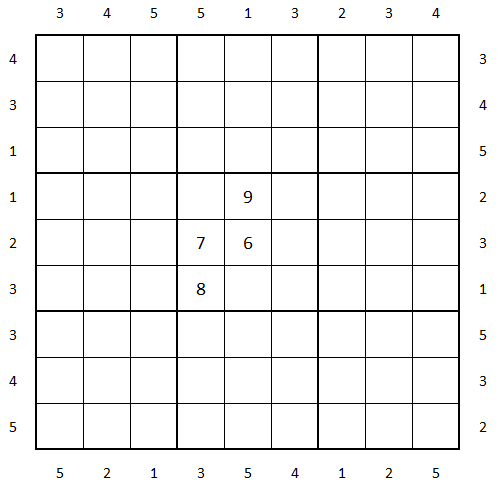 Nice one, although probably a bit too difficult to start so near my (now completely missed) bedtime! Here's the finished grid: 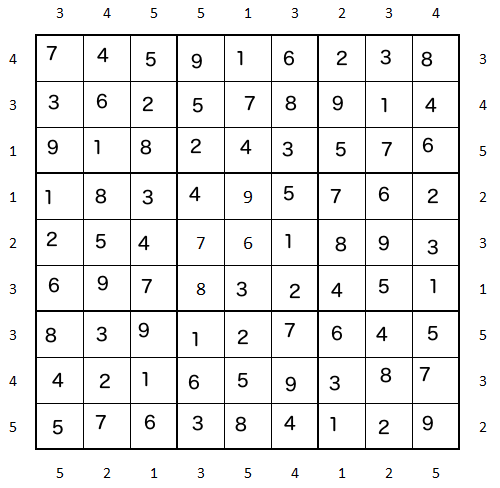 For a complete write-up see below. (Warning: may get a bit complicated.) 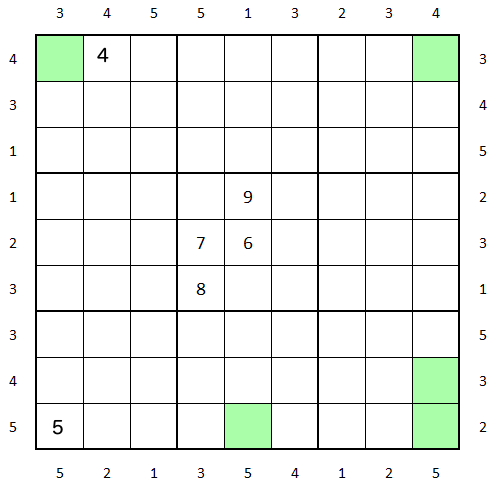 Then, we can count the number of green squares along the border rows and columns; each should of course have exactly 4 greens. If a digit clue is repeated along an edge, we know (by sudoku) that at most one of the corresponding edge squares can be non-green. Along every border, we find all the green squares, so we get to fill the remaining squares with digits. 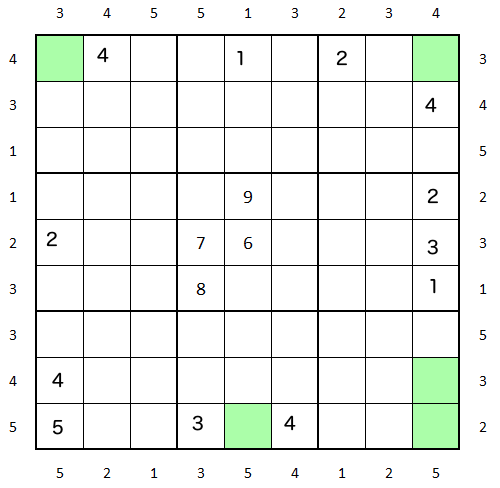 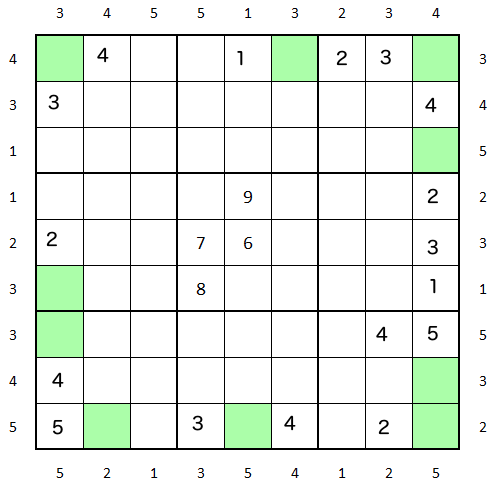 The threes on rows 7 and 8 are very restricted; we can actually already place them: the other placement would require way too many greens in box 8. This gives us a couple of ones too. 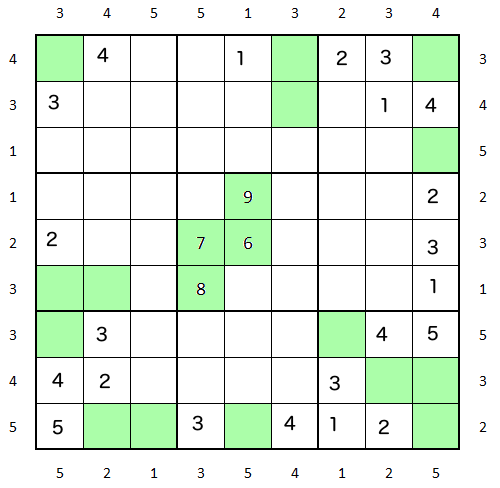 This is the first difficult bit: the middle row of box 6 sees a lot of small digits. r5c8 is clearly green, but so is the neighbouring r5c7: the 5 in box 3 has only 3 possible spots, and every one of them sees r5c7. So we get all the greens on row 5, and we can do some sudoku. 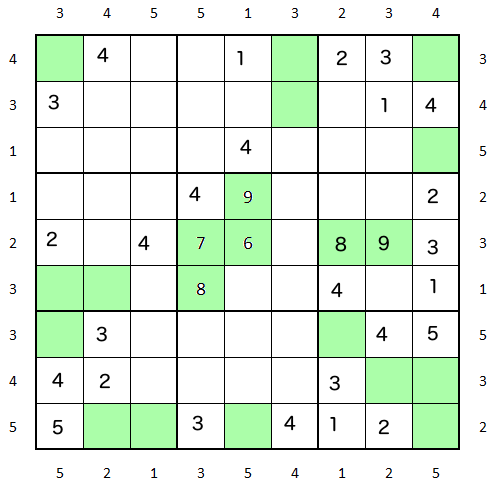 The 9 in column 7 has only one possible spot, but the important question is "can the middle cell in box 8 be green?" The answer is no, that would force five green squares into column 5. So r8c5 must be a 5, which restricts the middle box so much that r4c8 must be non-5, which in box 6 means "green". 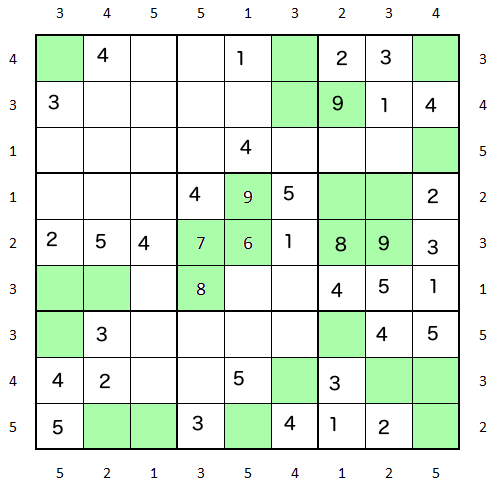 Finally, we get to do some sudoku. Finding the restrictions with the knight's move constraint is tedious, but there are only a couple of interesting deductions left. 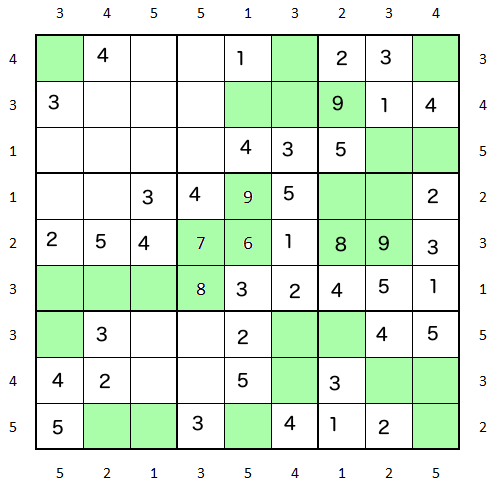 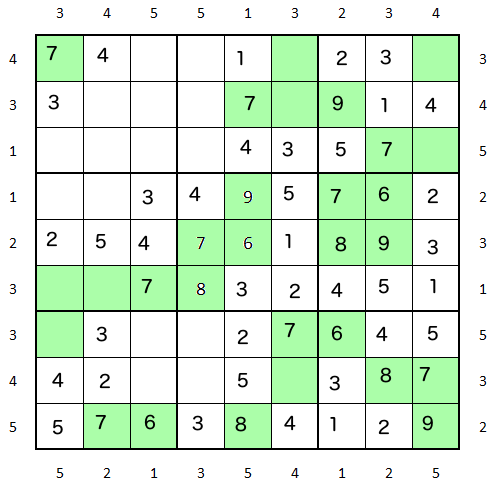 This is where I got stuck for a while. The solution I found is to show that the middle square of box 1 must be green. There are a couple of ways to do that, all complex enough that you're going to want to check it yourself anyway. (Hindsight edit: in box 1, the 1 must be on row 3, and the other non-greens are already in column 2. Ouch.) Since that square sees both possible spots for the 8 in box 4, we get that r2c2 is a six. 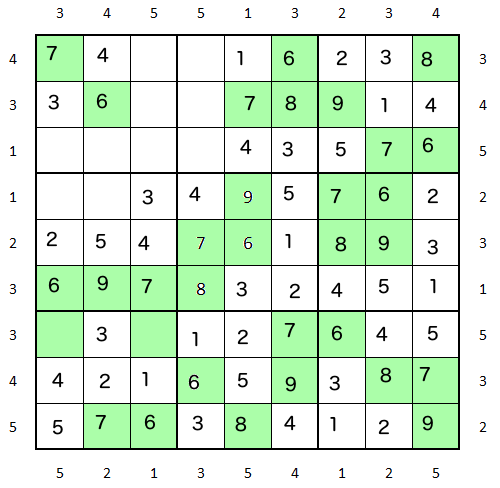 Finally, the 9 on row 1 cannot be in column 3, that square sees both possible spots for a 9 in box 2. After that we'll just fill the rest of the digits in, and since we are not barbarians, we'll also finish the colouring. 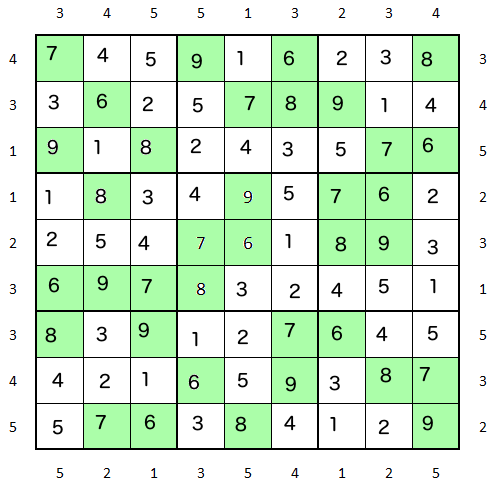 Not the answer you're looking for? Browse other questions tagged logical-deduction grid-deduction sudoku knight-moves or ask your own question.