Each across clue is actually multiple cryptic clues written in succession. Each pair of successive clues has one shared word, which functions as the last word of one clue and the first word of the other. Across answers are placed into the grid one after the other, without spaces. One of the across answers is two words, and several of them are proper names. The shared words of the across clues, in clue order, form one final cryptic clue whose answer is the author's favourite hobby.

Down
1. People of Central Asia fanatically shun taps (8)
2. Taps twist with nets, ultimately capturing farm animal (9)
3. Animal is first small, then large after receiving unlimited heat (4)
4. Heat heads to back up? Rather not (4)
5. Not seen when sleeping: Man in tundra going wild, ingesting drug (8)
6/16. Drug stashed in happy Native American symbol to be decided by him, her and company? (2,2,4)
7. (See 14 down)
9. Company (maker of watches from Japan) taking a different direction: Making baked goods many children like (7)
10. Like an undecided issue, hairnet lost after one? (2,3,3)
11. One peddling beers in two different sizes gutted Australian (8)
14/7. Australian flora operates, being broken (4,4)
15. Broken vertebra? I feel backs being hit with this may hurt (4)
16. (See 6 down)
17. Hurt for inhumane editorial piece (4) 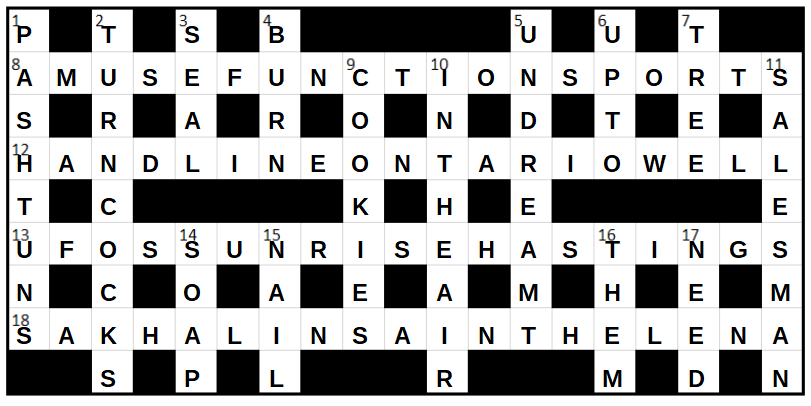 "Fun activity in water of south island" -> SCUBA = S (south) + CUBA. Thanks for the re-vector jafe!

3
Help finishing off a cryptic crossword
9
A cryptic crossword (and request for feedback)
7
Base compromised
7
Cryptic crossword: the time is now
9
Missing words? In *my* crossword?
8
Gladys's Misprinted Cryptic
3
Hey John, can you take a quick look?
14
Infinitely large, definitely cryptic
7
Highlights and group dynamics