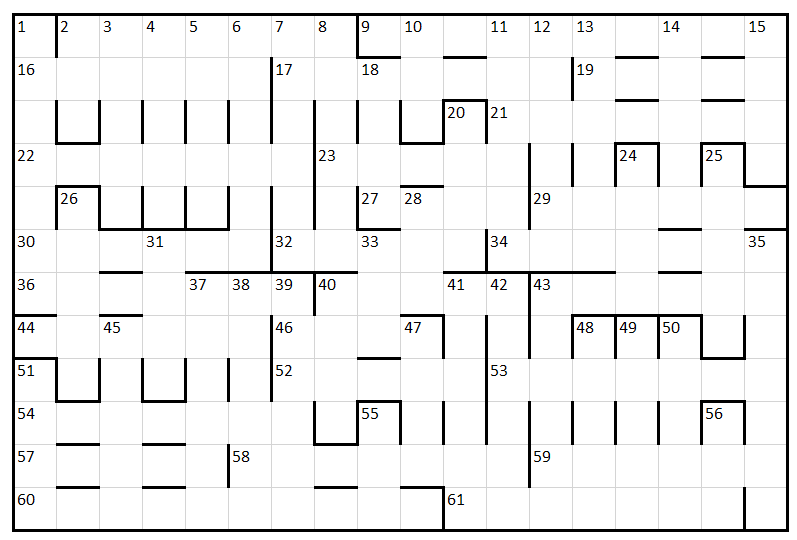 Nine clues are not like the others. Solvers must identify the unusual clues and highlight the corresponding answers in the grid. To help with this task, the grid has two unclued entries which hint at what these clues have in common. To make things a bit more difficult, I have added other commonalities, which are not related to the actual answer, to some of the clues. Sorry about that!1 Have fun.

Across
2. (unclued)
9. Expert's muscle slightly inflates in front of street boxing champion (10)
16. Once part of West Asia's cuisine: appetizers, starters, followed by Indian bread (6)
17. Rotation of cakes at the back covered with frosting, mostly (7)
19. Green sign of life (5)
21. Artisan crafted for ruler of Imperial Russia (7)
22. Baths of hot water? Mother can be seen in that place (7)
23. Feeling of apathy let sinner 40 down hearts (5)
27. Cold drink without a drop of Hungarian wine (4)
29. East of Massachusetts, east of Rhode Island (6)
30/32. For one, Manchukuo pioneer's beginning to promote favourite small museum (6,5)
34. Wasted, running about at first, Rachel's – in King's absence – a ruler (7)
36. Prominent Turk unexpectedly groaned (7)
40. Rhode Island preacher briefly backing up Orinoco, perhaps (5)
43. Dad's attempt to make baklava, as an example (6)
44. Suspended half a dozen in ancient Rome, a kingdom of old (6)
46. Temperature dropped in French-speaking city belonging to US (4)
52. Entertain king I have sheltered, essentially (5)
53. Part of shop I ran half-heartedly for one living in the Orinoco? (7)
54. Trade some unusual energies leaving Imperial Russia, for example (7)
57. Musical duo of comediennes appearing in satires regularly (5)
58. Guy with a shirt is a lethargic swimmer (7)
59. Bottom-feeders rip off private eye (6)
60. Slithering biter and horrible king's eater (5,5)
61. Properties from eastern Connecticut and Rhode Island? (7) 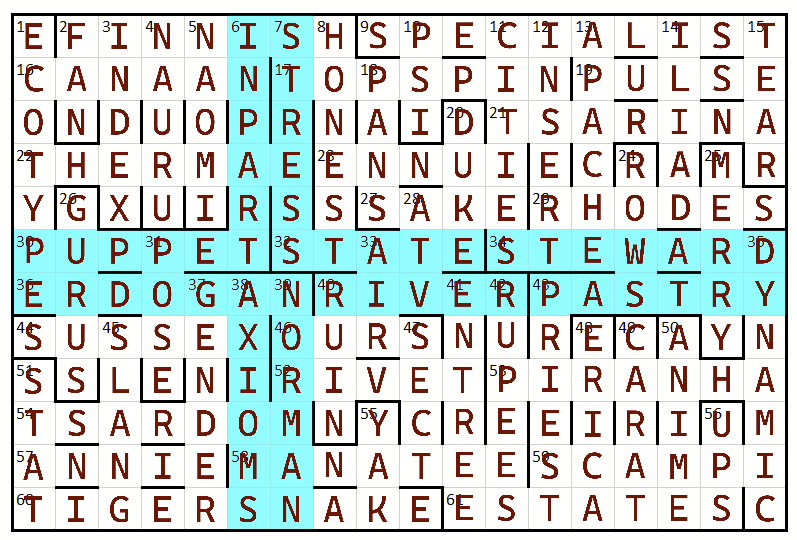 The clues that are not like the others are

the ones containing (as 2a, 7d tell us) FINNISH CITIES. I regret that I didn't choose quite the right colour for highlighting (a somewhat darker blue is called for); I only realised once I'd started doing it what the pattern was going to be. The cities are:
30/32a KUOPIO
34a HELSINKI
36a TURKU
38d TAMPERE
40a PORI
43a VAASA
39d ESPOO
6d OULU
7d RAUMA

19
The friendly cryptic where nobody has to die!
14
Colourful cryptic
4
What is translated?
14
Gladys's Extra Word Cryptic
19
What is a Cryptic Cross Word™?
9
Gladys's Mismatching Cryptic
14
Infinitely large, definitely cryptic
11
Swimming lessons
22
A cryptic crossword is in order
10
Cryptic Crossword: Askew