The First No L Sudoku

Normal Sudoku rules apply. In addition no L-shaped tetromino can contain four consecutive digits (for instance you can't have r2c9=5,r4c9=8). The little killer clue indicates cells on the indicated diagonal must sum to 40 and may contain repeated digits.

Source: Cracking The Cryptic, 10 December 2020. Obviously, one can solve the puzzle by watching the video but that’s kinda ruining the fun isn’t it? 😊 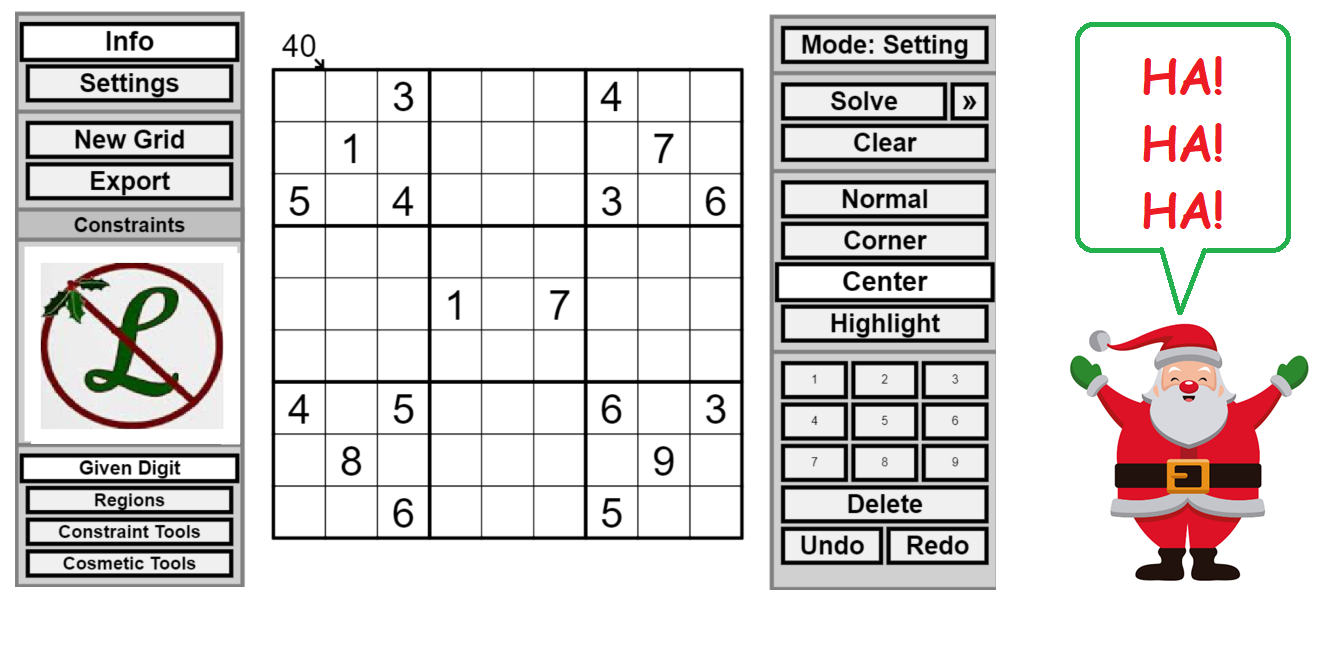 OK, I finally found a solving path after being at this for hours.

I eventually found a breakthrough via a few observations: 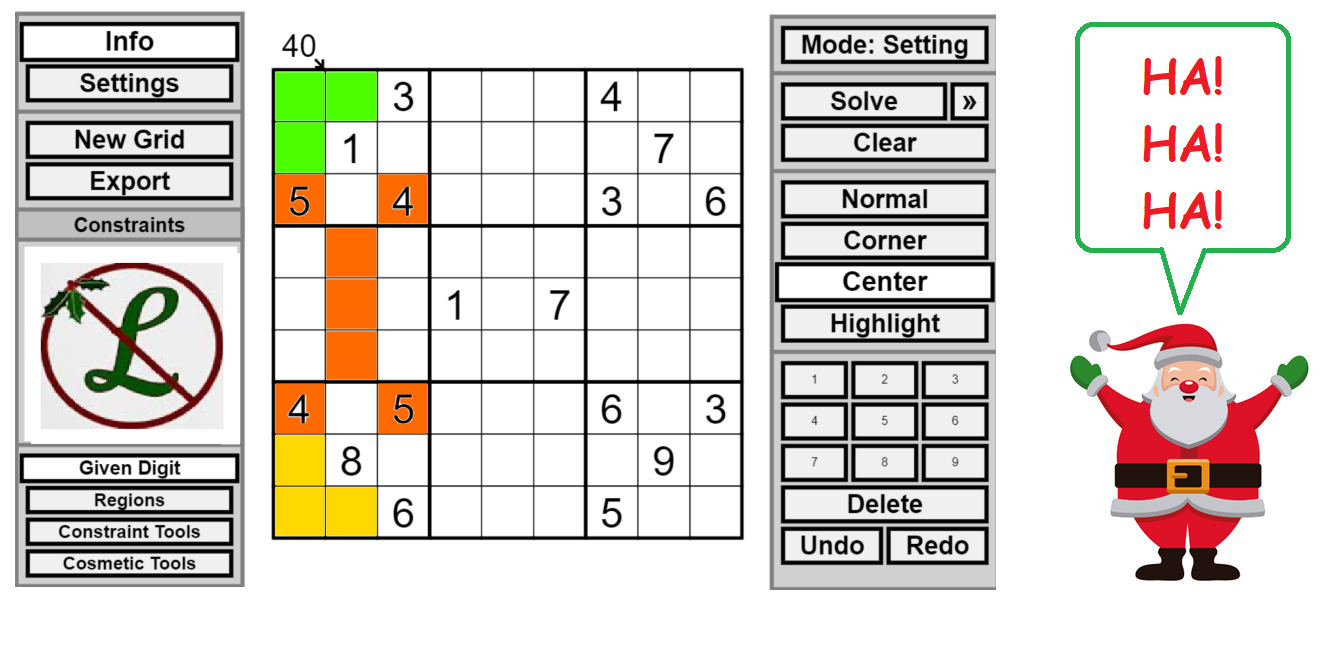 The next thing I realised was that the 6 and 3 cannot be in the corner. If we try to place a 6 there, we will eventually run into a contradiction somewhere in the other 3 x 3 corner squares of the grid. Here is one example for 6: 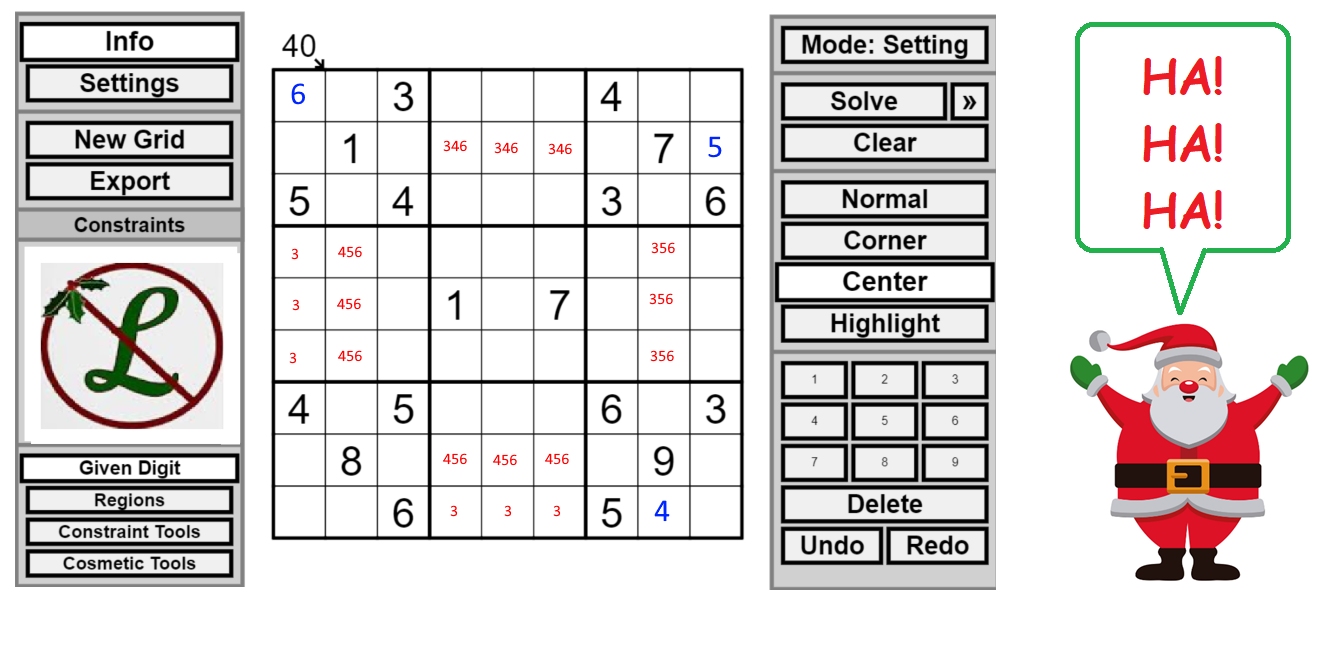 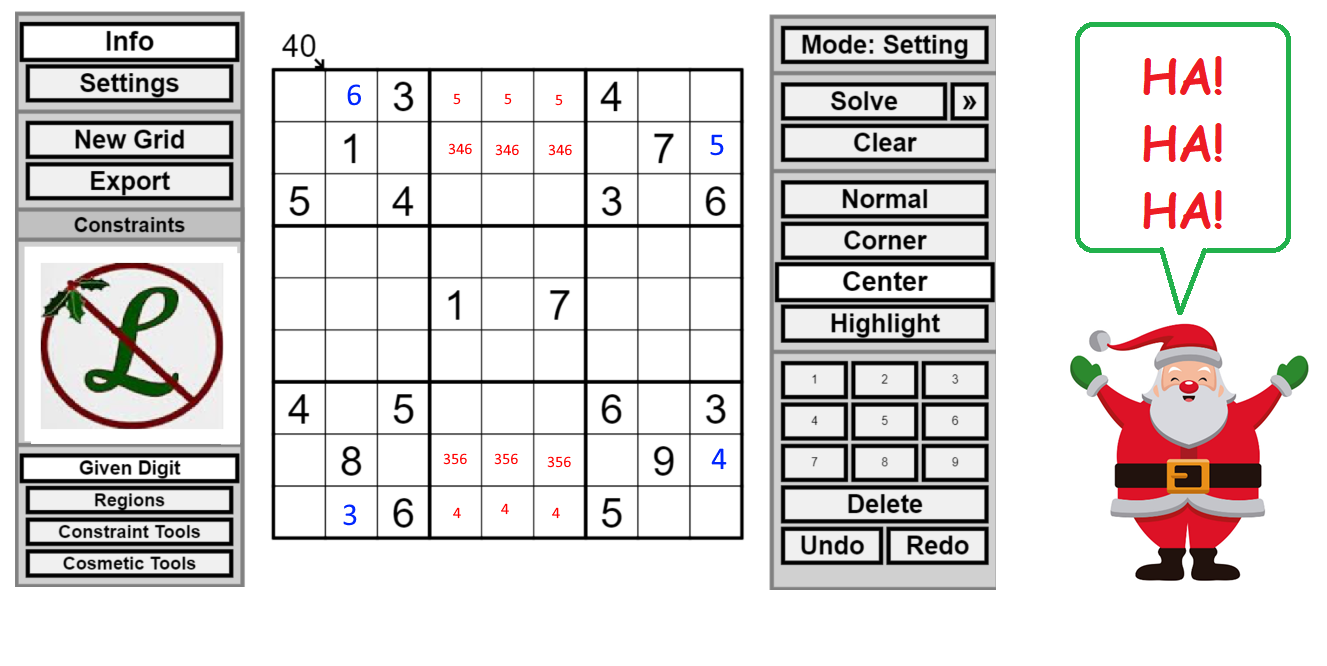 Now, finally, for the breakthrough. If R4-6C2 were to be 4,5,6 in some order, then there is no room for a 7 in the middle left square. The 7 in R5C6 prevents placement in R5 and we cannot place 7 in any of the corners of the 3 x 3 square because it will form a L tetromino with consecutive digits. Therefore, the middle digits must be 3,4,5 instead. This lets us place the 3 and 6 and some other digits from chain deductions. 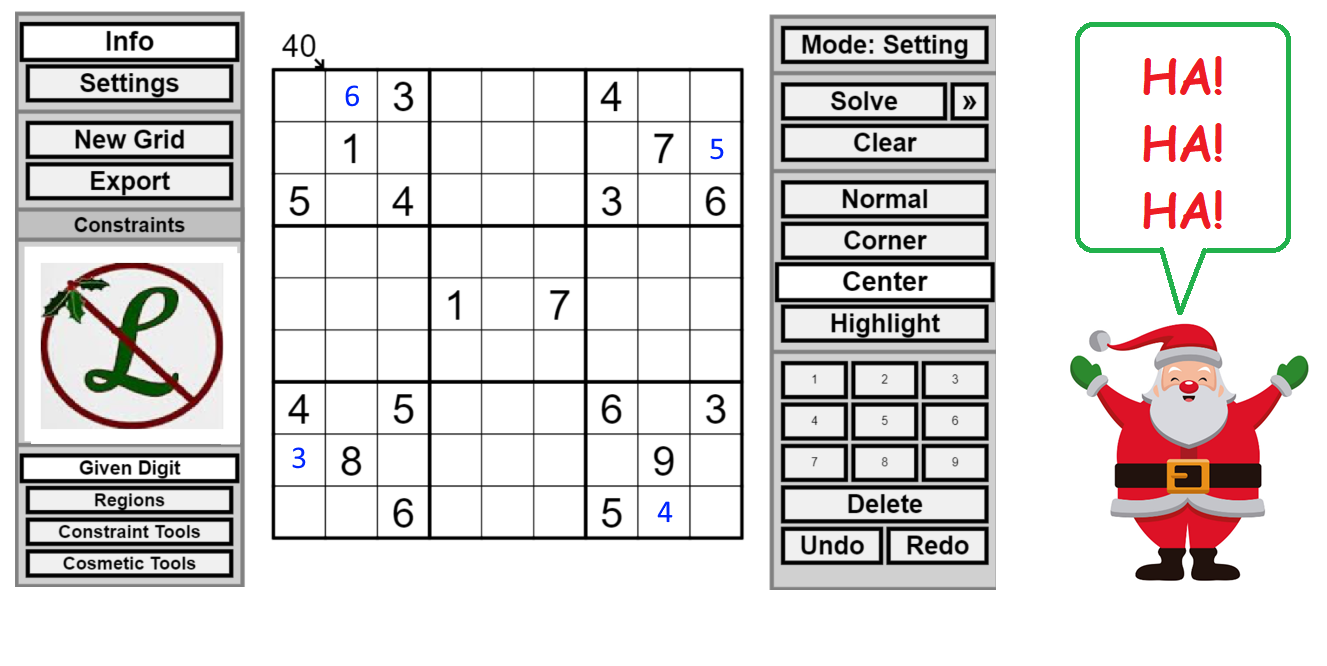 Since R4-6C2 is 3,4,5 in some order, 2 and 6 cannot appear in any of the corners of the 3 x 3 square. (otherwise, it will form an L-shape with consecutive digits). Similar arguments for the other squares. 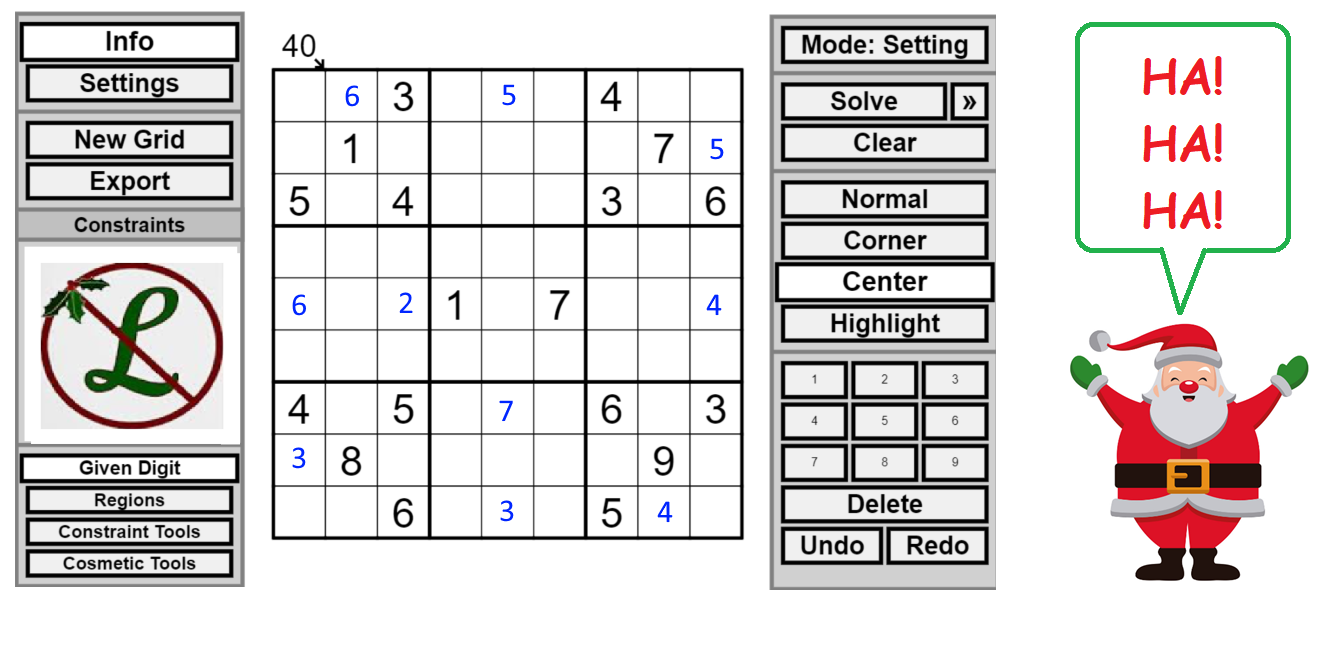 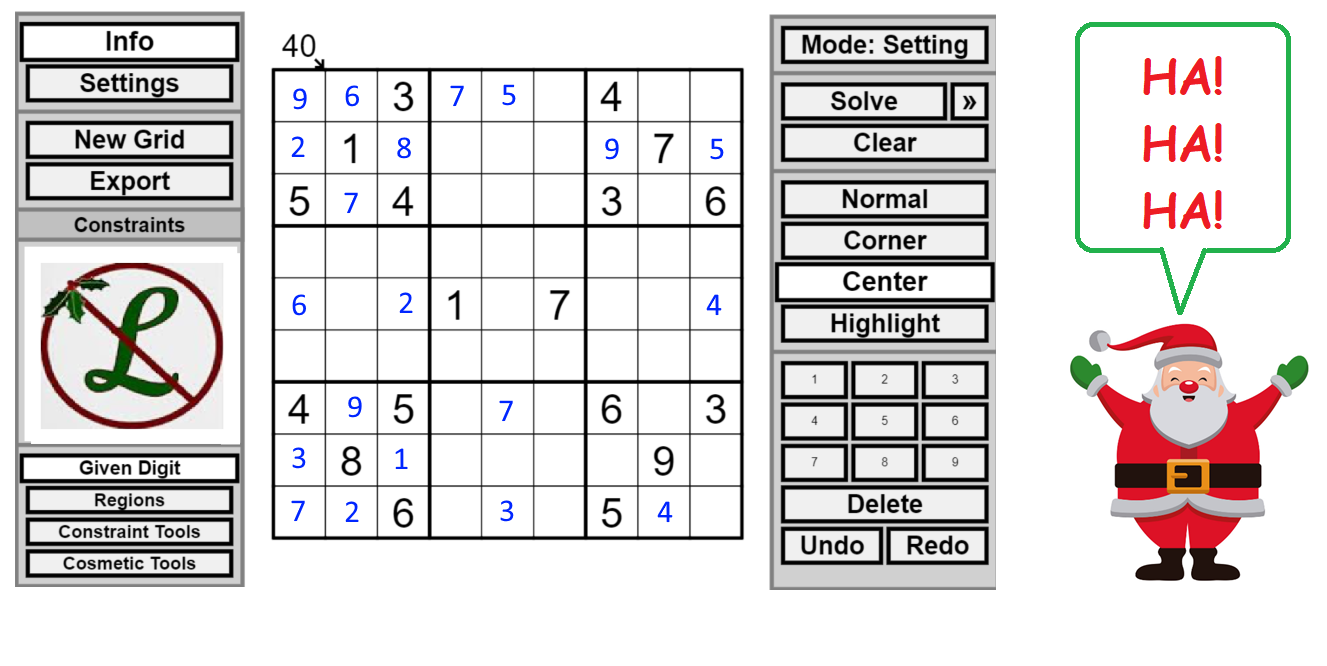 Next, a few more deductions in several places: 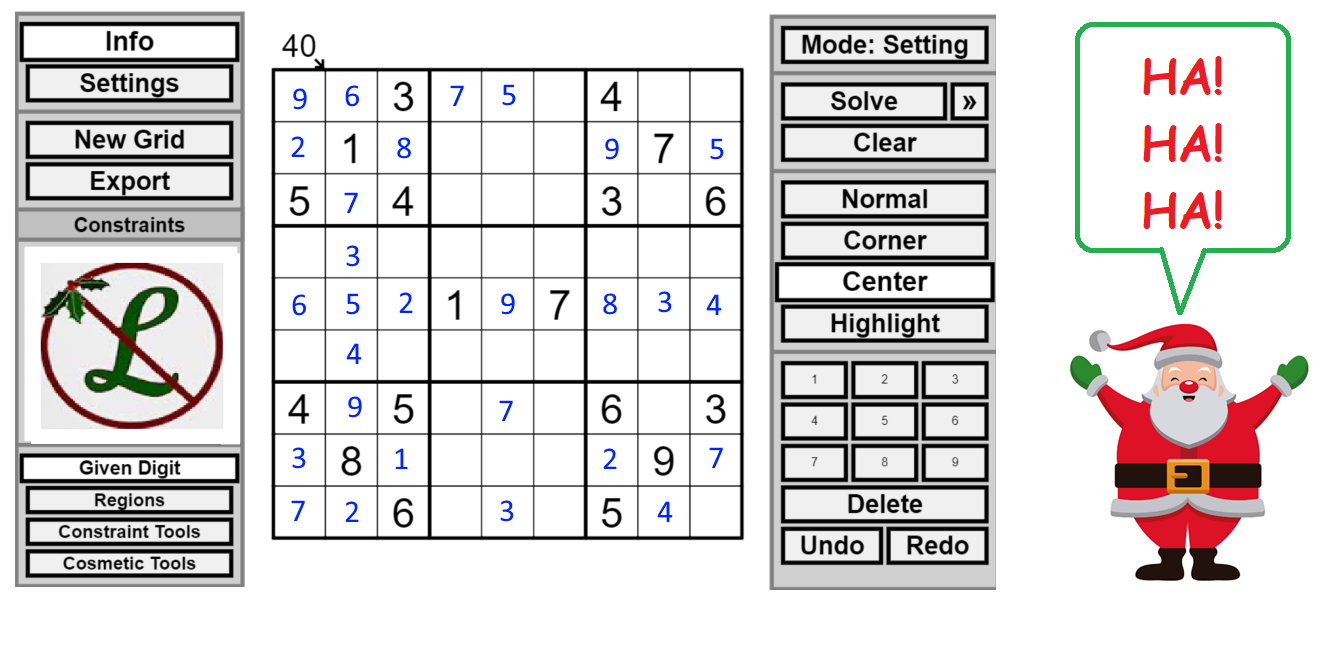 Next, it's time to finally make use of the 40. Counting along the diagonal, we have 6 + 8 + 7 + 7 = 28. Therefore, the sum of the remaining squares is 12. Currently, the bottom right square is missing a 1 and 8. If R7C8 was an 8 and therefore part of the sum for 40, we will have split 4 over the 3 remaining squares. That means there must be at least 2 '1's. However, that is impossible since 1 can only appear in one of those squares. Therefore, R7C8 is 1. From the corresponding deductions, we get: 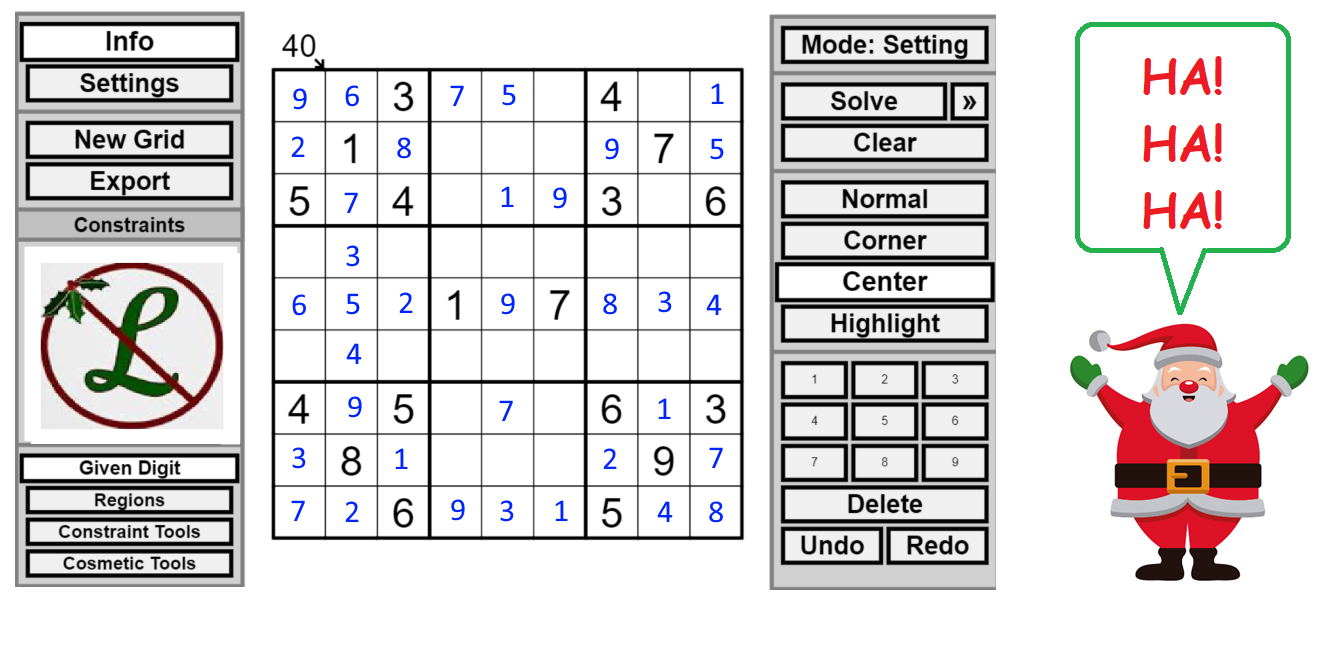 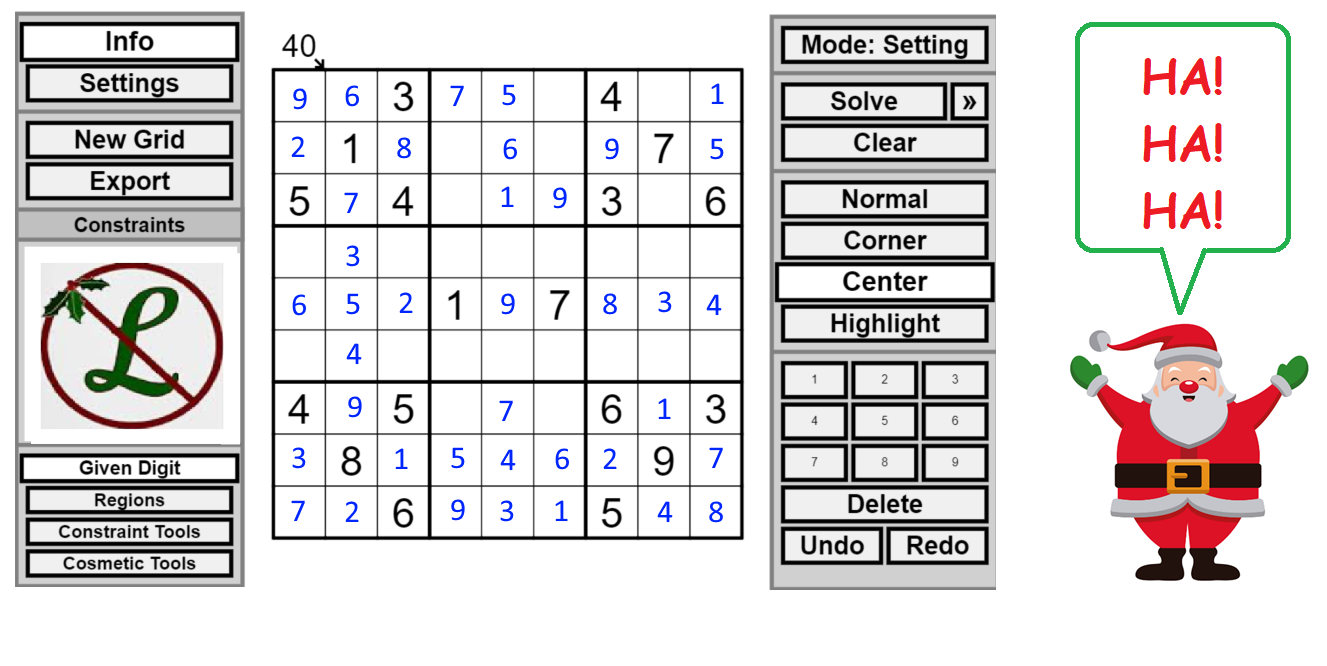 Next, note that the last column is currently missing a 2 and a 9. However, 2 cannot appear in R6C9 due to formation of an L-shape, so it must appear in R4C9. From there, there is a series of chain deductions involving the left-middle 3 x 3 square: 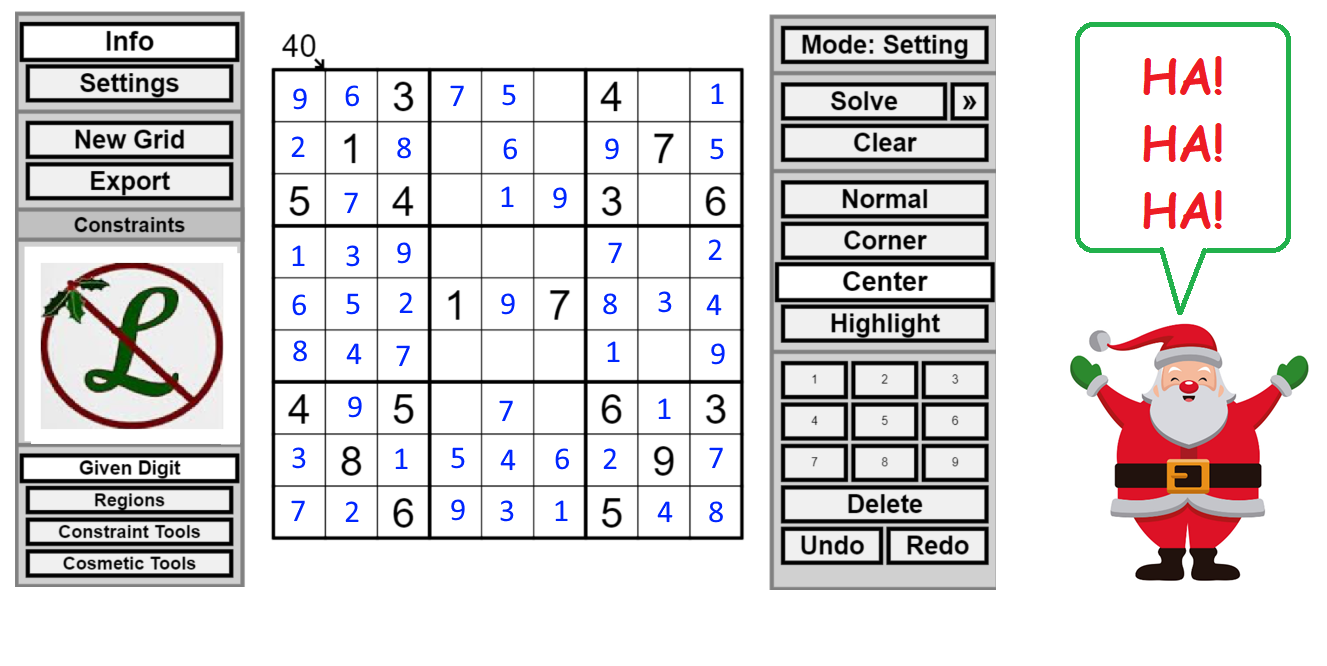 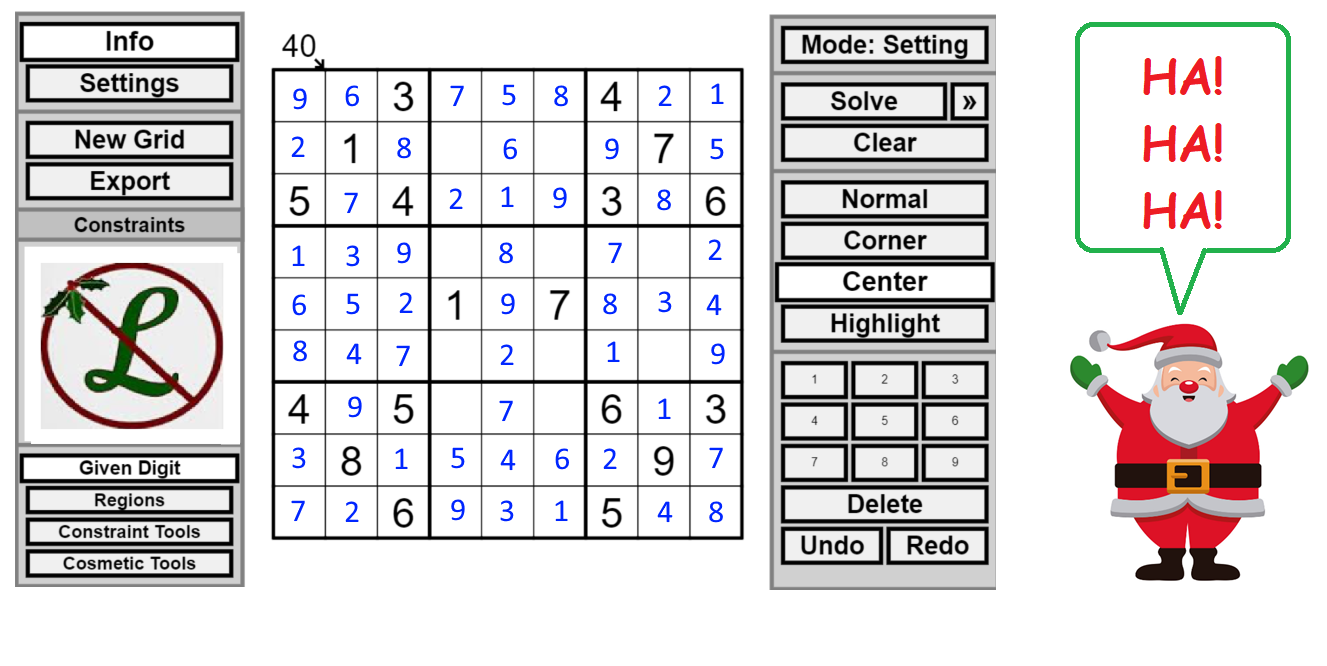 Lastly, note that 6 cannot appear in R4C8 or it will form an L-shape otherwise. From there, it is routine to finish the grid from the chain deductions: 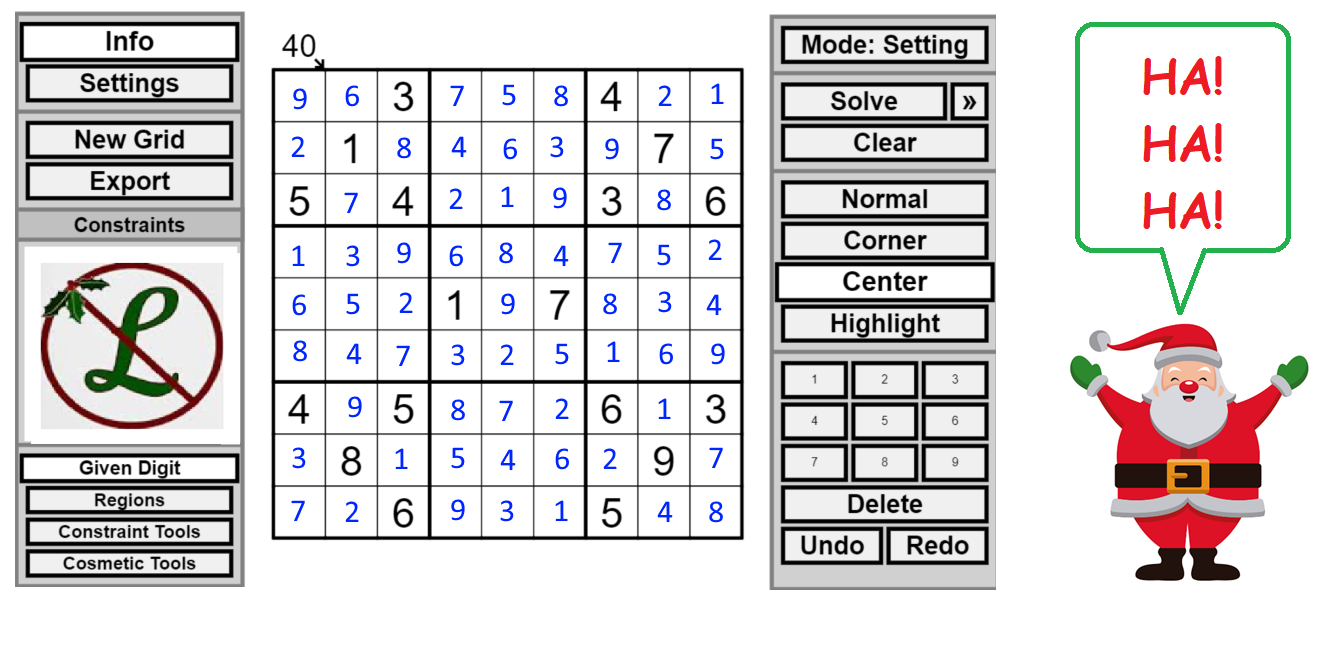 Not the answer you're looking for? Browse other questions tagged logical-deduction grid-deduction sudoku seasonal or ask your own question.

8
Christmas Sudoku
13
Sandwich Sudoku: First 12 digits of pi
15
Kropki Sudoku – Sudoku based on the relation between neighbouring numbers
7
Puzzle of the day, Frame Sudoku
19
Tic tac toe - Sudoku: A variation in which the centre box defines the layout of the other boxes
20
Sudoku in the third dimension (3D Sudoku)
21
Tackling The Triptych
25
The Blank Sudoku
12
Sudoku: Odd Bonds
0
How to solve the attached sudoku?