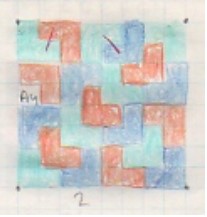 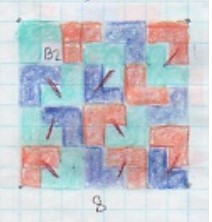 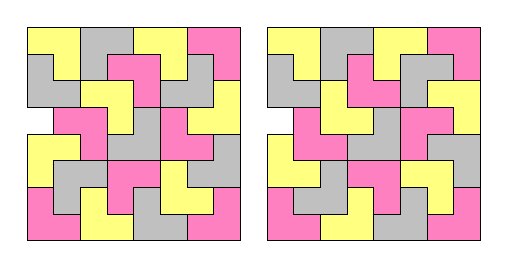 My method. I used my solver with a few new tweaks as follows:

If there is indeed a 9-rectangle tiling for "Problem B" then I have a bug affecting both ways of counting, which is not that unlikely with the new code I added yesterday.

I fixed the symmetry rejection in the symmetric cases and ran the solver on all possible empty cell positions. Using OP's naming for empty square position I get these counts, all match with the counts from the solver when omitting the 'find a specific number of rectangles' code. When omitting the 3-colouring requirement for case B2 I still get zero 9-rectangle tilings.

Not the answer you're looking for? Browse other questions tagged combinatorics tiling polyomino or ask your own question.

11
A Puzzling Grid
5
A minor rearrangement of the one sided hexominoes in 12 simultaneous shapes
4
Lottery in Minesweeper
15
Covering an 8×8 grid with trominoes
8
Hand tiling puzzle demonstrating Eisenstein triple $c^2 = a^2 -ab + b^2$
9
Maximize my flags
2
Forming pairs of trominoes on an 8X8 grid
1
Cut the string!