Here is a standard Cross the Streams puzzle. The genre is invented by Grant Fikes which combines Nonogram and wildcard clues.

Rules of Cross the Streams: 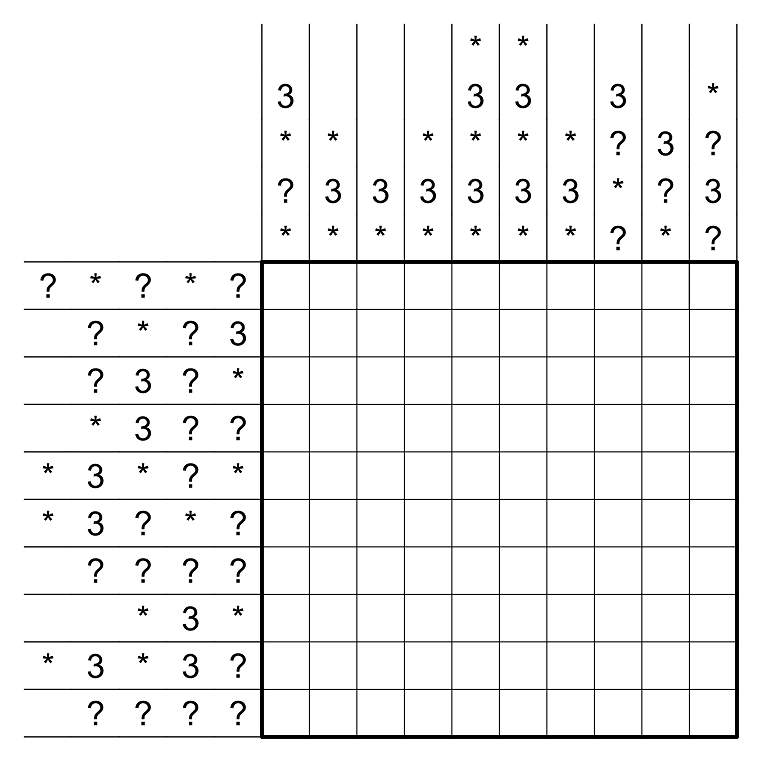 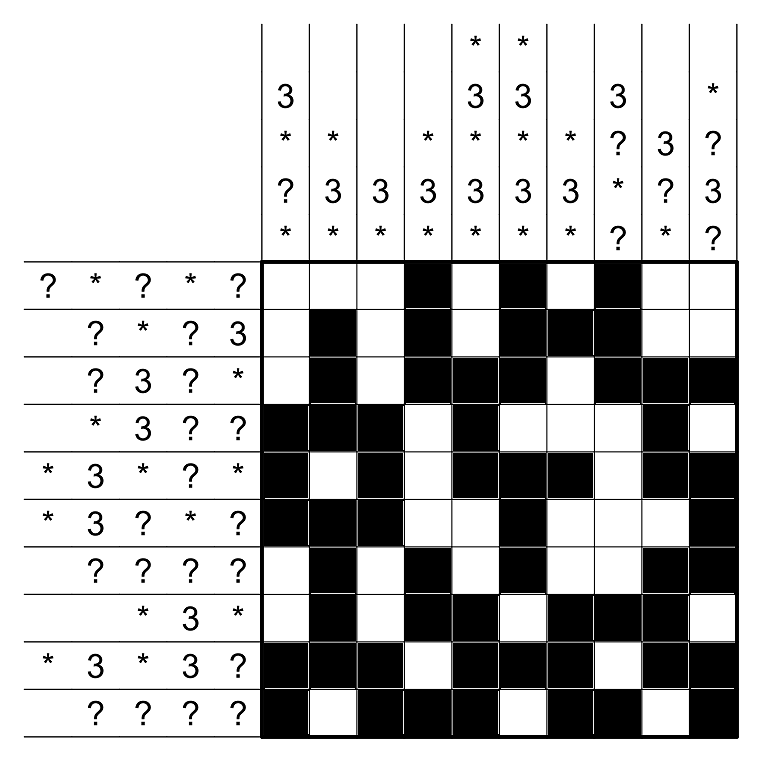 In row 9 we can fill in two blocks of two just by simple counting, since the row must be at least "3 3 1". In the upper right corner, if we assume R2C9 is shaded, then this forces all of R2C8-9 and R3C8-9 to be shaded, contradicting the no 2x2 rule. So R2C9 is unshaded, forcing the squares above and to its right to also be unshaded, and then counting forces R2C6-7 to be shaded. The grid thus far: 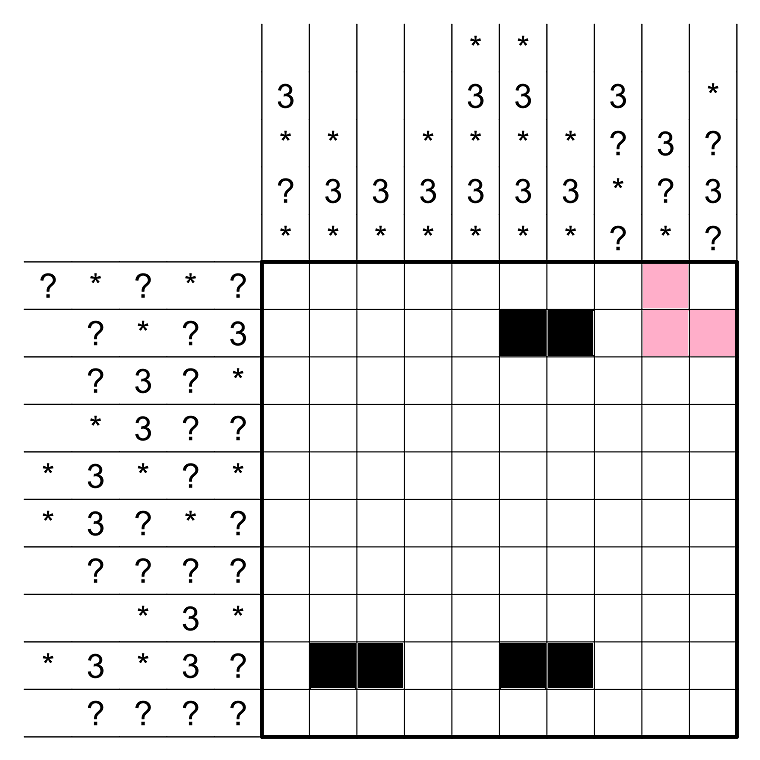 By way of contradiction, assume R2C8 is not shaded. Thus gives us the 3 block in row 2 and column 8. Exactly one of R3C5 or R3C6 must be unshaded; were both unshaded, the two 3-blocks in these columns would have to be side-by-side, creating multiple 2x2 shaded blocks. If R3C5 is unshaded, then R4-6C5 and R8-10C5 must be the 3-blocks in C5, which only leaves room for one 3-block in C6. So R3C5 must be shaded and R3C6 unshaded. This forces the location of the 3-blocks in C6, which leaves only one location for the bottom 3-block in C5. Some additional simple deductions leave us with: 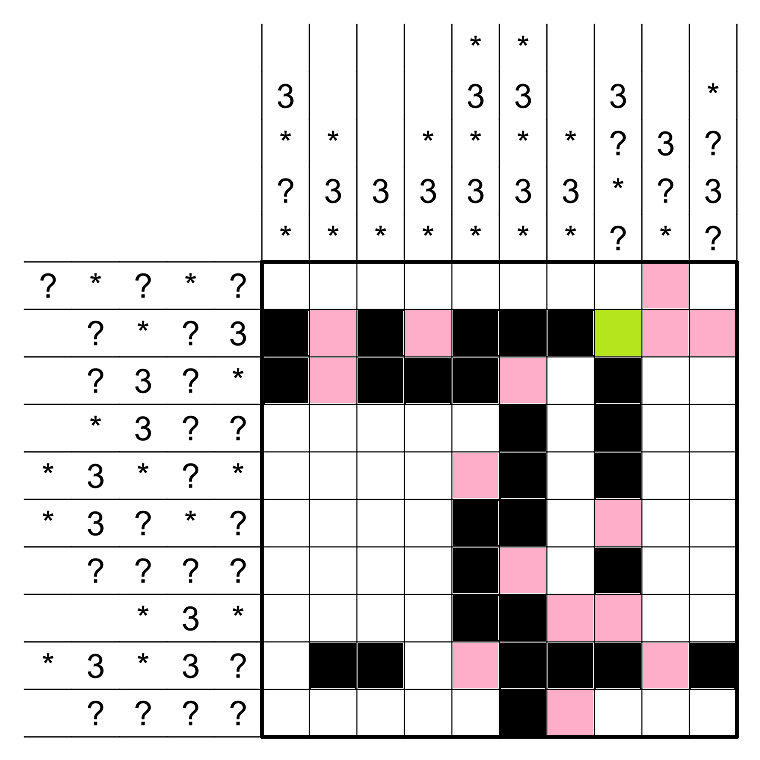 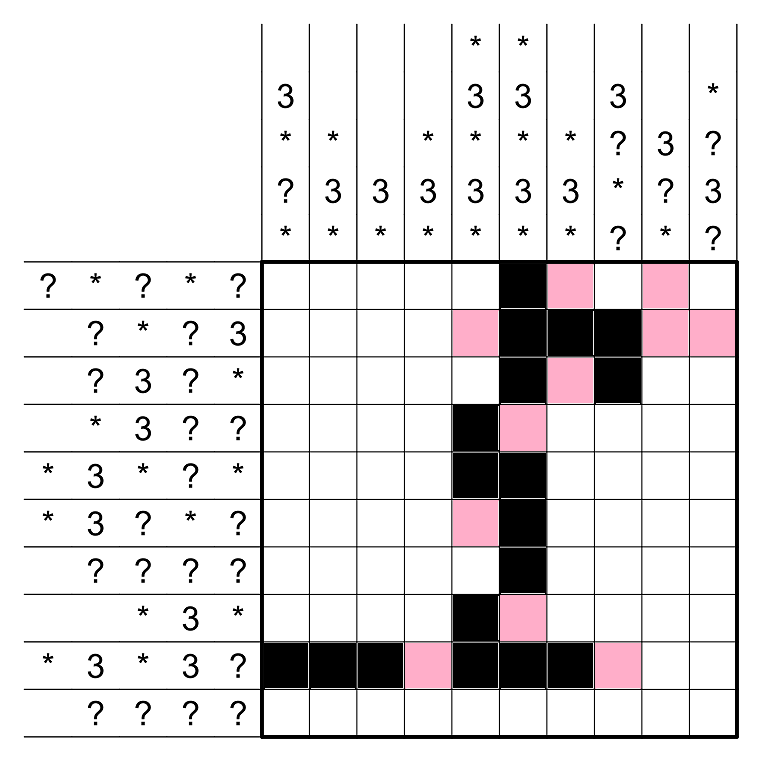 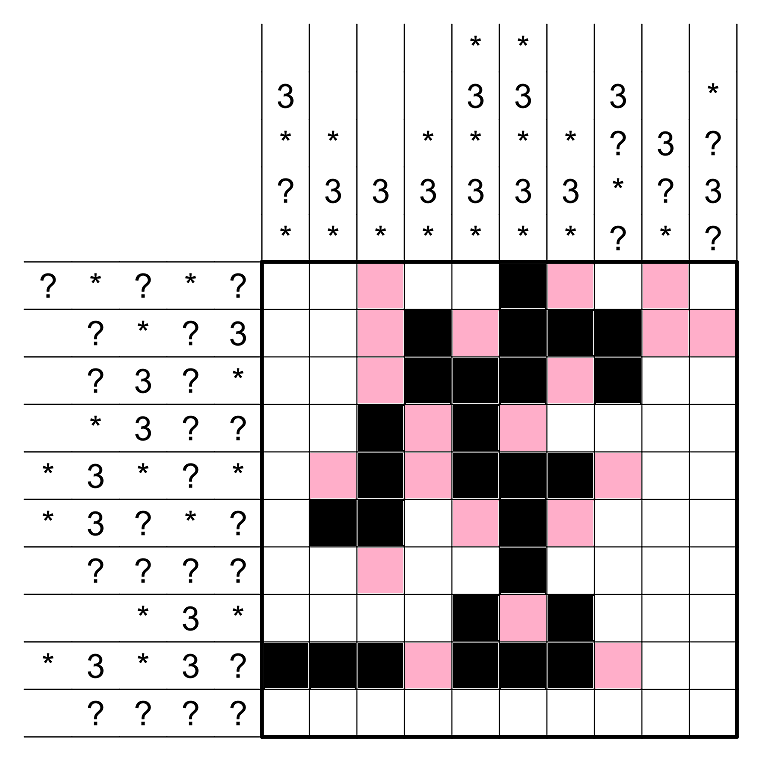 Finishing up the left side:

In row 4, the 3-block must be in the first 3 columns, which forces R1C1 to be unshaded. In addition, the 3-block in the second column has to be R2-4. The only other place it could be is R8-10, but if those blocks are all shaded, then connectivity forces R7C2 to be shaded as well. This then forces the 3-block in column 1 to be R4-6. This then forces R6C4 to be unshaded, since there is nowhere else for the 3-block in R6 to go. Connectivity forces additional squares in column 2 in R7-8. After ensuring we get no shaded 2x2, connectivity again forces us to bridge across column 4 in row 10, from C3-C5. Finally, R10C1 must be shaded in order to get four distinct groups in R10. The grid thus far: 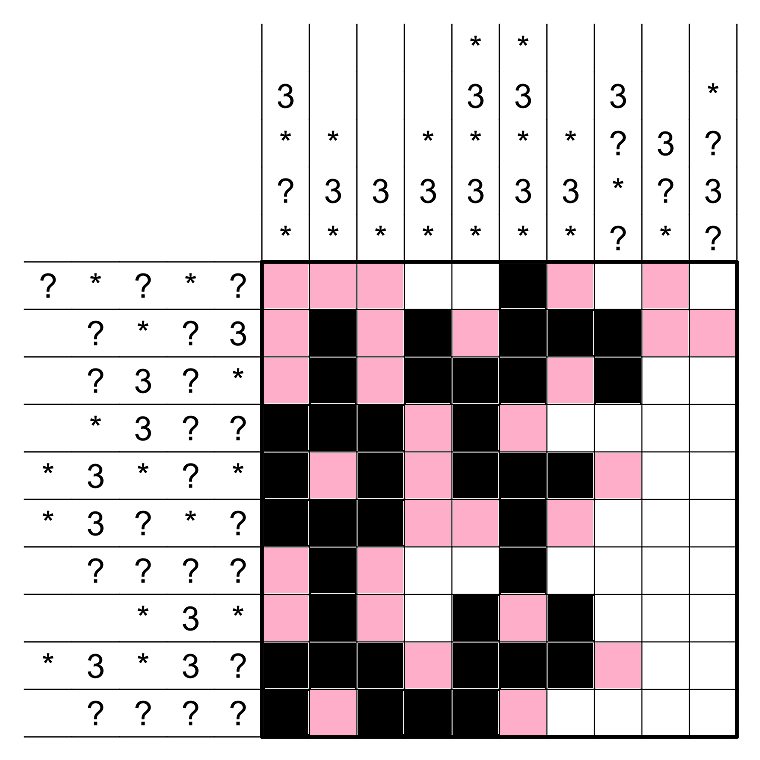 The 3-block in columns 4 and 5 are now forced, as is the 3-block in row 8. The latter forces column 10's 3-block to lie between R3 and R7, so R5C10 is definitely shaded. There are thus only two places C9's 3-block can go: either R3-5 or R6-8. But note: R9C9 cannot be unshaded! If it were, then the shaded blocks in R10C7-10, of which there must be at least 2, must be connect out through R10C7 in a single block, but there must be at least two blocks there. So the 3-block in C9 must be R3-R5. The same connectivity and two blocks consideration in the lower right corner force R10C7 to be shaded: otherwise all shaded blocks would have to escape through column 9. Connectivity forces R7C9 to be shaded. The rest falls out with simple deduction.