This puzzle continues on the trend of connect-walls (a bit late for the Topic Challenge #42, I'm afraid), but with some twists.

First, it's a double connect-wall! The following image can be separated in 4 groups of 4 squares... but in two ways. After finding these groupings, you'll have to rearrange the squares in columns and rows according to these groups and the clues under the image. And then, I'll want a name, and why this name is relevant to this puzzle. 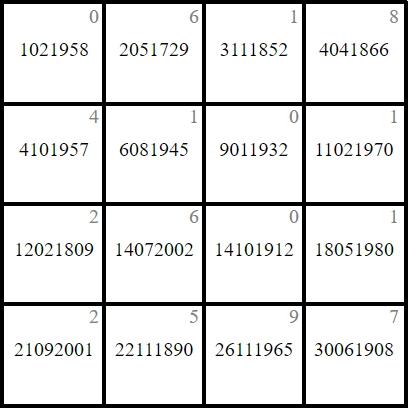 They are grouped as follows:

After groupoing these, you'll notice

that these events are all either french, american(USA), japanese, russian. So the next step will be to group these country by country.

Here's an image of my result: 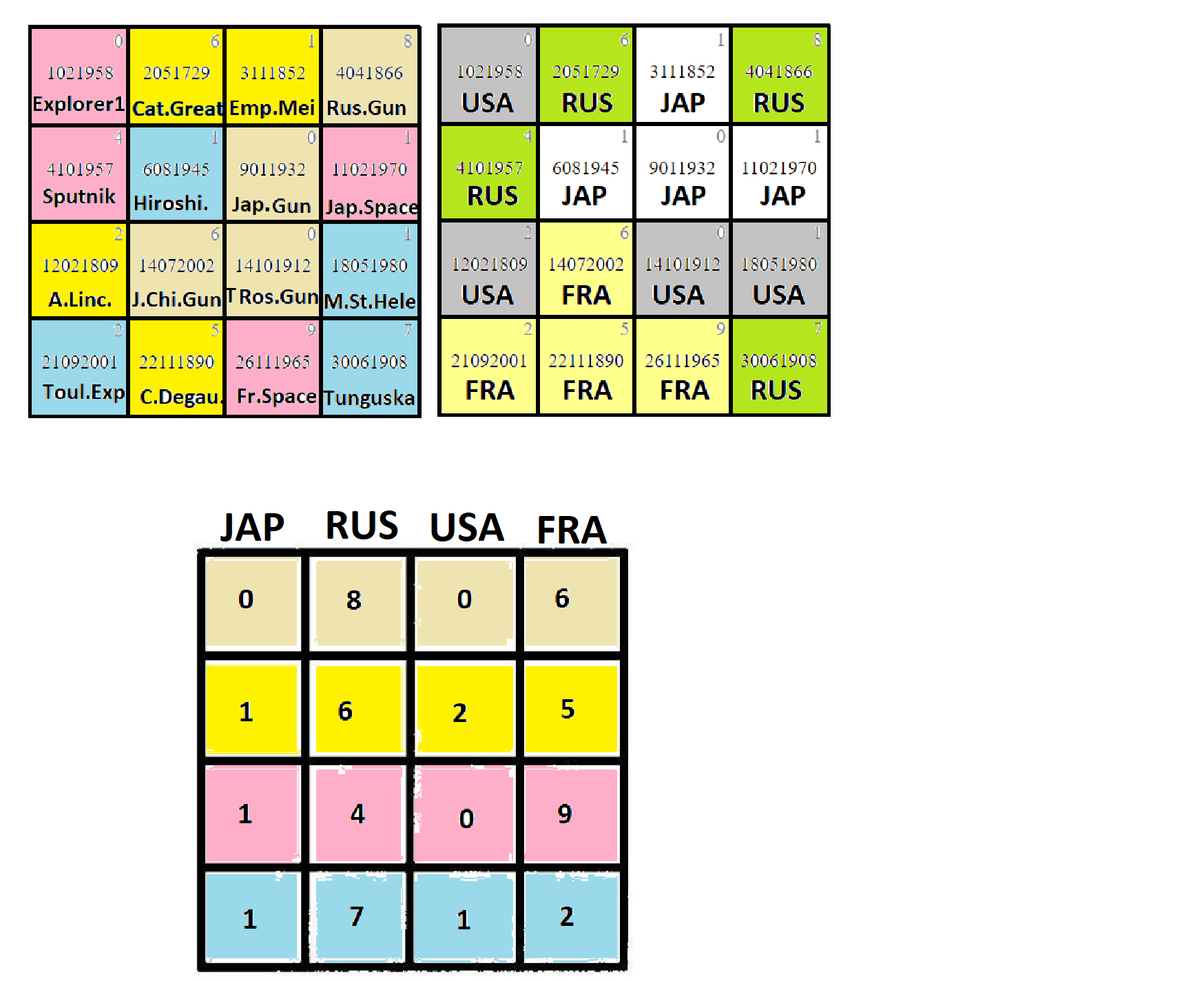 Now, looking at this new square's numbers, they seem to represent

- The numbers on the last grid are the exact date of birth and death (8th June 1625 - 14th September 1712) of the Italian mathematician Giovanni Domenico Cassini!. Also, how he is connected to this puzzle beacuase it involves 1) His date of birth 2) He was also an astronomer and has a launched satellite named after him. 3) He worked for King Louis XIV who also happened to have an assassination attempt on him. 4) He's a mathematician and this is a number-puzzle :)

The grid to the left were just simple notations to remember them. Also, I will add/edit more details a bit later when I have more time.

Not the answer you're looking for? Browse other questions tagged connect-wall or ask your own question.