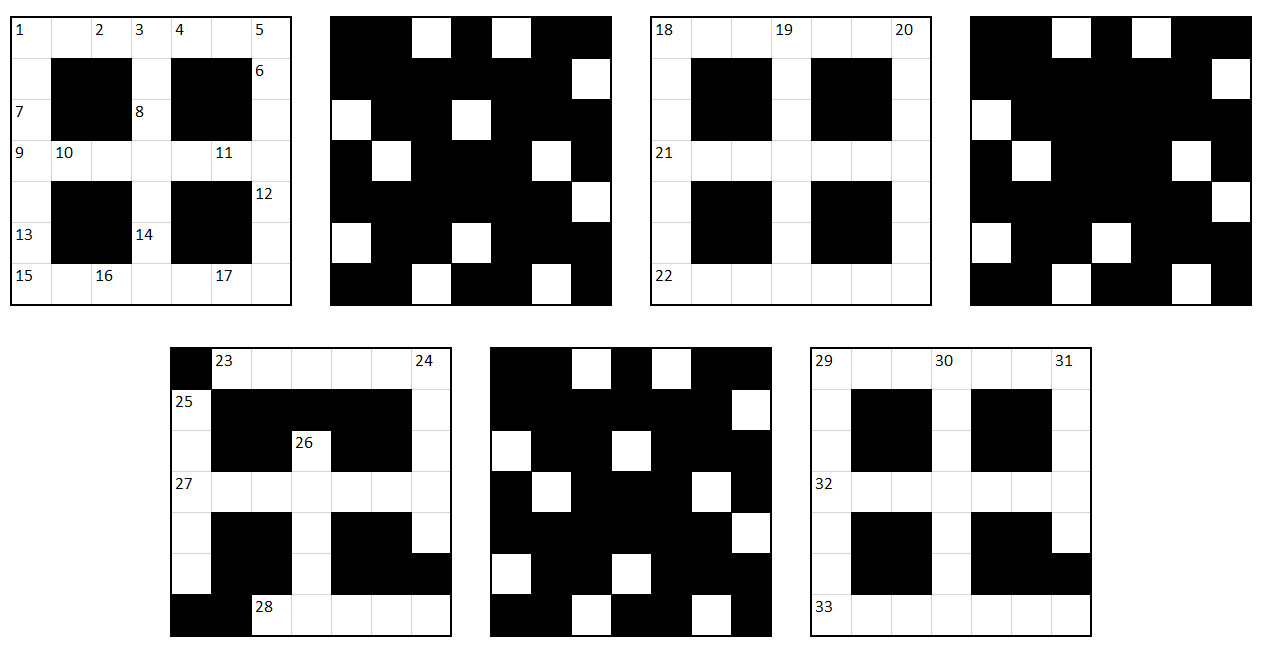 This is a three-dimensional cryptic crossword. The seven squares in the picture depict the layers of a 7x7x7 cube. The "away" clues run through these layers, starting from the top-left square in the picture.

Down
1. Smallest fictional mouse quiet on recording (7)
3. Coin obtained by follower of pirate E. Teach (7)
5. Mostly avoiding fooling around, like some Latin poetry (7)
18. Fill, at last, vacancies a tech company picked? (7)
19. Winter clothing from Alaska's worn by woman (7)
20. Part of egg container holds, essentially, only extremities up (4,3)
24. Formula One driver Hathaway's returned (5)
25. Retired females adopted new manner of speaking? (5)
26. Captain's plan: capturing insurgents' leader (5)
29. Mongrels eating skin of amphibian creatures with bizarre traits? (7)
30. Wearing skimpy top and skirt, given that it may lead to a slippery slope? (3,4)
31. Some folks – "tea leaves" – take the property of others (5)

Not the answer you're looking for? Browse other questions tagged cryptic-crosswords three-dimensional or ask your own question.