Welcome to the 10th level of my puzzle series, and now we have colour converters!

Here is the puzzle for today, can you solve it? (Level 10) 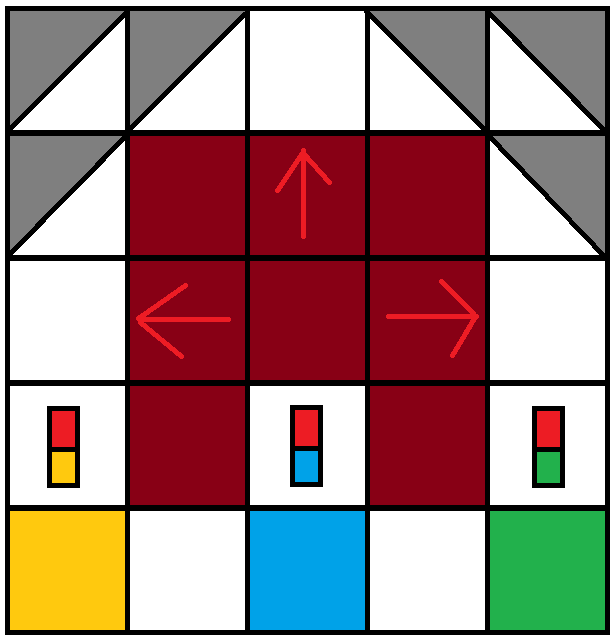 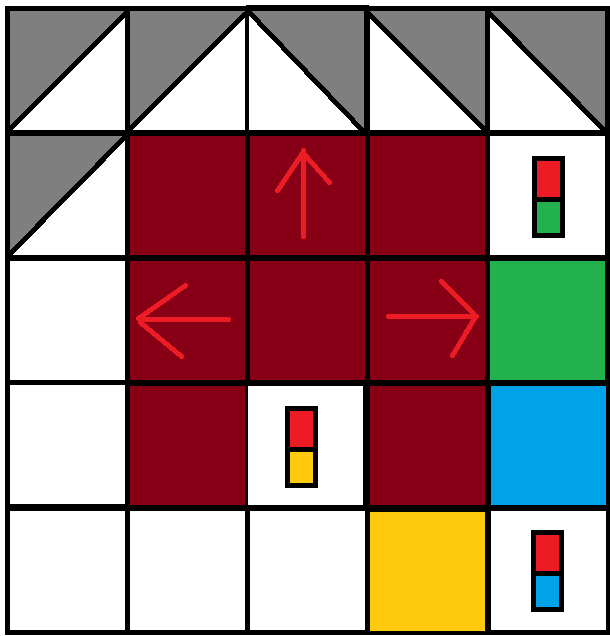 Leaving the red-yellow converter where it is, shuffle everything else anti-clockwise around the outside until the first three mirrors pass the notch with said converter, to get to the following 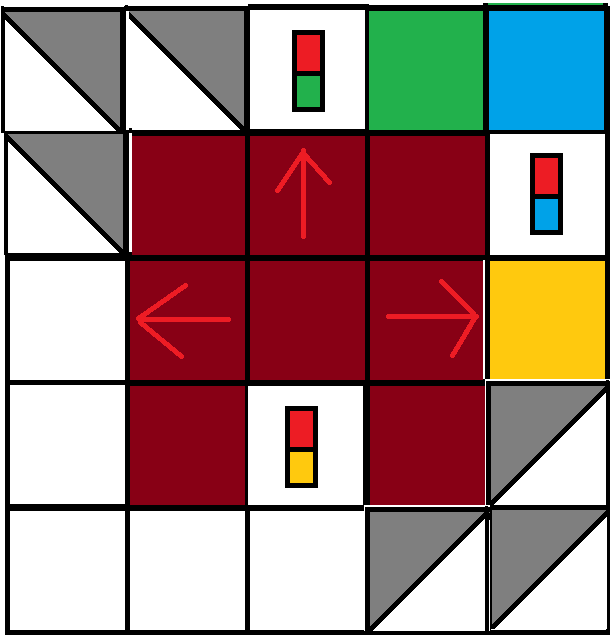 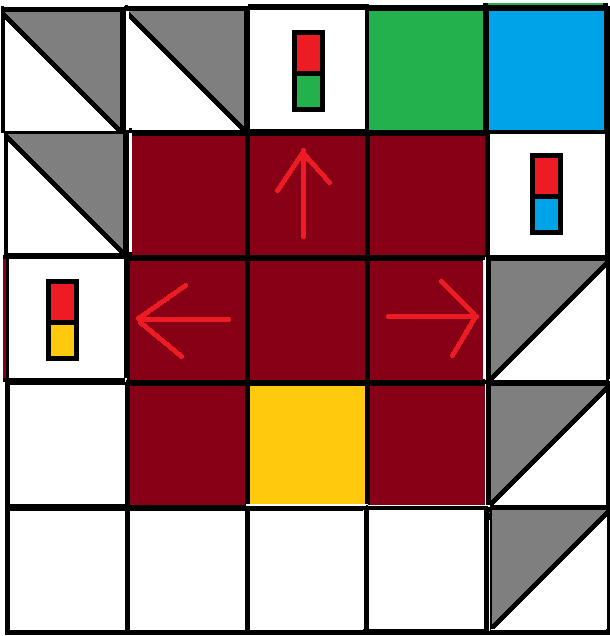 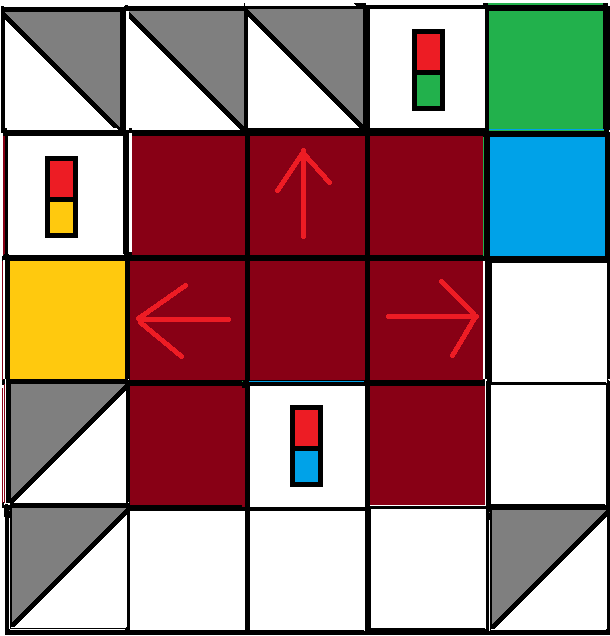 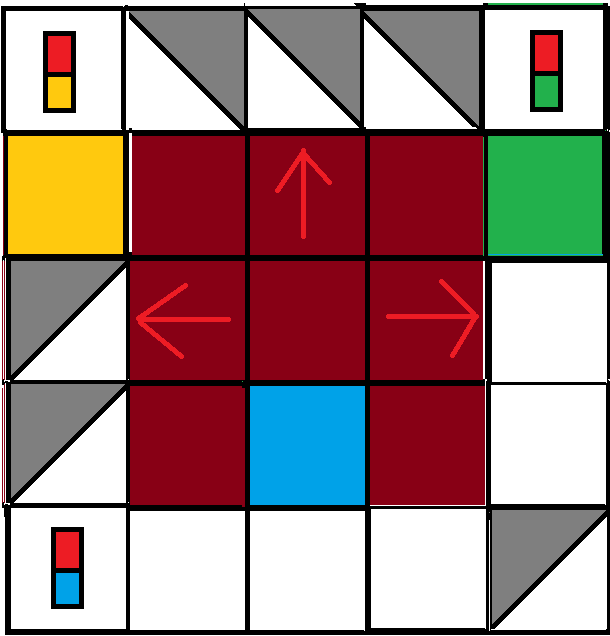 Move the blue square down a place, we have everything in the right order. Now we can move everything around clockwise until we get the following configuration. 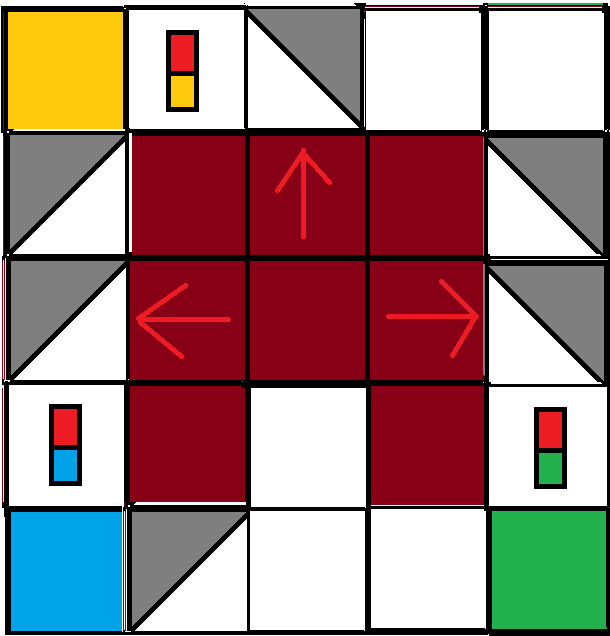 Finally just rotate the red-yellow converter 90 degrees clockwise and we are done. 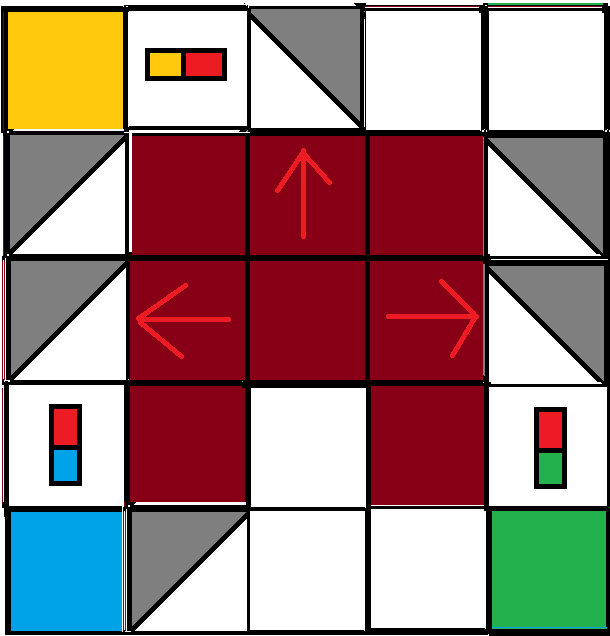 Not the answer you're looking for? Browse other questions tagged visual sliding-blocks or ask your own question.