Here's another level for my new puzzle, after a long time. Some new ideas came too:

From now, you can not only rotate lasers, mirrors, etc.; but can also move them side to side. You can also move grey tiles, only brown tiles can neither be moved nor rotated.

In one move, you can move 1 object (like lasers, mirrors, grey-tiles, bridges, etc.) such that they move as far as possible in the grid in a particular direction, until they reach the edge, or they collide with another piece. 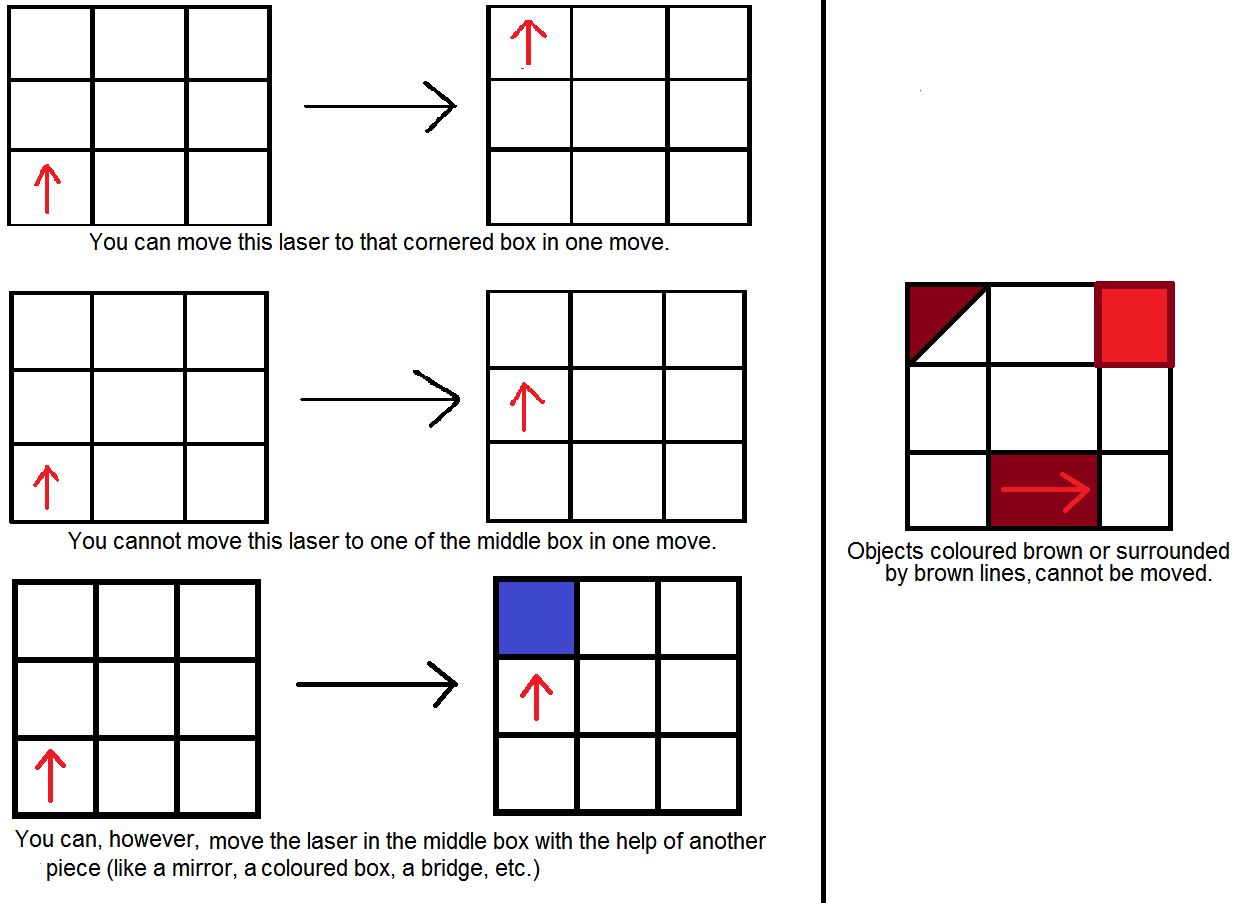 After understanding the movement pattern, here is the real puzzle for today. Can you solve it? (Level 4) . 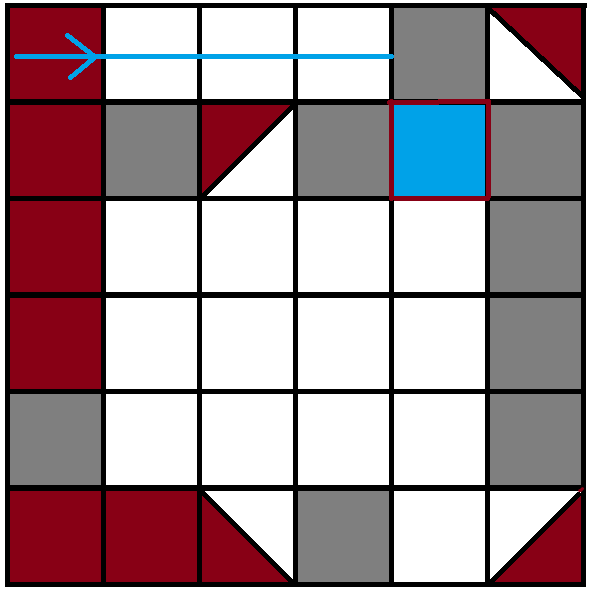 Note :- If you understood the rules, then this level is going to be far more easy than previous ones. But more levels will be coming soon :) . 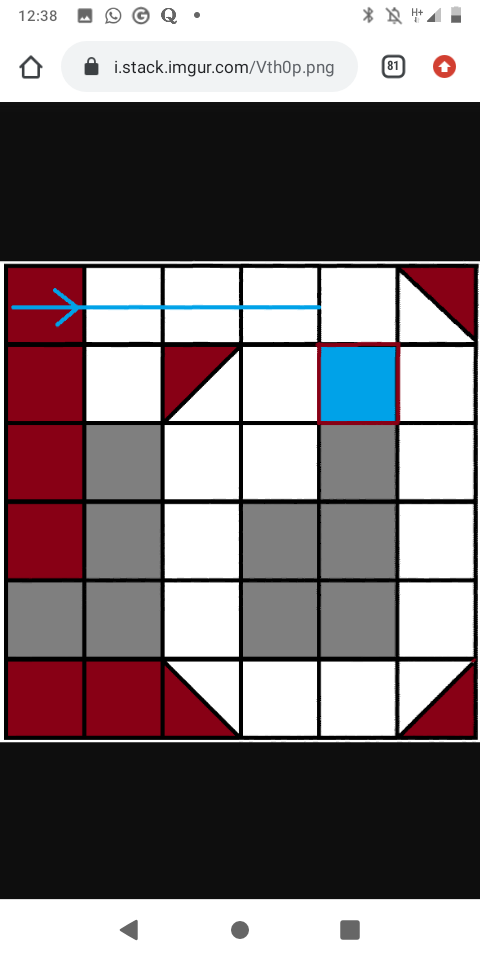 Not the answer you're looking for? Browse other questions tagged visual optimization sliding-blocks or ask your own question.

4
Lasers: Everything is Switched (Level 5)
3
Lasers: Cross through the bridges (Level 3)