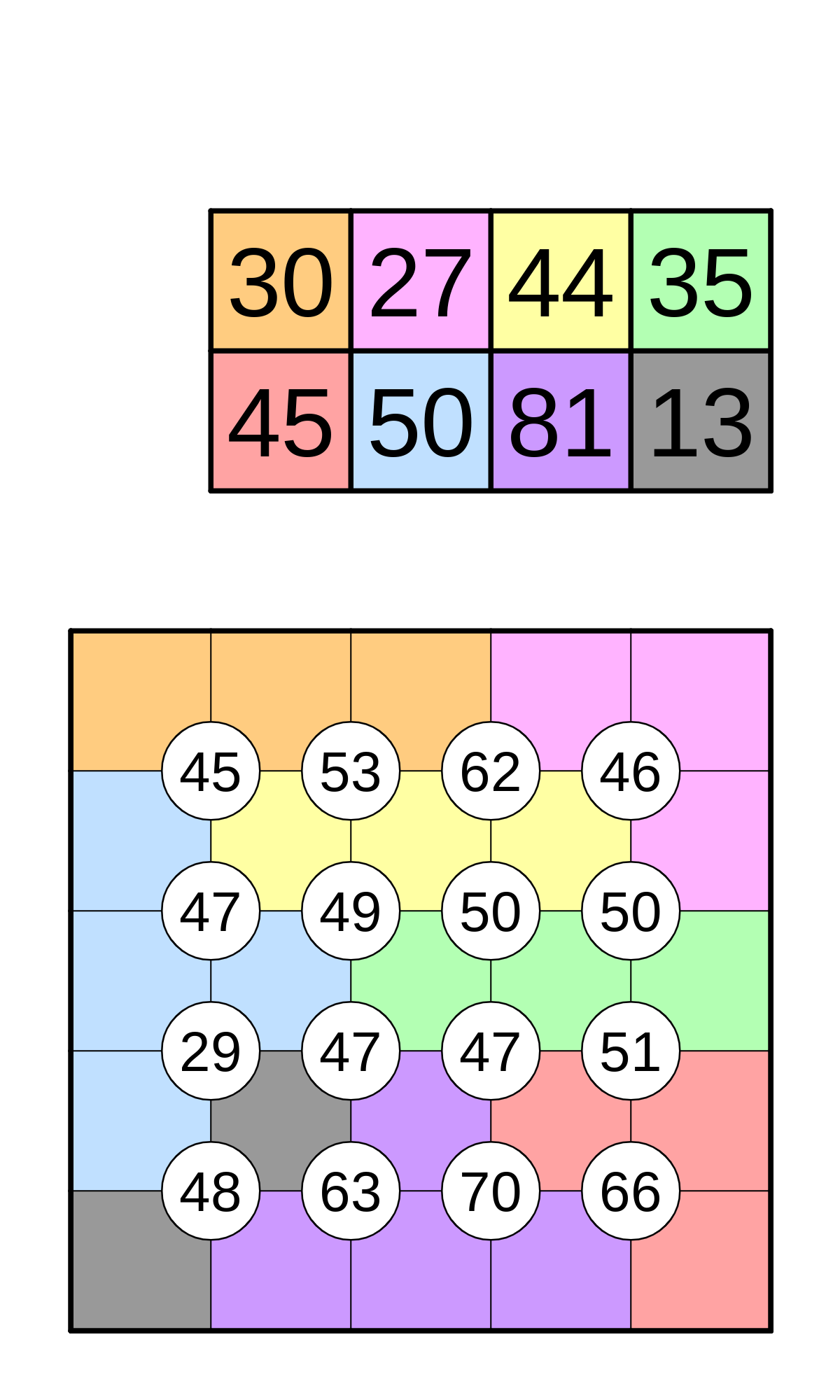 Okay, an easy one. From 1 to 25, without repetition, fill the numbers into the grids. 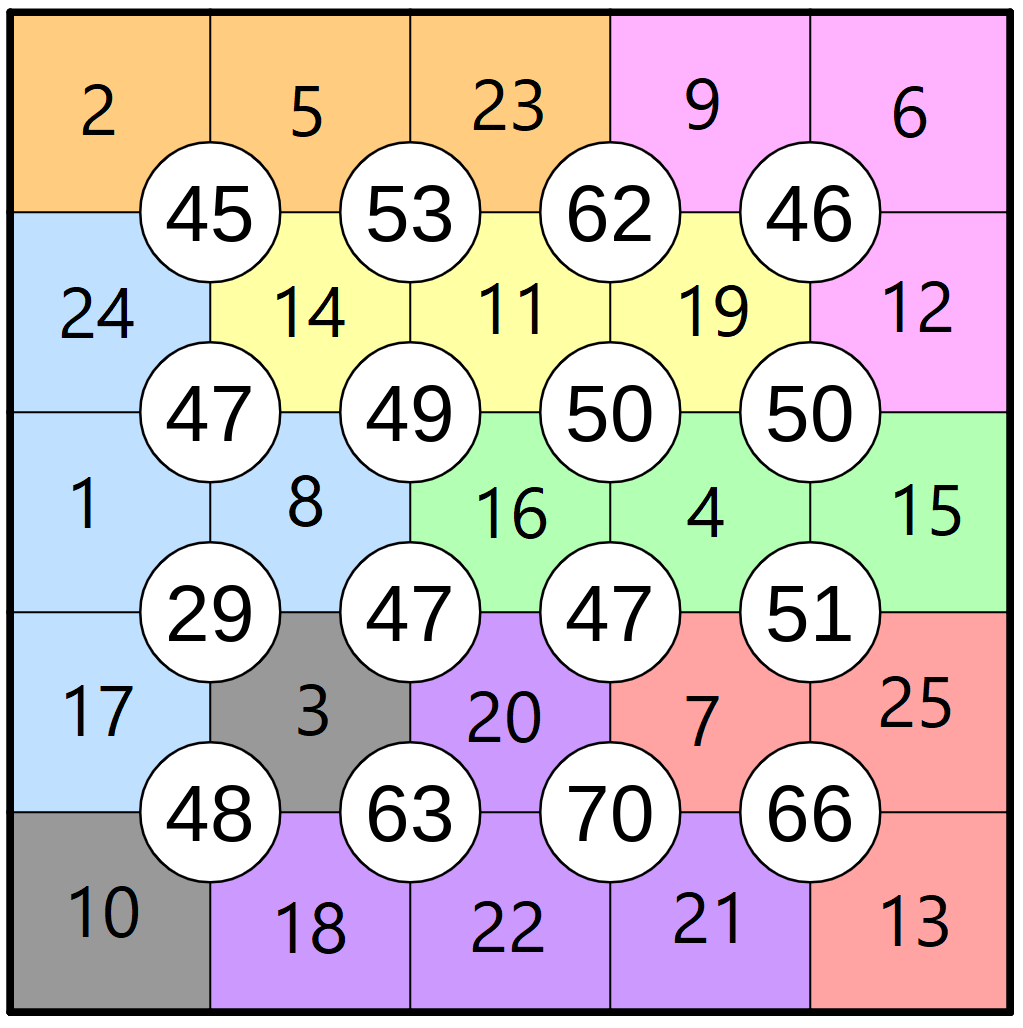 First some easy deductions. R2C4 has to be 19, since the sum of the pink squares is 27. Similar logic shows R5C4 is 21. Now the left two yellow squares must sum to 25, meaning the right two orange squares sum to 28, forcing R1C1 to be 2. The remaining purple squares must sum to 60, forcing the upper black square to be 3, and thus the lower black square is 10. We now know the sum of the lower three blue squares is 26, so the topmost blue square is 24. We can chase sums across the top two rows now: the sum of the top two elements in the second column is 19, the third column is 34, and the fourth is 28. This forces the let pink square to be 9. The grid thus far: 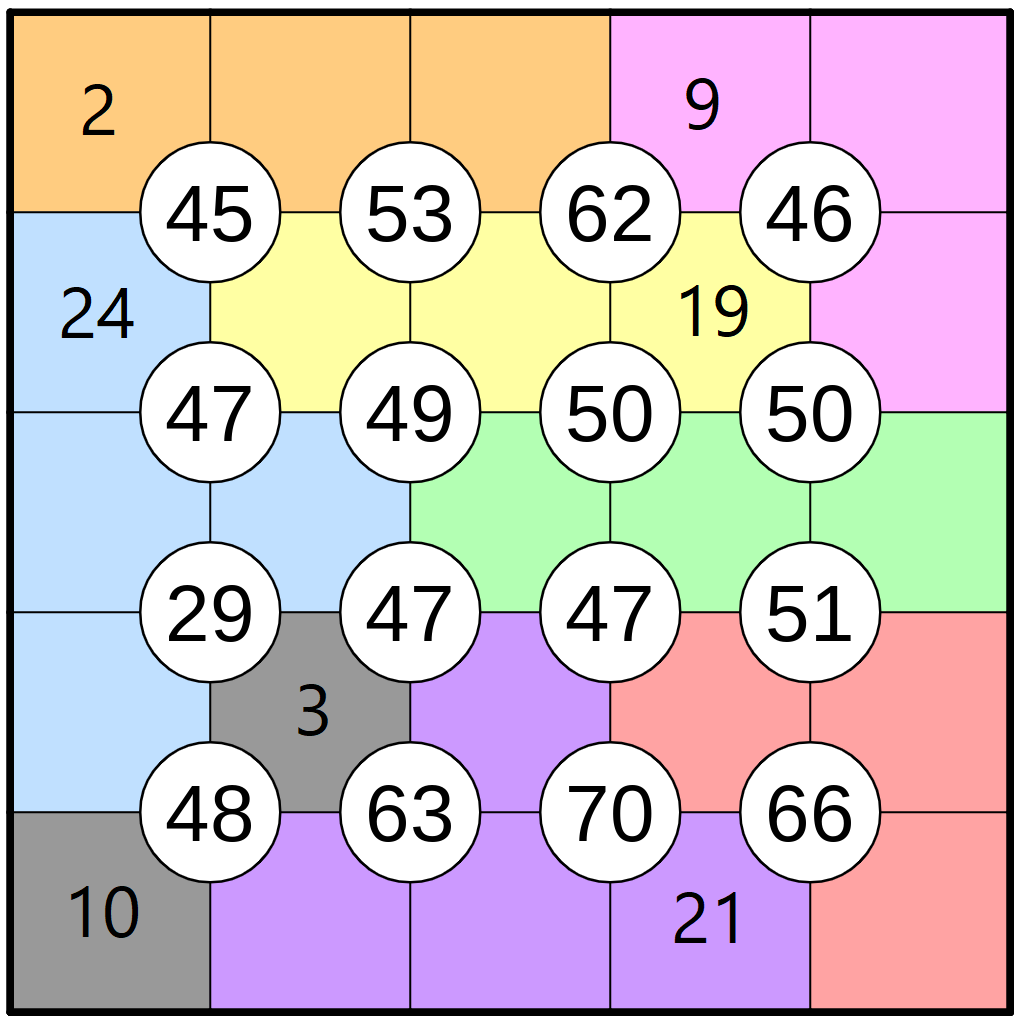 A bit of case checking: 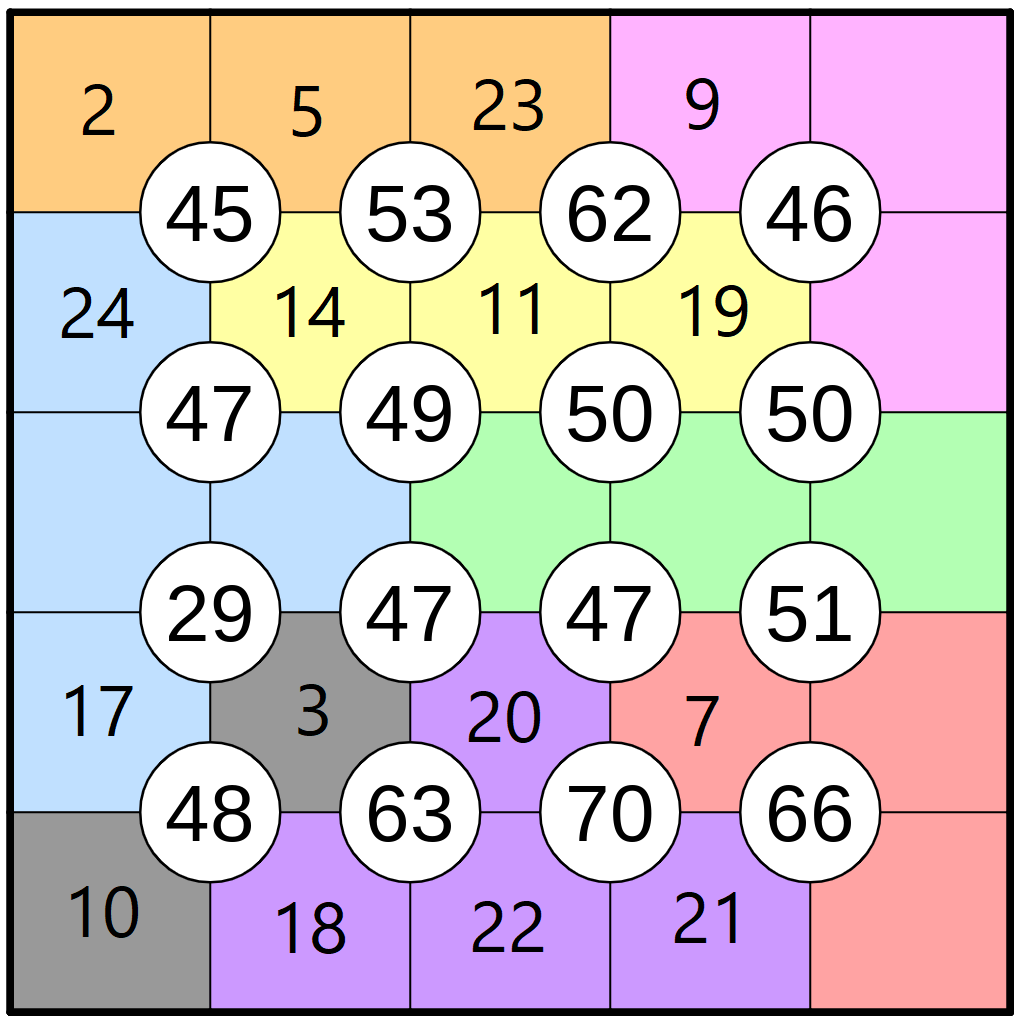 The remaining two blue numbers must sum to 9, and the only remaining possibilities are 1 and 8. This forces the left green to be 16 or 23, but the left two green squares sum to 20, so it must be 16. The rest of the grid is pretty trivially forced.