(Here is an experimental Sudoku created by me, however, the "box" constraint is not originally mine, but it'd be fun to try out this constraint.) 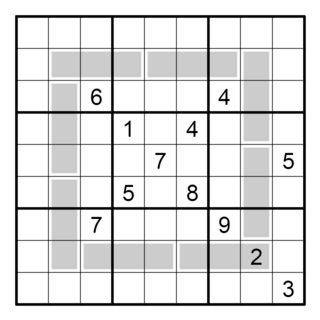 For starters, we can make the following deductions. 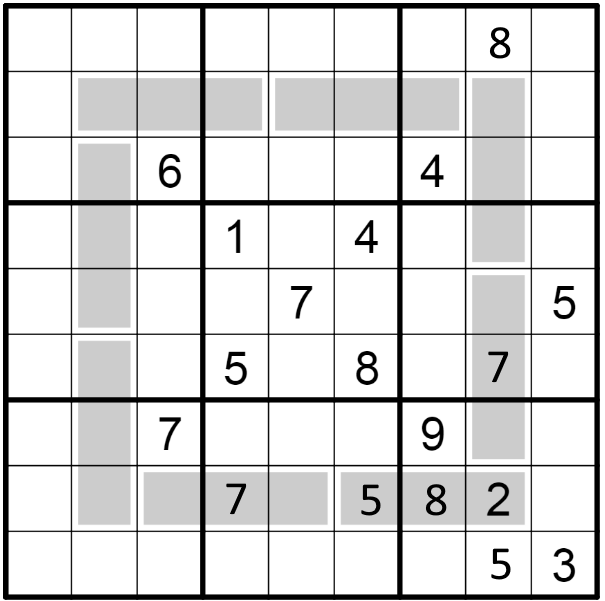 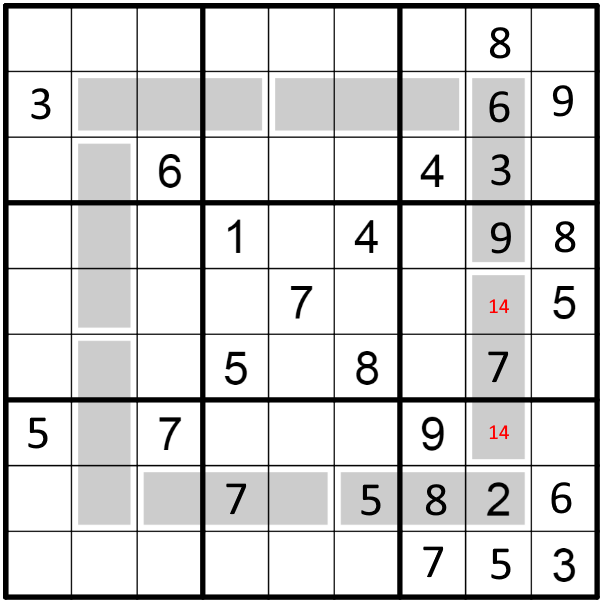 At this point, I got stuck. However, I noticed that the '147' and '258' groups must appear somewhere in row 2. Depending on which one is the first group horizontally in that row 2, the places for the 1 x 3 cells in column 2 can be deduced as well. So, I decided to try that '147' group must appear in the 2nd '1 x 3' cell in row 2. (If this results in a contradiction, then we will know '258' should appear in that group instead). Making this try gives us the following grid based on process of elimination.: 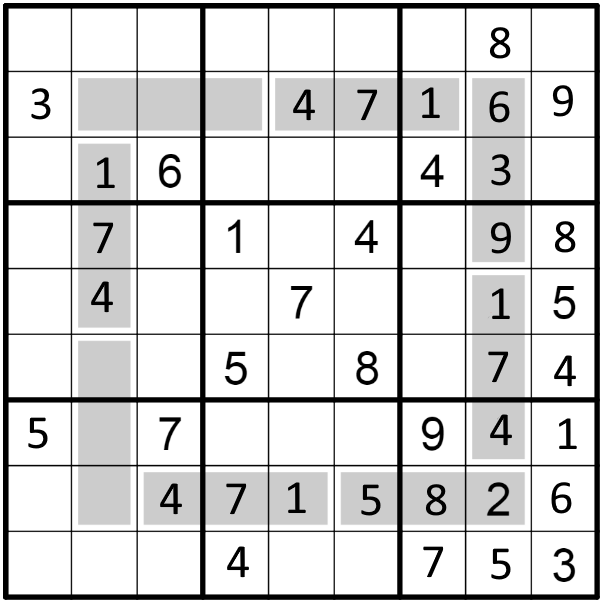 Next, using the grid before, we can use process of elimination to place some more 1,4,7 and in the process also solve for the 1st 1 x 3 group in row 2. 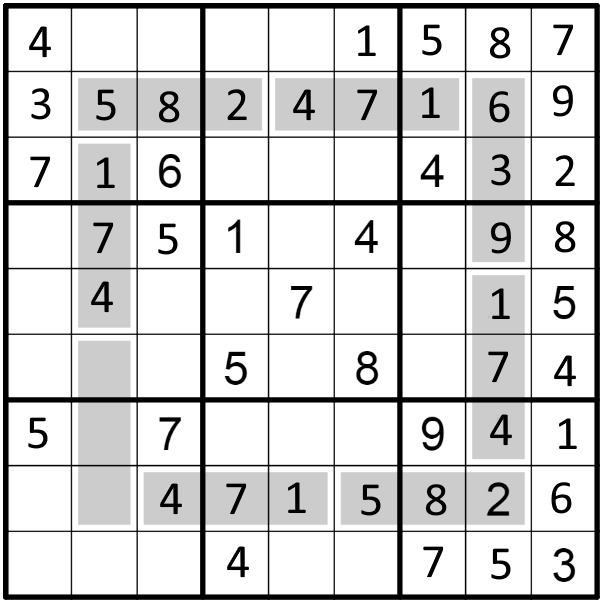 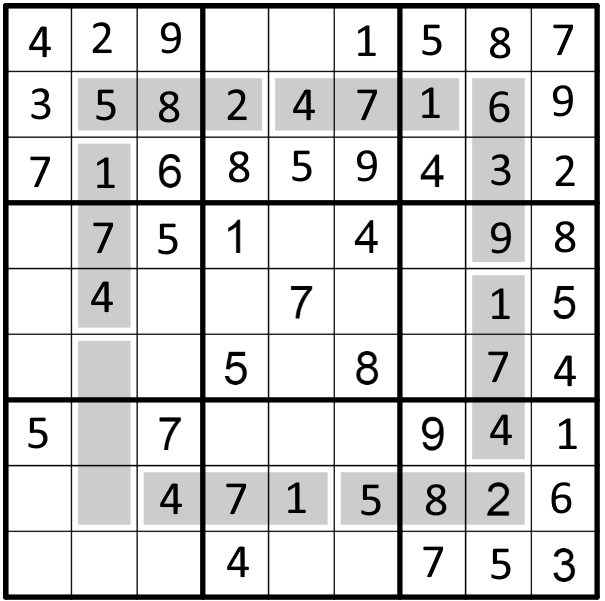 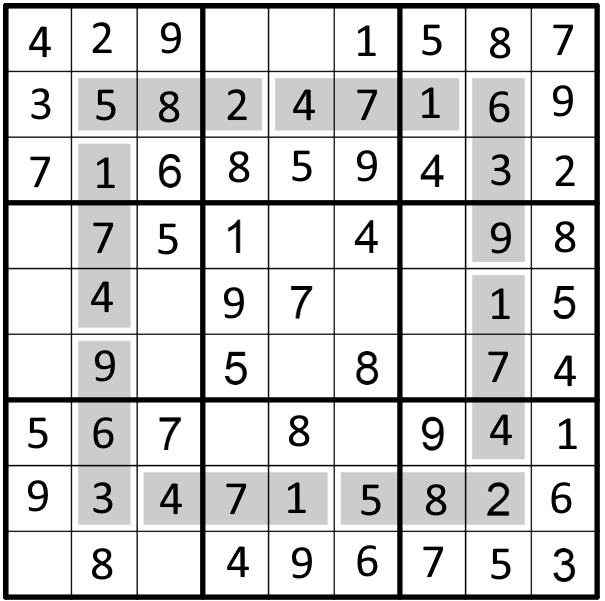 Using some more process of elimination logic, we can place a '8' in R5C1 and '2' in R7C6. Using the knock-on deductions from there: 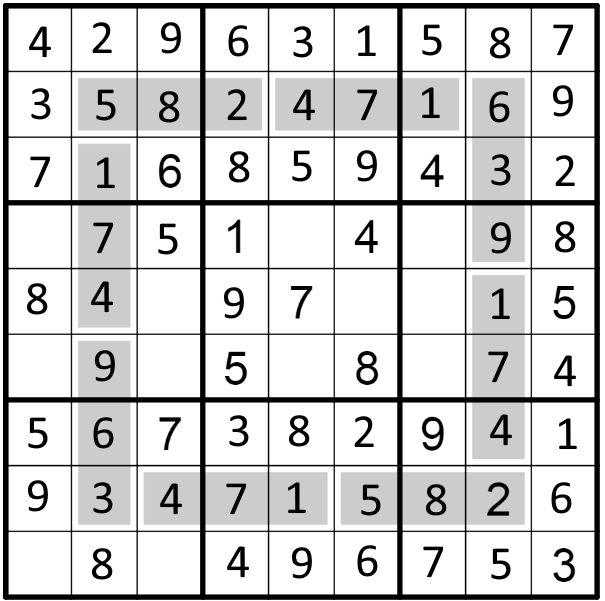 Next, we can notice that in column 5, only 2 and 6 are left. This means '3' must appear in R5C6. This deduction allows us to completely finish writing in all the '3's. Next, in row 5, there is also a 2 and 6 missing, but since 6 already appears in column 3, 2 must appear in R5C3. This allows us to place a 6 in R5C7. Based on the chain deductions that follow from there, we can fill in all the remaining digits and there were no contradictions. So this is the final solution: 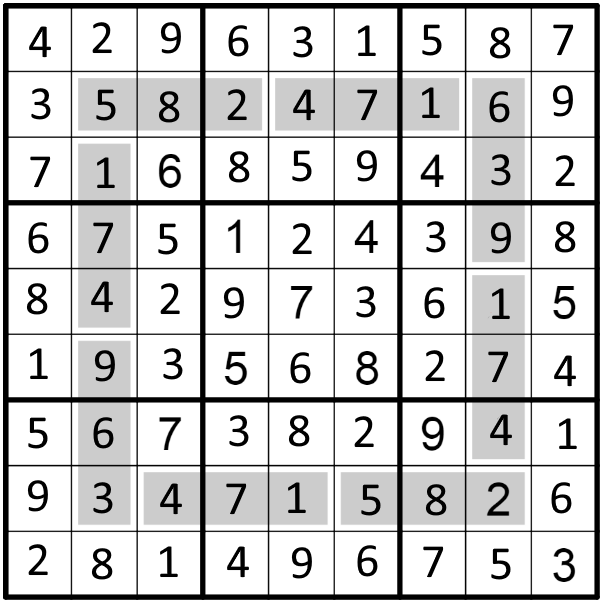 I decided that I show the other attempt as well to show that one leads to a contradiction and the above is the only solution to the problem.

Placing '258' in the second 1 x 3 group in row 2 will eventually lead to the following contradiction: 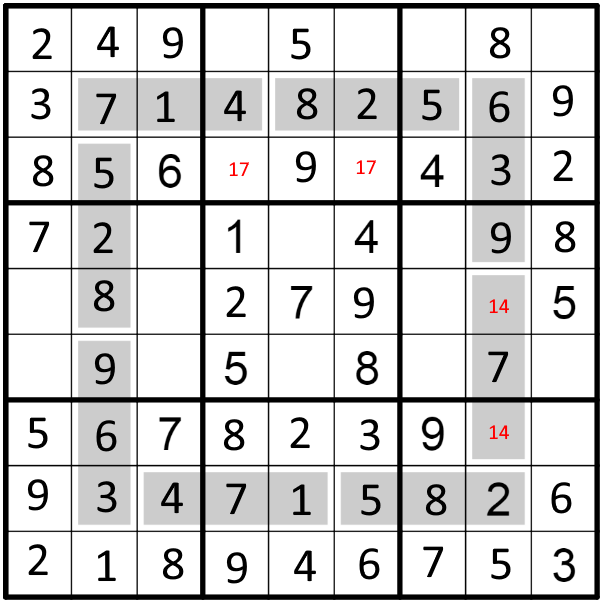 As you can see, I also tried my hand and, finally, made it. I also got stuck and into a contradiction (as per the image).

Do you have more of these? 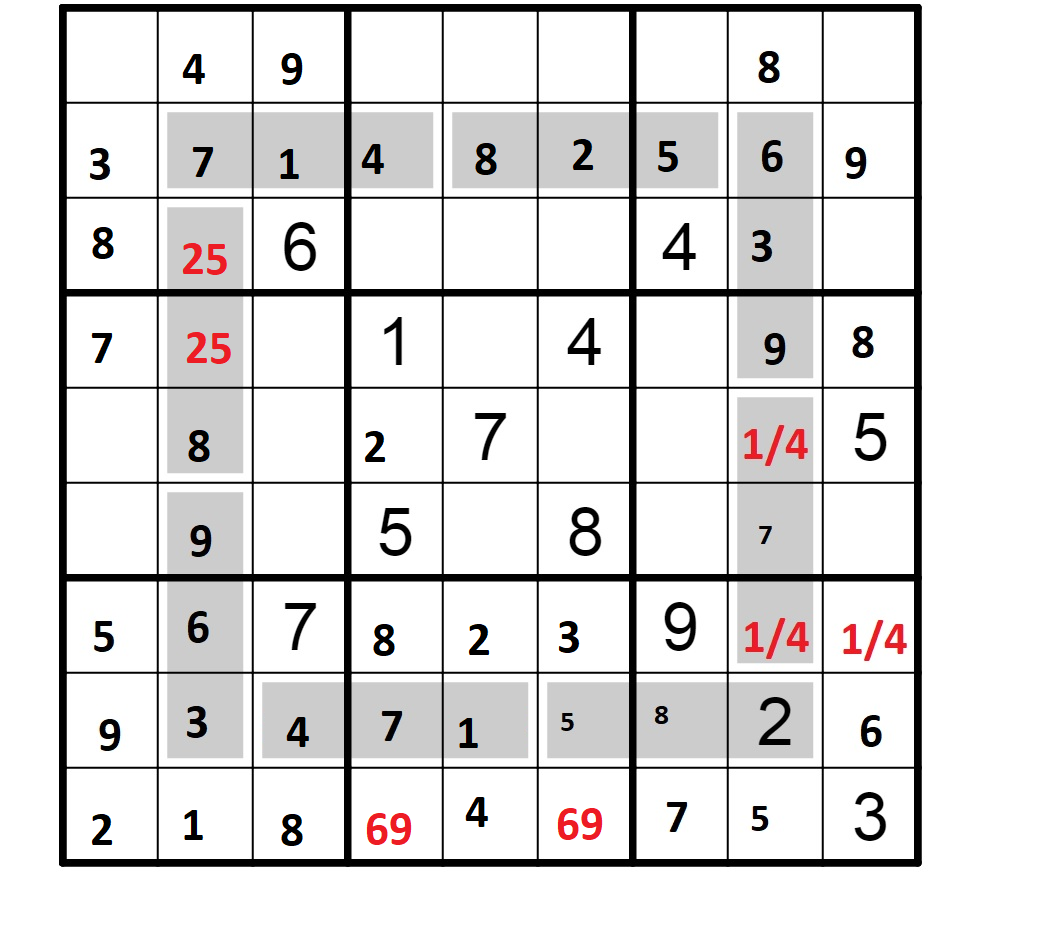 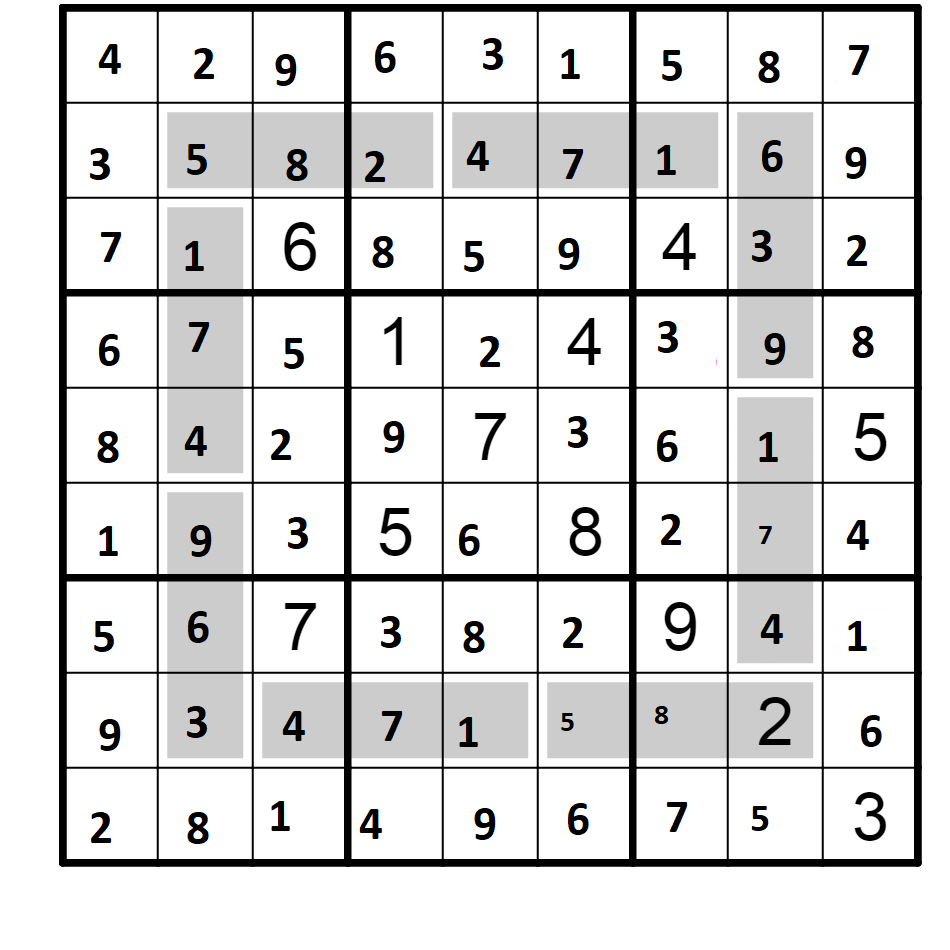 Not the answer you're looking for? Browse other questions tagged grid-deduction sudoku or ask your own question.

9
Tetromi-nuri-doku
10
Another Colombian Sudoku
8
Whirlwind of the Square Sudoku Table
5
All That Remains Sudoku
19
Tic tac toe - Sudoku: A variation in which the centre box defines the layout of the other boxes
21
Square Number Sudoku
9
A Sudoku with only four given digits and some more rules
14
The Blind Killer - a new series! SS#1
9
Sudoku with no grid and no numbers!!? - SS#12
12
Sudoku: Odd Bonds