Today, I received a rather peculiar mail from L.B.G. (Low-Budget Gladys), Glady's cousin, thrice removed (and aunt to the daughter of knock-off Gladys)...

Heya, North! So, a couple of weeks back, I went to go watch a WONDERFUL virtual concert- oh! it was just fantastic! Granted, some of the locations [needs improvement], but it was generally amazing because I could go anywhere without leaving my couch! Leave it to my some distant cousin to actually go to places. Always [spam[sic]] me with those puzzles. But instead of being [rude and abusive] to my cousin, I figured, I'll just [duplicate] what she does!
Lovingly Yours, L.B.G. 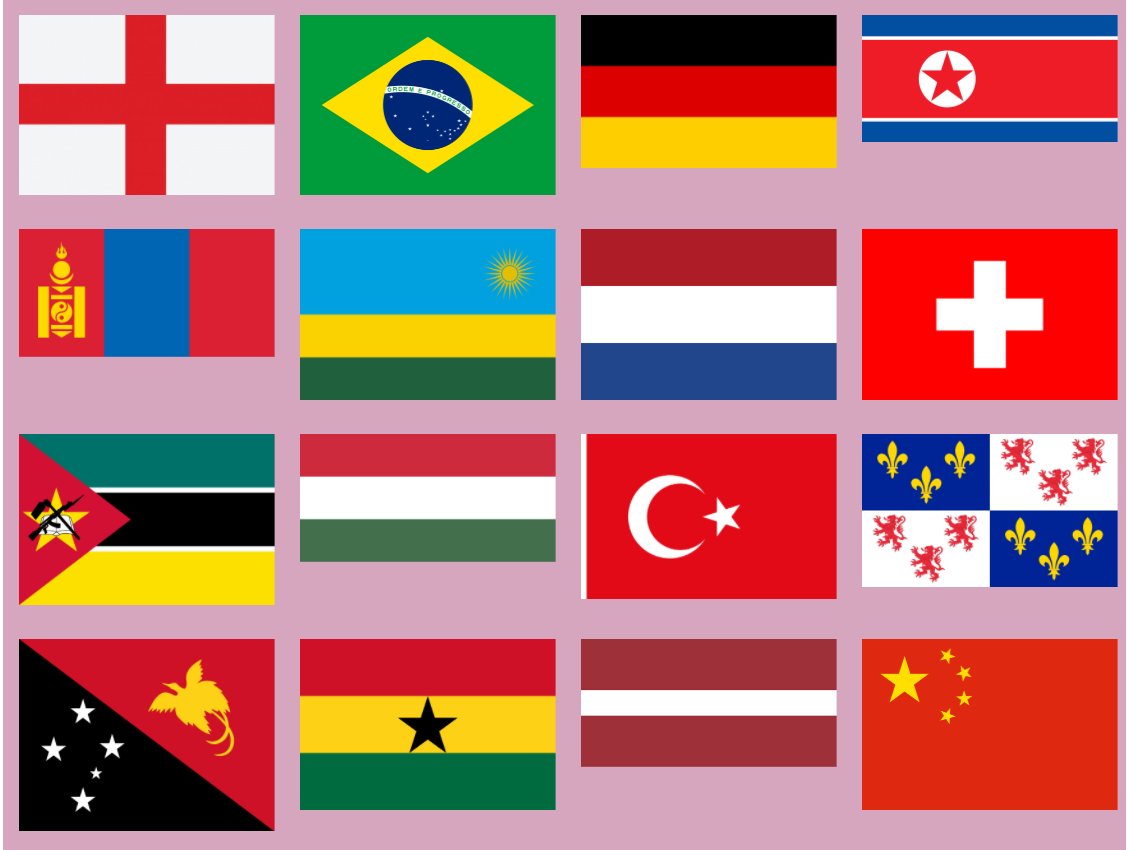 I have... no clue what she's talking about, but can you help me figure out where she went?

One of the categories has to do with dogs. Think herding dogs.

One of the categories has to do very specifically with the flag itself.

The Wikipedia page for Switzerland isn't loading properly for some reason. It's in the same category as Brazil and China. And Turkey.

The flags, from left to right and top to bottom:

Somewhere that is a member of the Commonwealth of Nations, whose capital is not its largest city, has a 1:2 ratio flag, and has a species of herding dog named after it.

Not the answer you're looking for? Browse other questions tagged knowledge visual geography connect-wall flags or ask your own question.