"Sequence, get in here! Your man's definitely up to something!"

The mood at Headquarters was tense. Sergeant Sequence obediently entered the Chief Investigator's office to find him staring at a map on his wall, tugging at his hair with both hands.

"It's Patrick Terne again, Sequence - we've intercepted transmissions pinpointing 16 of his known associates scattered about Europe. We've just had word that they're now all on the move - but we don't know where they're going! Reading Terne's mind is your area of expertise - tell me, where's everybody going next?"

Sergeant Sequence examined the map and slowly shook his head. "Hmmm, this isn't a standard what-comes-next sequence. This is... something else altogether."

The Chief Investigator began striding about the room, muttering to himself, like a man possessed. "All of these locations are fairly sizeable towns, cities, regions or islands in Europe... That one in Bulgaria is not Plovdiv - it's a little too much to the west... Where are they all heading?!"

"Sir," interjected Sequence. "I think we need to call in... Corporal Connecting-Wall!"

TASK: Resolve this map-based connecting wall into 4 categories, each containing exactly 4 of the locations marked in red. Identify the European city (population >100,000) which satisfies all 4 categories - this is where Patrick Terne's associates are heading! 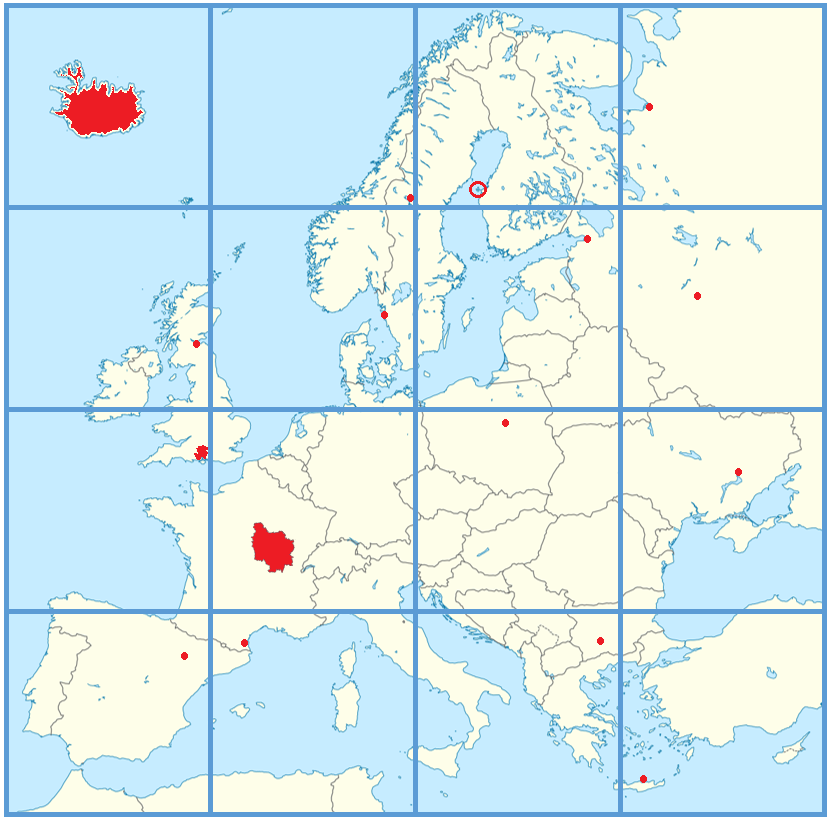 "Checksum" - The initial letters of the places marked in red (minus accent marks, and in alphabetical order) are ABBEGHHIMOPPSWZZ.

The places here are: 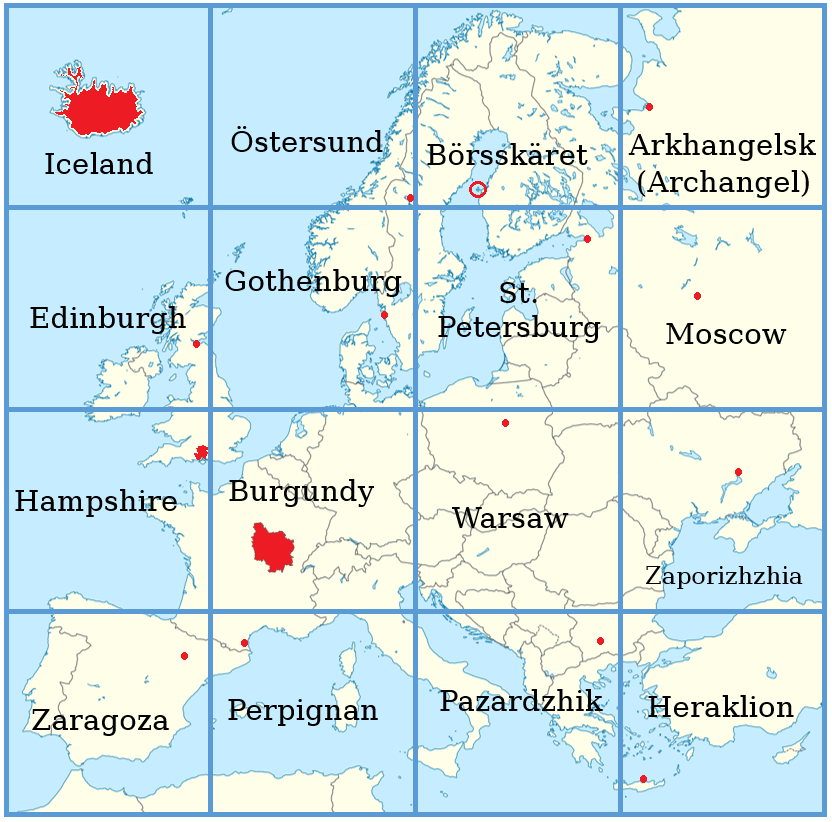 So the final city is

the city of WOLFSBURG, Germany -- it satisfies all four of the criteria given.

Thanks to Misha Lavrov and jafe for helping me finish this off the answer by finding the last category and the final city, respectively.

Not the answer you're looking for? Browse other questions tagged story geography word-property connect-wall or ask your own question.