History is written by the Connect Wall

This is an entry for Fortnightly Topic Challenge #42: Wordless Connecting Walls.

Election Day in the United States, and my daughter is taking Civics, so we're watching the returns. It occurred to me that, a.) I would really rather be doing almost anything else, and b.) we are generally very quick to forget the losing candidate. So this Connect Wall is dedicated to those people, whom even the Library of Congress calls the "Also Rans". 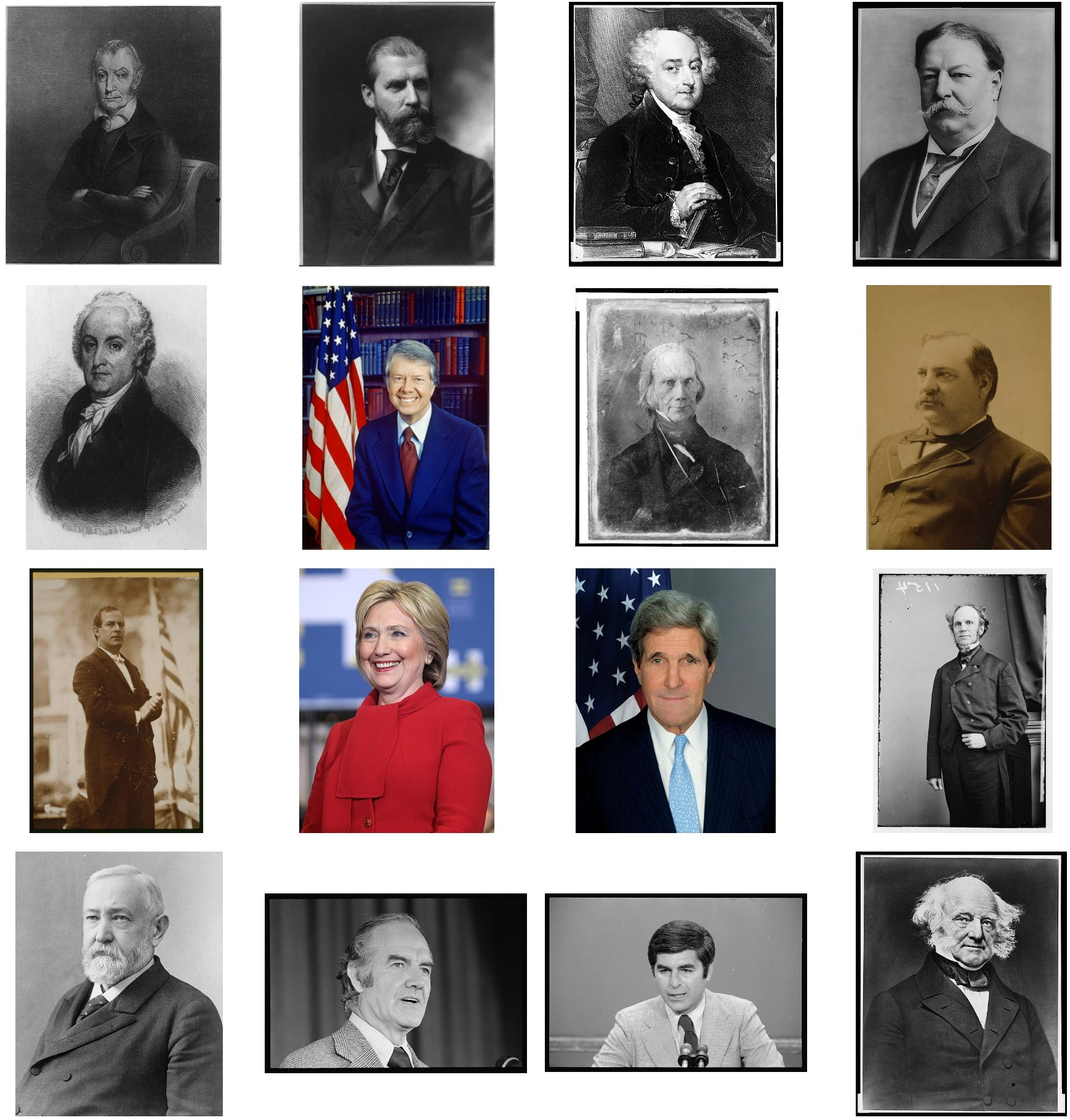 These 16 people can be partitioned into four groups of four people who each share some common characteristic. These four characteristics are shared by yet another Also Ran, whose portrait is the answer to this puzzle.

SOLVER NOTE Having run for president, many of these individuals served in a variety of governmental capacities. To clear away some of the detritus, none of the groups is based on being a US Senator or Member of the House of Representatives, nor is any group based on any US state office, such as having served as a state governor. As a final note, the visual aspect of this puzzle is significant!

This one is challenging, because there are several people who could be in more than one intended group. To get started, note that John Adams and Martin Van Buren are in different groups, and Henry Clay and Hillary Clinton are in the same group.

John Quincy Adams is who fits all catergories.

Not the answer you're looking for? Browse other questions tagged visual history connect-wall or ask your own question.