Connect Wall: “Who's that Pokémon?”

Ash, on his expedition to Catch Em' All™, came across a strange new Pokémon! He pulled out his trusty Pokédex to identify this mystery Pokémon, but rather than directly revealing this it, it instead gave Ash sixteen Pokémons it had already encountered! The Pokédex said the following:

There are sixteen Pokémons underneath who fit nicely into four groups of four. The Pokémon you seek will fit into all four categories.

Can you help Ash identify the Pokémon? 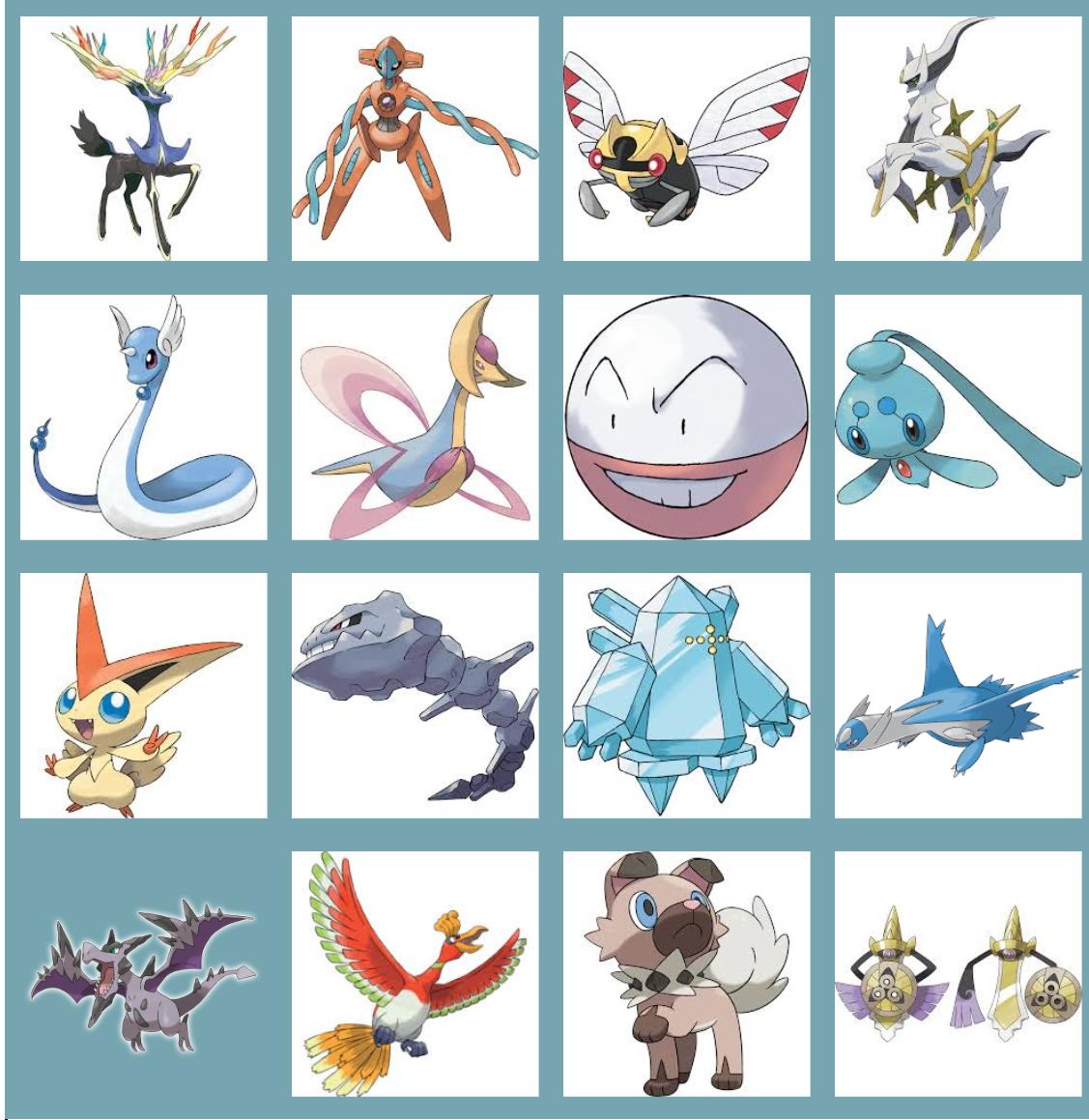 Three of the four category themes would be helpful to know in a Pokémon battle.

Here are the four groups I found:

Group 1: The names of the Pokemon contain their types.

Group 2: This pokemon has the highest base speed stat for their type

Group 3: This pokemon is part of a duo.

Hence, based on the four groups, the mystery Pokemon seems to be Darkrai.

EDIT: After being adviced by more experienced users, I now change this to a community wiki answer. Feel free to use the information here!

Not sure if this counts as spoiler.

For those who are not familar with newer generations (like me), here are the pokemons in the picture.

Finding them already took me some time, so I hope this could help others.

Not the answer you're looking for? Browse other questions tagged knowledge pattern visual video-games connect-wall or ask your own question.