Slitherlink with so many 2's 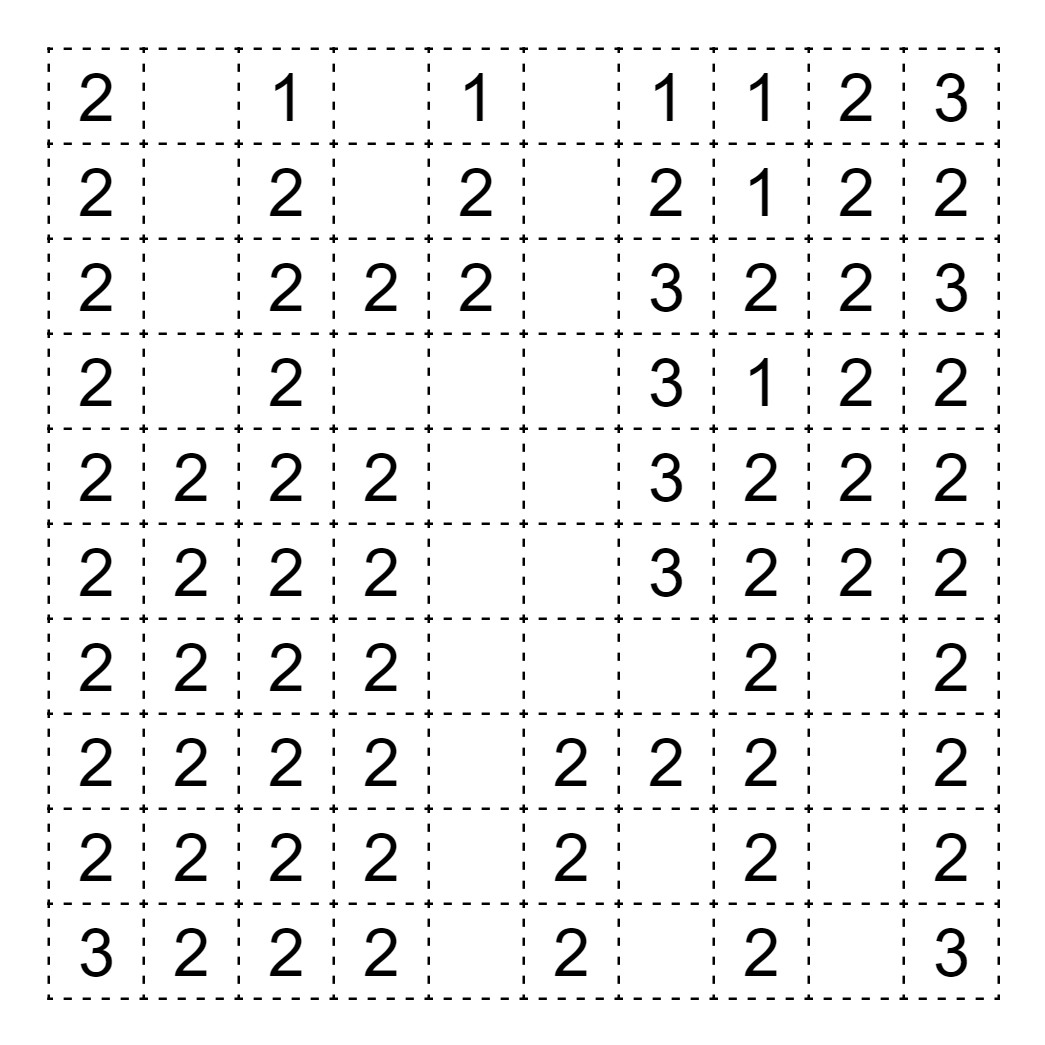 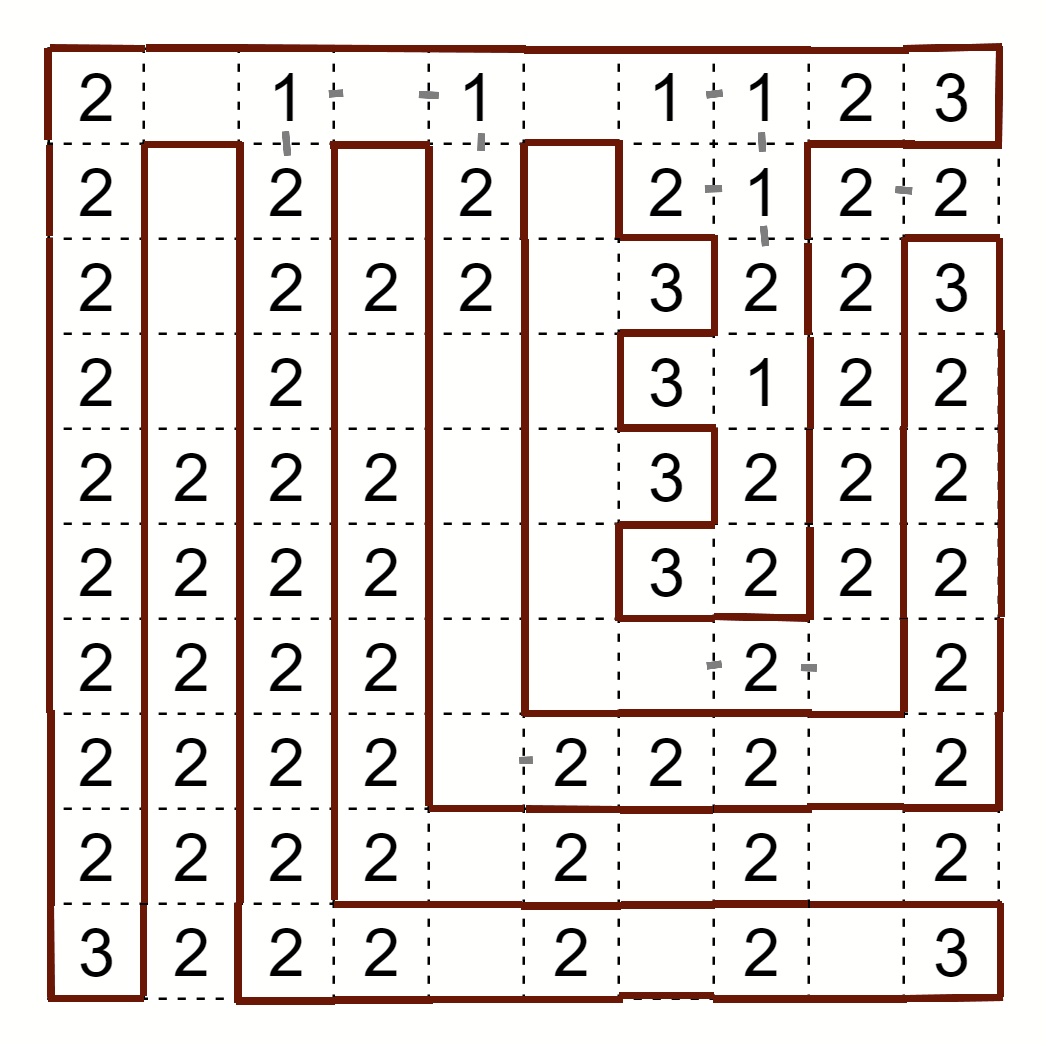 (The little grey marks were just for bookkeeping.)

I'm afraid I didn't keep a detailed record of the solution path.

I started at the corners for obvious reasons, filled in a lot of the top right, extended a bunch of parallel things leftward from the bottom right, and then the rest was fairly straightforward.

Gareth McCaughan got the answer first and got his answer accepted (upvote him too!), but I will be the one to supply the deductions:

Chapter I. The Basic Deductions

First, we can fill in a few lines due to the behavior of 3’s: 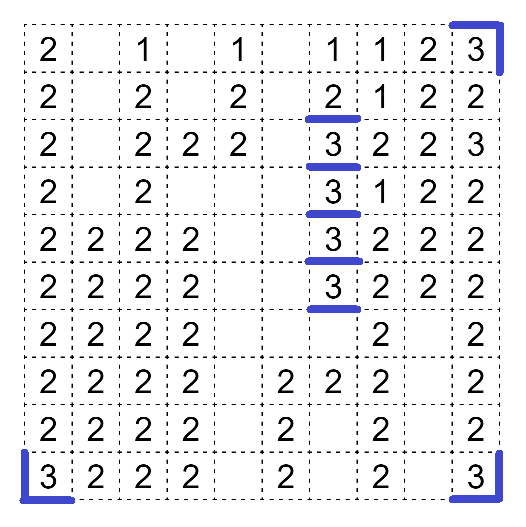 Now, suppose that the left side of the 3 in Row 3 Column 7 were part of the loop. We then quickly reach a contradiction because the 2 in Row 5 Column 8 cannot be fulfilled. 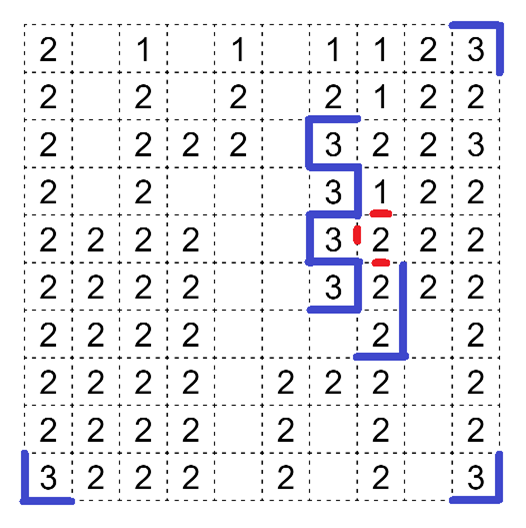 Therefore, it is the right side, not the left, of the 3 in Row 3 Column 7 that is part of the loop. We can advance and then stop at this configuration: 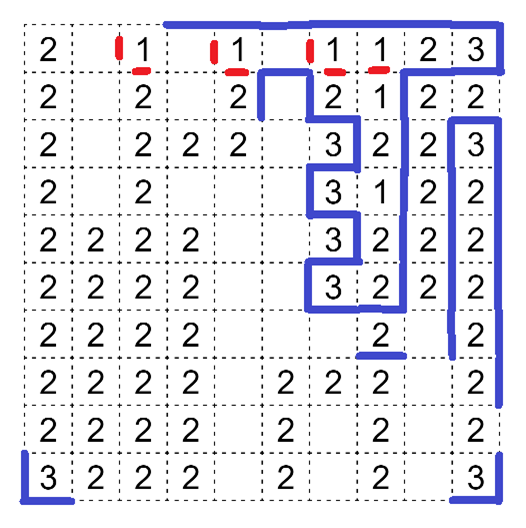 Suppose that the upper side of the square in Row 1 Column 2 were not part of the loop. However, there will be no way to fulfil the 2 in the top left. 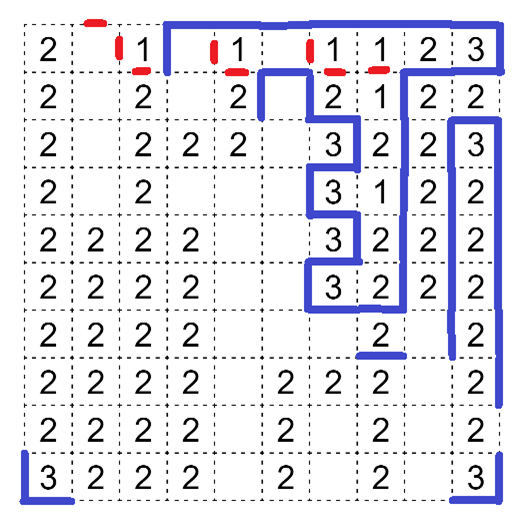 Therefore, that upper side must be part of the loop. 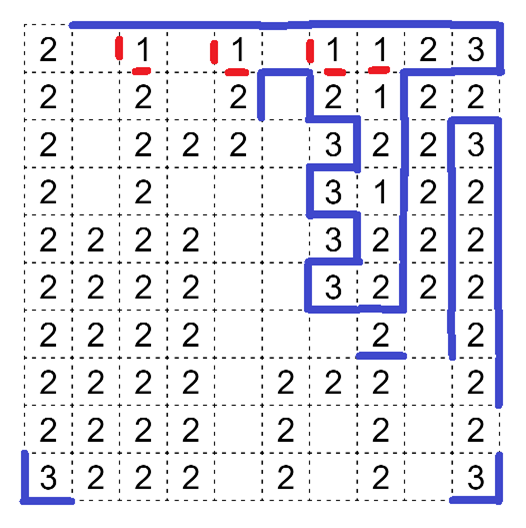 Suppose that the left side of the 3 in the bottom right were part of the loop. This quickly leads to another contradiction: there is no way to fulfil the two 2’s on top of the 3 at the same time. 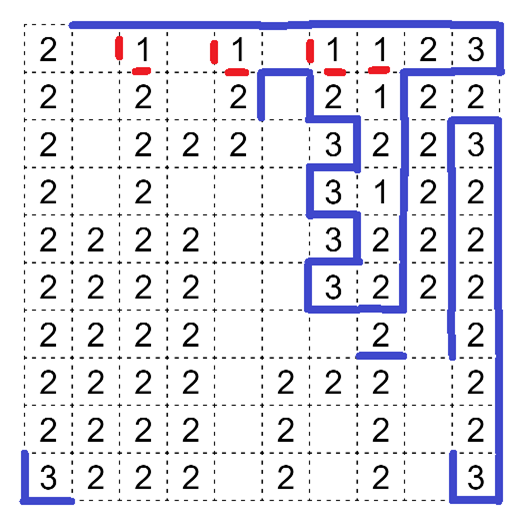 Therefore, it is the upper side of the 3, not the left, that is part of the loop. 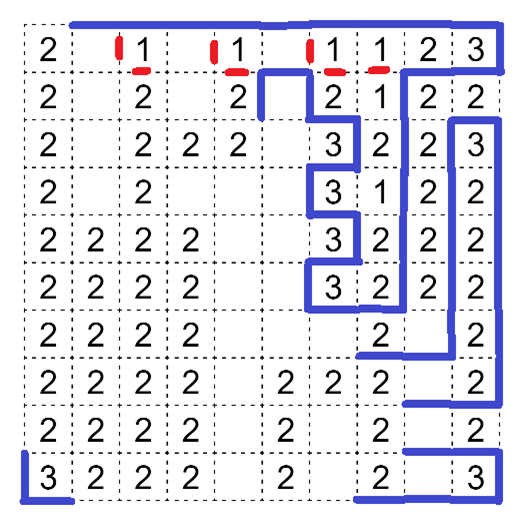 Suppose the left side of the 2 in Row 9 Column 8 were part of the loop. Now, there would be no way to fulfil both 2’s on the top and bottom. 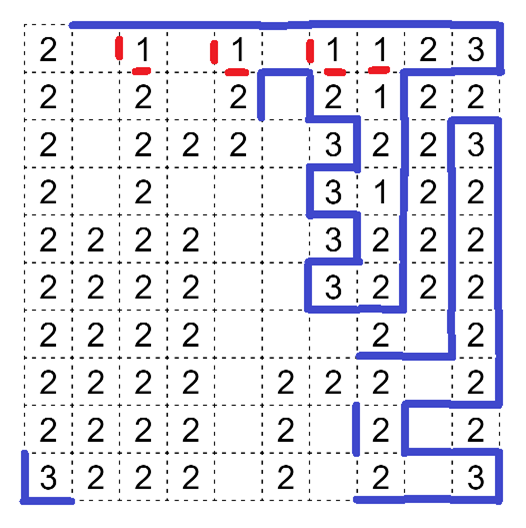 So the lines must extend leftward. 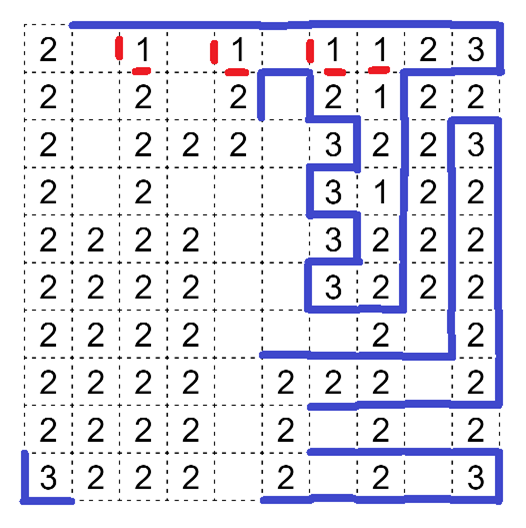 We can use the same argument to deduce that the lines must extend leftward again. 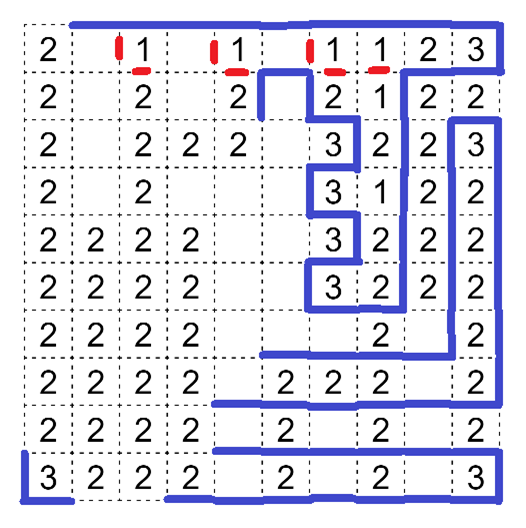 Chapter V (Finale). Encounter with the Twos and Completion of the Loop

Now, look at the 2 in Row 9 Column 4 and suppose that its right side were part of the loop. There will be two cases that proceed from here: the “empty” side of the three pointing upward or rightward. The upward case can be divided further into two cases, but however all three cases lead to contradictions involving 2's that cannot be fulfilled: 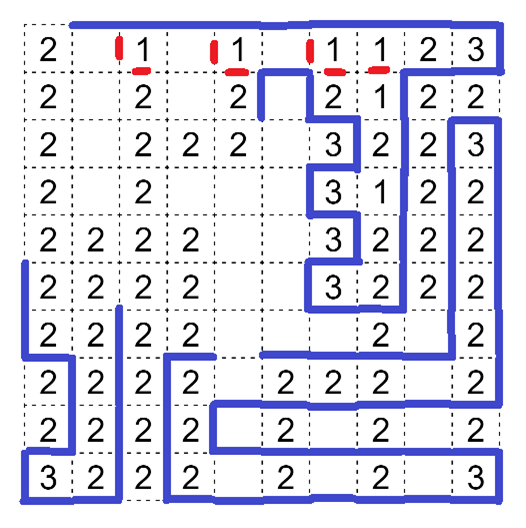 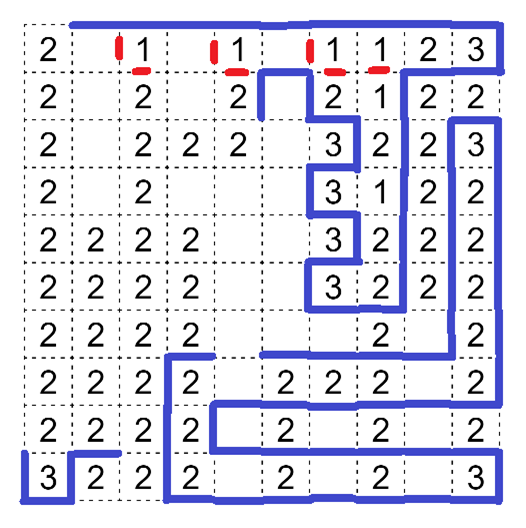 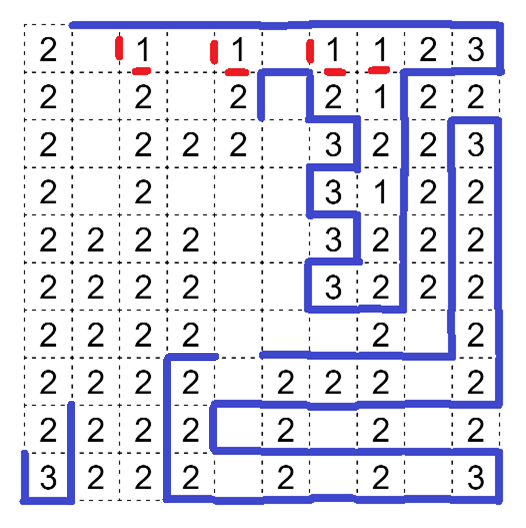 (In fact, as @aschepler notes, rather than considering those three cases, you can just continue deducing starting from the 2 in Row 8 Column 4 until you reach a contradiction; it becomes similar to the first case depicted above.)

Therefore, the right side of the 2 in Row 9 Column 4 cannot be part of the loop. 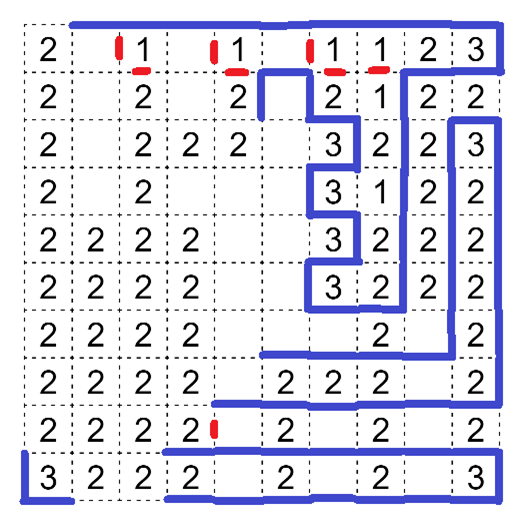 If the “empty” side of the three was the right side, there will be no way to fulfil both 2’s again: 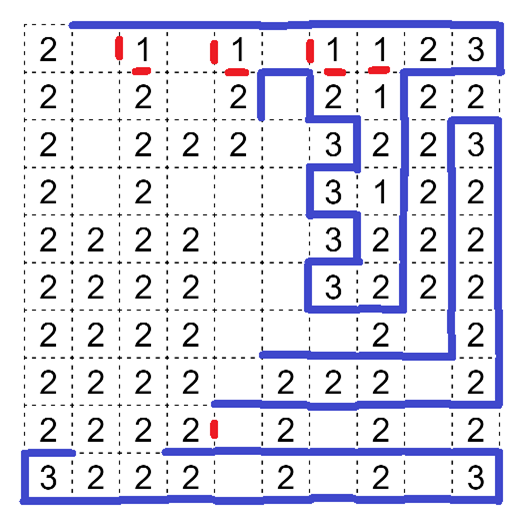 Therefore the “empty” side of the three must be the upper side. This allows us to utilize three simple arguments repeatedly to arrive at the completed loop: first, that there cannot be more than one closed loop; second, that the 2 cannot have more than three sides that are part of the loop; and third, that sometimes an open end is forced to extend in only one direction. 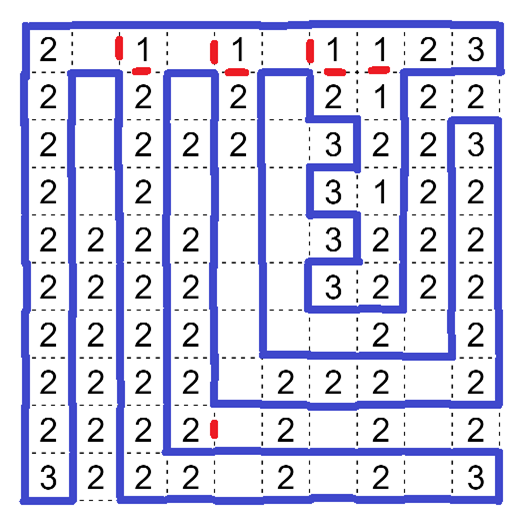