This is part 8 of the puzzle series. Part 1 is here.

Today I'm enjoying some quiet time after a long flight. As you know I'm at least as much a fan of places of worship as the next traveller, and the one I saw today is certainly worth the visit.

Some cells in the grid can contain two letters. The given letter counts indicate the space available, not the real length of the answer. 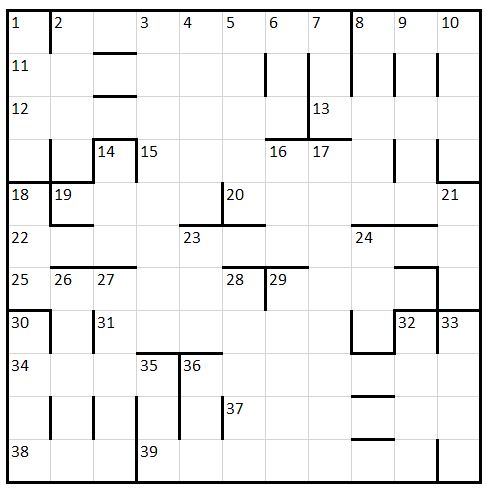 Across
2. Request dividing wagers to small containers (7)
8. Losing heart? Refrain from being enthusiastic (3)
11. Liquid type of metal work (6, two wds.)
12. Strip the skin off captured steer? That's frivolous (7, hyph.)
13. Man's cigar that's imported (4)
15. Singer that's the shortest member in a group of five (6)
19. Solar system initially invaded by alien groups (4)
20. Many a doer of can can can's red hot? (6)
22. Department of a paramilitary organization is engaged in clandestine transactions at the front (11)
25. Employee finally – after retirement – encounters recognition (6)
29/24d. After the initial parts of festivities, one in fifty repeatedly caught a bug? (7, two wds.)
31. Raising matter of Titus regularly getting into leadership position (6)
34. Patrick's final novel was Aware (4)
36. Failure to recollect funny names, among other things (7)
37. Never mind redoing arrangement without gold finish (6)
38. Periodic selection of edgy red colour (3)
39. Articles about acts of repeating things from memory (7) 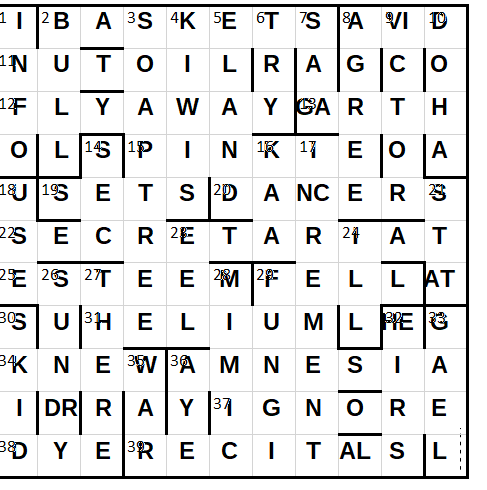