What is a Multietude™ word?

This puzzle is in the spirit of the What is a Word/Phrase™ series started by JLee with a special brand of Phrase™ and Word™ puzzles. 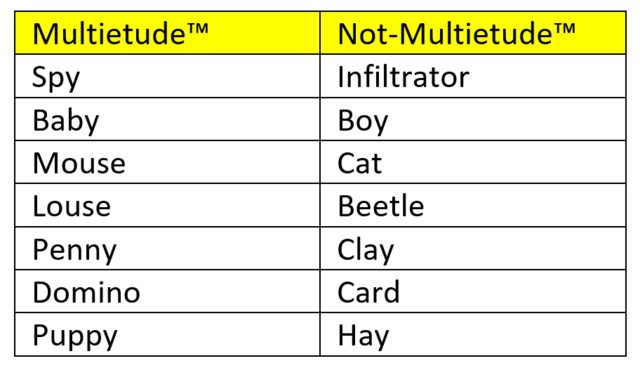 QUESTION: What is the rule to tell whether a word is a Multietude™ word or not?

a noun whose plural involves modifying the word in some additional way than just merely adding an 's' on the end.

For the examples given:

In contrast, the words which are Not Multietude Words:

'Multitude' (without the 'e' in the middle) is a word describing a large number of a particular thing. However, here our 'large number' (i.e. plural) has been modified (with the addition of the 'e') just like our valid cases...